After the PWA Slalom and the Freestyle classix event last year, the world´s best freestylers will be back on the exciting endorheic lake Neusiedl. The event takes already place for the 13th time and was initiated for the very first time in 1998 by Gerhard Polak. 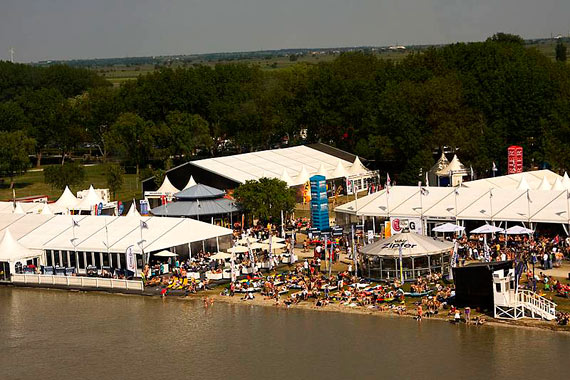 The Austrian freestyleevent will be the first of the 2010 PWA season. From the 30th of April till the 5th of May the world´s best men freestyle windsurfers will fight on 6 days for the title at Podersdorf. The event result will count to the PWA ranking and as well to the EFPT ranking. 30.000 € prizemoney can be won, which will be splitted within the top 16.
Top favourites are the reigning worldchampion Gollito Estredo, who has won the last PWA Freestyle event at Podersdorf in 2008, the gang from Bonaire with Kiri Thode, Tonky and Taty Frans, who won the final PWA Freestyle event on Sylt in Ocotber 2009. And there is as well the Belgium freestyler Steven van Broeckhoven, who dominated the 2009 EFPT tour winning each event.

But there are more names to mention, who could surprise at Podersdorf: German Andre Paskowski, French Nicolas Akgazciyan, Russian Yegor Propretinsky, Canadian Phil Soltysiak, Spanish Antxon Otaegui, Andraz Zan from Slovenia or Austrian Michi Roßmeier. Marcilio Browne will not participate in the event. The big talent from Brasil just announced to finish his freestyle career. Normen Günzlein, who is following a job and has definitely less time to train, is an underdog, who should not be underestimated.

Gollito Estredo, who could win the PWA tourtitle in the Freestyle discipline three times already, announced the following line before the event start: “I will do everything to be the best at Podersdorf”. 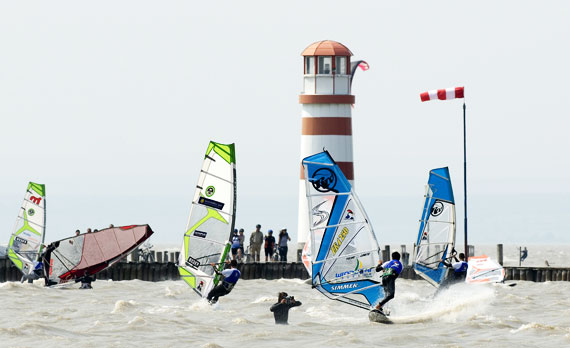 Action in front of the lighthouse in Podersdorf - Pic: Continentseven

Event organiser Gerhard Polak: “We decided to run an event for the Freestyle windsurfers and have a break for the racers in 2010. The great plus is that we have a big show organised, if there should not be any wind on. We will drag the worldbest sailors with a strong motorboat with around 35 km/h above a big iron ramp. So we can guarantee wild action on the water in case of low wind conditions.”

Parallel to the pro-event a windsurfing test will take place at the eventarea. Almost all big brands will be present with their latest 2010 gear and everybody can test the new stuff on the water. While the evening and night hours several concerts and parties on five floors will happen. Thousands of  party guests will have fun and you for sure can meet the superstars and many new friends. Take the chance and join the 2010 event!

We will be there as well to follow the action and will update you with news directly from the beach. We dislocate our office to the beach and would be happy, if you would visit us at our tent there! 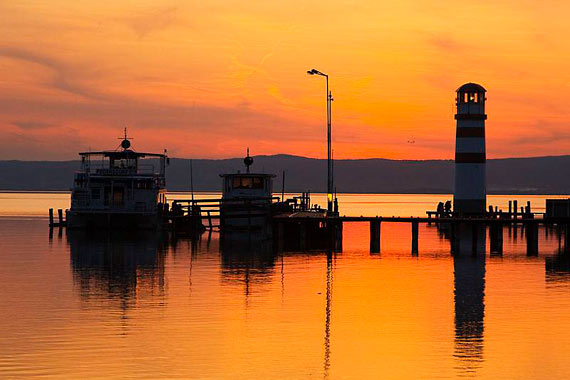 The beautiful scenery while the sunset at the Pier of Podersdorf (Pic: John Carter/ PWAworldtour 2010).

The program of the Freestyle Worldcup 2010