Day 3 was a grey rainy day with some wind from noth eastern direction, which picked up in the late afternoon to 10 to 20 knots and blew offshore. The waves were too small for any wave competition and the wind blew not consistent enough to run any Slalom races. So Duncan Coombs decided to start the freestyle event with the first heat at 17.00. The Slalom racers, who were on hold for the whole day, got released in the meanwhile. 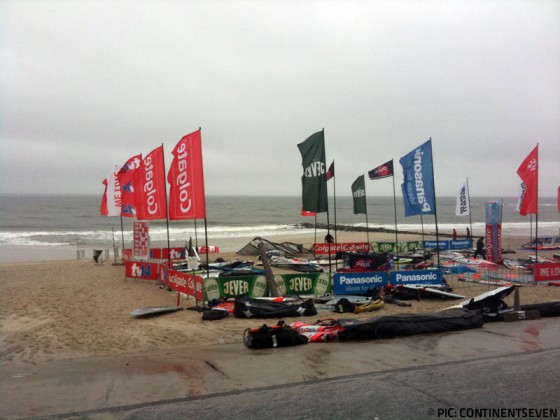 4 heats could be sailed. 3 heats in the qualifying round four the top 32. In heat 1 Paul Zeper and Ricardo Campello passed. Ricardo told us: “My opponent did not show up.” It was Eric Sanllehy from Spain, who missed the first heat. “But this will be the only freestyle event I will attend. My plans for the near future are not to come back into freestyle.” In round 2 former Freestyle worldchampion Ricardo Campello has a tough opponent, current number 2 in the world Kiri Thode. 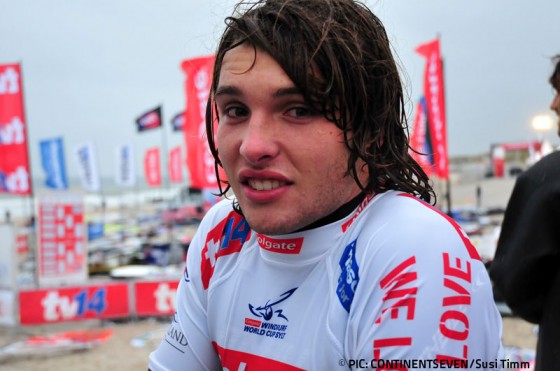 In heat 2 of the day, the conditions were extremely difficult and allowed the riders just to land 2 – 3 moves each heat – Yarden Meir from Eilat, Israel and young German Max Droege passed into the top 32. Yarden, who does not like the cold air too much, told us: “I landed two moves in my heat, a Flaka and switch stance Chacho, which was enough to advance. For me it´s hard to sail in this cold conditions. We perhaps have 2 or 3 days a year with such cold weather conditions.”

In heat 3 of the qualfying round Kauli Seadi, who tried out to compete in the Freestyle discipline again, lost against Italian Nicola Spadea. Kauli had good attempts, but crashed some moves, landed a perfect Ponch, but could not keep up with Nicola, who decided to go on a 5,7. He is used to this sailsize from Italy. Young German Dominik Schönthal also made it through against French Gaubert. 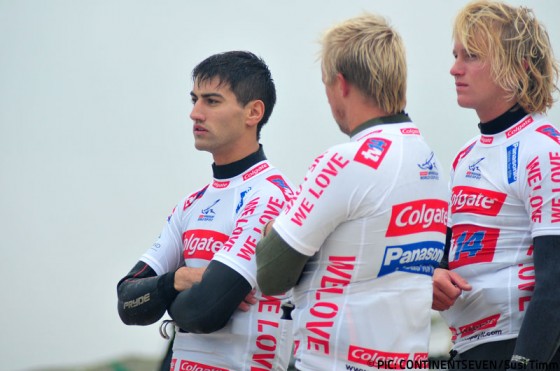 At 17:30 the last heat of the day got started in extremely gusty conditions. It was the first one of round two. And we saw a surprising result: waveexpert Thomas Traversa made it through against Antxon Otaegui. Thomas landed three moves and Antxon only two. Nicolas Akgazciyan made it against Paul Zeper. After some discussions between the head judge and the riders Duncan Coombs decided to resail the heat. But a rule says that a heat can´t be resailed if the result got announced already. So the result was valid and Antxon Otaegui out. 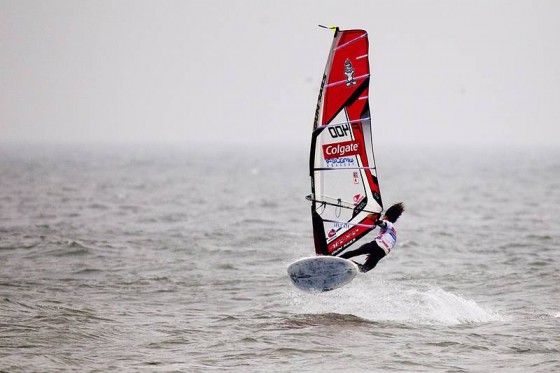 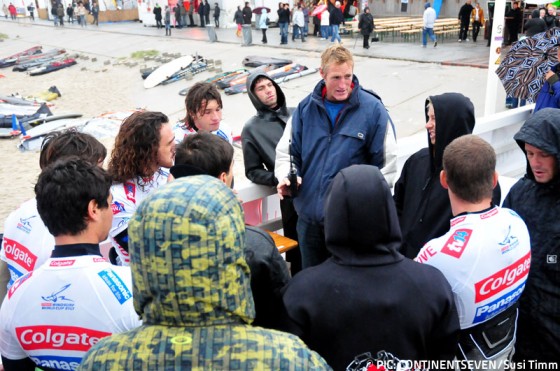 The first skippersmeeting for tomorrow is scheduled at 9.00 for the freestylers. See you on the beach or check out the action on the livestream.

Check out the elimination ladder here.

You can see more pictures of the event here at our Facebook gallery.