In less than 5 days the PWA wave final will be started on Cabo Verde on the island of Sal. Sal is the home of one of the top favourites Josh Angulo. Sal also delivers several worldclass wavespots like Ponta Preta, Alibaba, Curral Joul, Fontona, Ponta do Sino or Rife Parda. Ponta Preta is the best known one, but also the other ones order the swell in clean lines and allow super radical down the line waveriding. 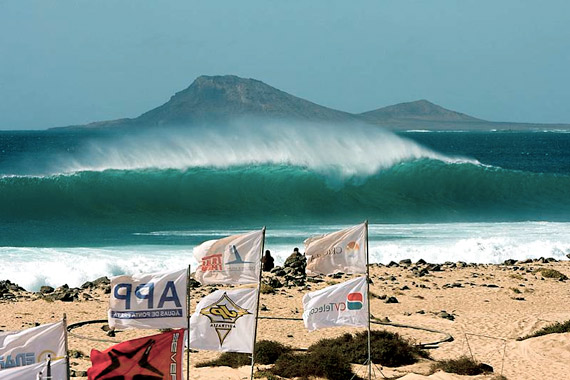 The PWA event will be started on the 14.11.2010 with the registration and run till the 23rd of November. There is a good chance to see at least a full single elimination in 10 competition days. Only 32 sailors are allowed to compete in the 2010 wave final and we will see, who is on the list on the 14th. It looks like that no really old guns will participate, but some almost legends like Jason Polakow, Antoine Albeau or local Josh Angulo are on the list.

The actual starting list contains 31 riders. Since our last update Kai Katchedorian got a place. He is a good friend of Josgh Angulo and had incredible impressive rides on Sal already. He is definitely one of the riders, who knows Sal very well and can challenge almost any sailor. Francisco Porcella, Italian Maui based big wavesailor, also got a place. He has a lot of experience sailing at reefs and can perform well at Sal. The Italian finished in excelelnt 11th position in the 2009 Cabo Verde event.

Phil Horrocks, one of the top UK wavesailors – he just could win the final event of the UK wave tour at Cornwall – got a last minute wildcard. Also in is German globetrotter Florian Jung.

Off the list is 2010 freestyle world champion Gollito Estredo, who is actually positioned in 19th position in the 2010 ranking. Let´s see, if he will show up there. 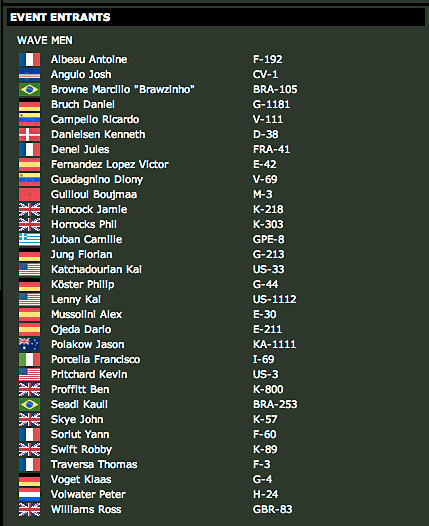 Maddy is right! The flag in front of Camille is the Greek one!!They probably confused GPE with GRE..

not many have come.

it’s not the good flag for camille juban, lol !!