After winning the first PWA Slalom event in Vietnam, Björn Dunkerbeck wins the second slalom event in South Korea as well. In the women´s fleet the French Slalom lady Valerie Arrighetti defies her shoulder injury to triumph at Jinha Beach. 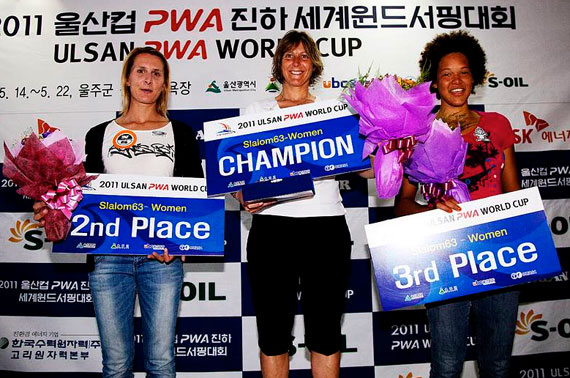 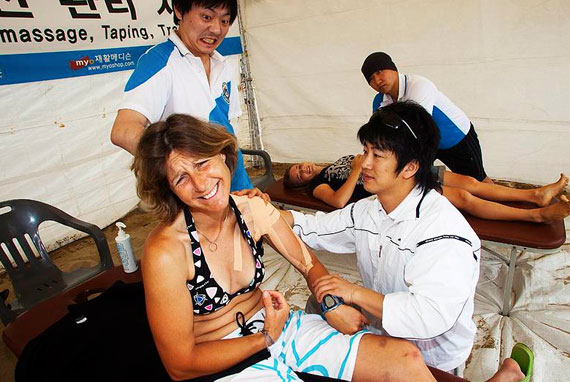 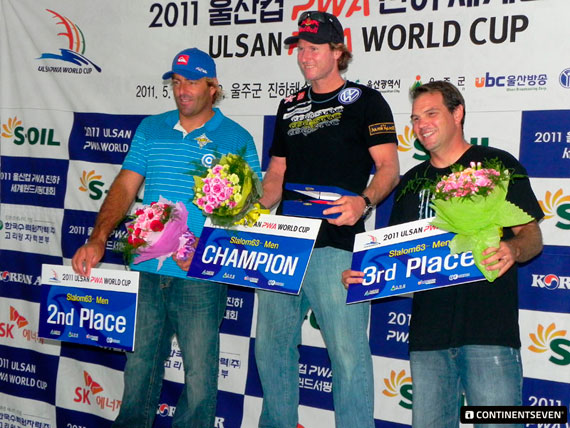 Climbing the ranks through five full eliminations, Björn Dunkerbeck negotiated a dramatic route to victory in the men’s fleet, stealing the event title from under the nose of Antoine Albeau by just a fraction of a point. In the women’s fleet, Valerie Arrighetti commanded the racecourse to top the ranks after four eliminations, with an unequivocal two-point lead over her next closest adversary, Lise Vidal.

At the event in South Korea we saw in five eliminations four different names winning: Björn Dunkerbeck, Pierre Mortefon, Ben van der Steen and Josh Angulo. Only Björn Dunkerbeck could win two races. Although Antoine Albeau did not win one single elimination at Jinha Beach, he could place himself with a constant performance on the second place overall.

Björn Dunkerbeck: “The event started off really well, the wind was good, and I managed to win the first elimination, then in the second race I had a little accident before the semi finals; I hit a rope just before the start, and I missed the start. Then I caught up pretty well on the first leg, but got stuck in a hole after the first gybe, so only finished in fifth. In the third one I went over early in the finals, so that wasn’t great! In the fourth race I won with no problems, and the fifth I was second, so with the one discard I just managed to get ahead of Antoine. It’s good to win here, the fist year I came I was third, last year I was second, and this year I’m first. I’ve won three world cups in a row now, Sylt last year, Vietnam, and now Korea. It’s looking good for 2011.” 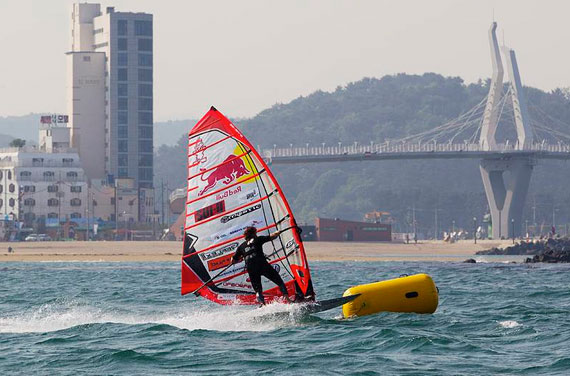 And in the ladies fleet, the two French sailors Valerie Arrighetti and Lise Vidal shared the victories of the four eliminations, two for Lise and two for Valerie, who had in the end the better points.

Valerie Arrighetti: “The conditions have been really difficult here, it’s so gusty. It’s a nice place to be, but the thermal wind hasn’t really blown consistently. I’ve won, but it’s been very difficult for me because of my shoulder injury. At the moment I don’t have enough muscle, and I can’t get enough power when I’m racing. I’m really happy to win here, it really helps me mentally. This year I’ve changed sail sponsor to Gaastra, but because of my injury I’ve had no time to test and tune the new sails, so it’s been really hard to come here and have to tune them during a competition. With everything that’s gone on with me over the past winter, this win really means a lot to me.” 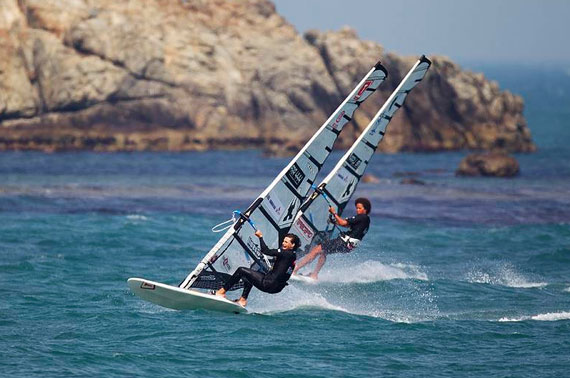 I would rather Antoine win then some guy that should have retired already.

The Legend will keep the fire going. no more AB we need a new champion.