Daida Moreno and Philip Köster were announced as the winners of the single elimination at the PWA World Cup in Pozo, Gran Canaria, after 13 exciting heats in real Pozo conditions. 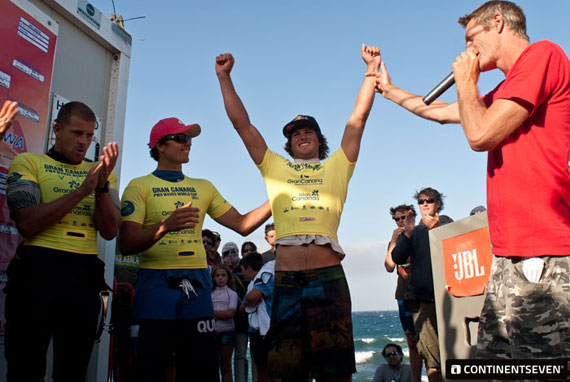 We saw awesome action today on the 4th day of the competition. In 2 meter high waves and 35 to 40 knots of wind the top riders executed more than 10 meter high jumps, a perfect Pushloop into Forward by Philip Köster, the highest Backside 360 of Victor Fernandez and insane Double Forwards by Ricardo Campello, Marcilio Browne, Philip Köster, Victor Fernandez, Kauli Seadi and Robby Swift. 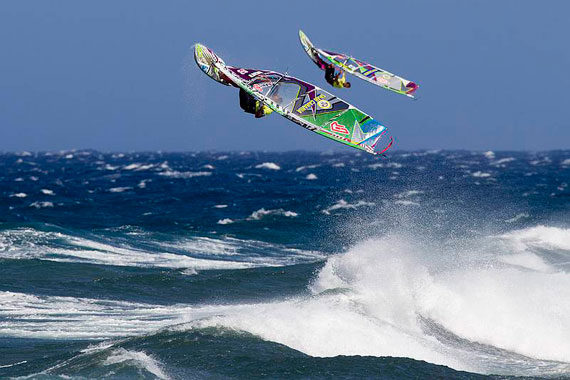 Also the top ladies, especially Daida and Iballa Ruano Moreno impressed with massive airtime in the afternoon of day 4. Daida landed big tweaked Pushloops and stalled Forwards, even tabletop Forwards. Iballa also had massive forward rotations on her score sheets, also went for Wave 360ties, like Daida did and tried Goiters in the onshore conditions.

Overall the level in the ladies and men fleet got raised from last to this year and we can expect an extremely exciting double elimination.

If we take a closer look on the heats of today – 6 heats in the ladies and 7 in the men´s elimination got sailed – we have to mention, that many competitors had an outstanding level in their heats: Alex Mussolini impressed with extremely fluid waveriding, Kauli Seadi, who lost to his fellow country man Marcilio Browne in the quarter final, put a very solid show on the water and will be for sure a candidate in the double, who can make it up a bit. Marcilio seems to be used to the Pozo conditions and scored high in jumping and waveriding. He for sure had some of the best Backside 360ties of the day. In the small final he lost very close to Ricardo Campello in a 1:2 decision. Ricardo Campello took a lot of risk and landed massive double Forwards. He even broke his board while a flat landing. On top of all were Philip Köster and Victor Fernandez. Philip had the cleanest landings of his massive jumps. It didn´t matter what move he did. He landed almost all double Forwards clean, even the Pushloop into Forward. He definitely could go for the triple Forward, if the wind picks up a bit more. In the waveriding Philip had fast Takas, Goiters, Backside 360ties, Wave 360ties and long deep Bottom turns with explosive cutbacks. Victor scored high on his massive Backside 360ties, Takas and clean waveriding. 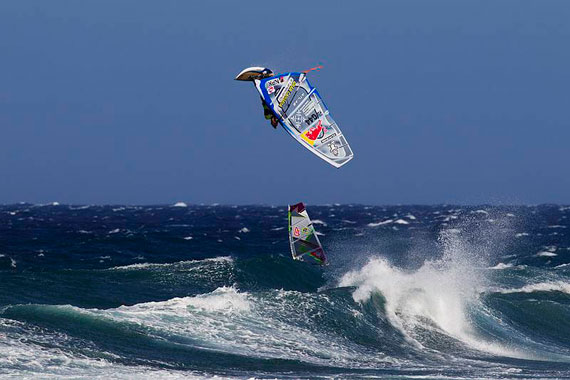 In the end Philip was more consistent and landed the big airmoves saver. Victor did not land his double Forwards so perfectly in the final and crashed several times on his waverides. But he definitely fought and tried to collect points till the end of the final heat. In the end Philip won with a 5:0 judging decision, which put himself in the lead at the first PWA waveriding event of the 2011 season. 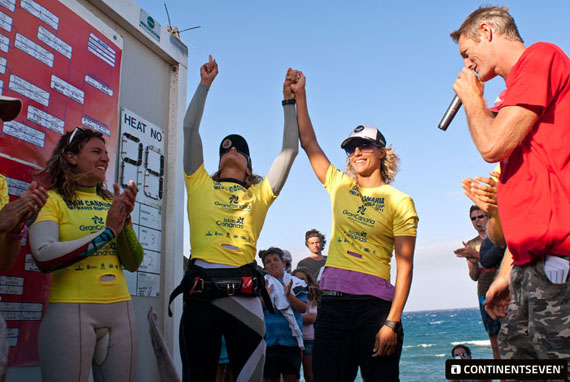 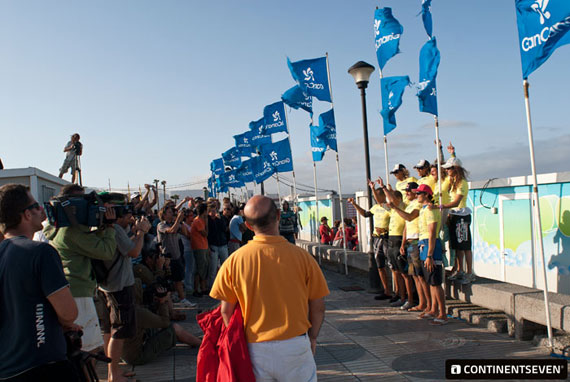 The top 4 men and women