Antoine Martin did a very nice one handed Pushloop during the Tow-In session on the second day of the PWA event at La Torche in France. The waves were big, but unfortunately there wasn’t enough wind to run any serious competition and he had the best jet ski driver supporting him, Antoine Albeau.

Watch the move with a voice over of Antoine Martin. 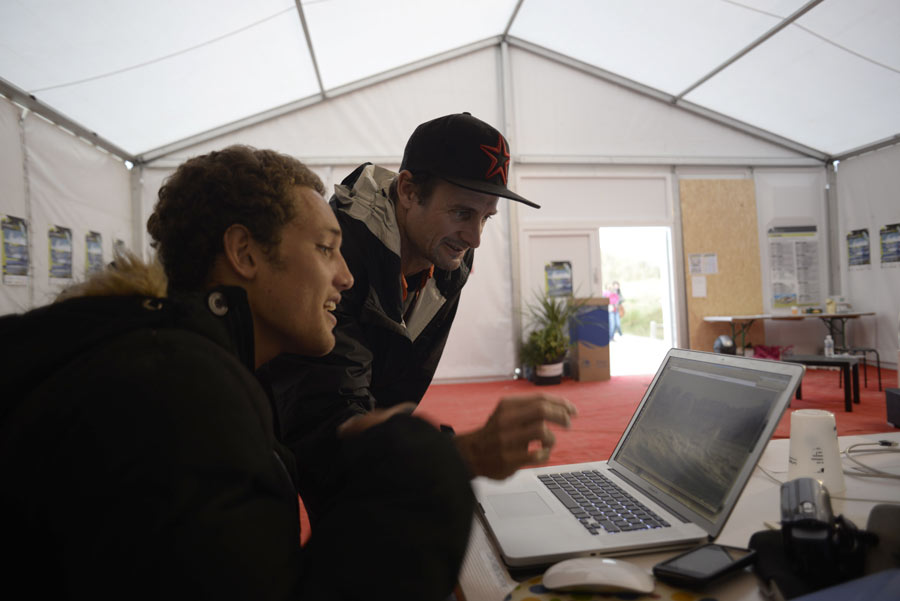