Update 6.4.2015: Freestyle Men event added
A late addition to the PWA calendar is the men’s freestyle event in Leucate, France. The event is part of a bigger sports events, the annual Mondial du Vent. This means the freestyle men get their 4th event, whereas the women are still left with one event.

Update 19.1.2015: Turkmenistan cancelled
PWA: We have been informed by representatives of the main sponsors and representatives of the government in Turkmenistan that it has been decided to postpone the event for one year until 2016. This is being done due to large scale construction projects in the Awaza area that will severely limit local infrastructure and facilities in the area needed for the event during June and July.

Update May 2015: the new wave event at Crozon Morgat got announced. It’s the home spot of Patrice and Thierry Belbeoch. Ladies and men will compete in waves in October. It will be the 4th event for the ladies and the 5th for the men

Sounds like this is what you get when you accept a sum of money and a ‘deal’ with sketchy people and places….
Great job PWA!

news… Dear Friends We have been informed by representatives of the main sponsors and representatives of the government in Turkmenistan that it has been decided to postpone the event for one year until 2016. This is being done due to large scale construction projects in the Awaza area that will severely limit local infrastructure and facilities in the area needed for the event during June and July. This was completely unexpected by the sponsors and the organizers and preparations for the event had been moving forwards well. We do expect the event to return for 2016 however. More news as… Read more »

Notice another thing, the overlap in dates between the Austria and Korea events. How were they thinking of doing that? Ship the whole circus in less than a day? And what about the sailors who compete in both slalom and freestyle discipline? I’m thinking Taty (9th in both in 2014)

The PWA – Poor Windsurfers Association, or Poor Windsurfing Amateurs is not taking the women seriously. I suggest the women break free from the PWA and make their own tour. The calendar looks okay, but not for the women.

Just checked the PKRA world tour calender as I didn’t have any comparison how they are set up. Regarding the fact that kitesurfing is much bigger and more in focus of media I would have thought they should have more stops (especially for wave only 1 event?). For brands outside the funsport industry the question will probably be, with which sport do I build more image and reach the target group I want? As kitesurfing is much more famous nowadays and I would think the target group is more homogeneous, a brand would probably rather invest in that sport than… Read more »

“kitesurfing is much bigger”, do you have concrete numbers? I would guess, sell numbers are almost equal. In wavesailing, windsurfing is probably bigger. But as this is only a speculation, I would be really interested in precise market data. Is the windsurfing market slightly growing again after its decline in the 90s? Many people claim this. Other say there is still stagnation. In my opinion, reason for low sales is not only to see in the emergence of new fun sports, but also in the fact that a majority of consumers have less money and time. Employments are more uncertain… Read more »

…in the wave section windsurfing is probably bigger…

“kitesurfing seems much bigger” would have been more correct. I don’t know any figures of the market. Just compared the number of pages and tests of the German kitelife and windsurfing annual with gear tests, and the kite issue contains much more tested products and ads.

Okay, but I think that’s not an indicator for the (market)size of both sports. Both magazines are from the publisher Terra Oceanis, which is not reallly focussed on windsurfing. They had the windsurf journal in paperform before, but i.m.o. the quality of the articles wasn’t as good as in other magazines (e.g. Surf magazine). After a while they have stopped it, so in the company there is a greater interest in the still existing kite magazine and other kind of sports. That’s probably the reason why there are less tests/ads in their windsurfing annual than in their kite magazine. If… Read more » 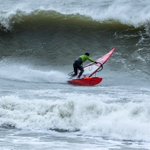