With less than a week to go before the second chapter of the PWA freestyle world tour kicks off, Paul Griffiths from the PWA caught up with Andre Paskowski (Fanatic, North) to get the inside line on Lanzarote. 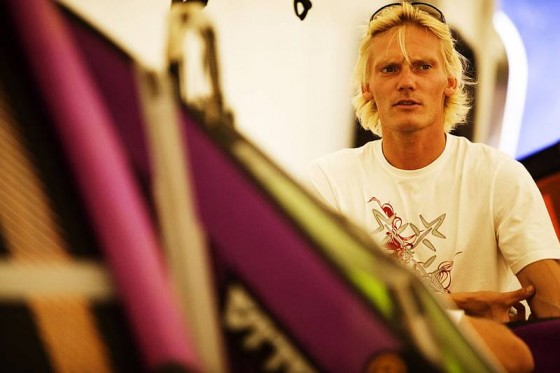 PWA: Firstly, what conditions can we expect in Lanzarote?

Andre Paskowski: “I’ve just checked the long term forecast and it isn’t predicting any huge storms or swells, but Lanzarote can always surprise the sailors. It’s the only place we have on the tour where conditions, and results, can vary hugely. There could be strong winds and big waves where guys like Antxon Otaegui (JP, NeilPryde), Jose ‘Gollito’ Estredo (Fanatic, North) and Tonky Frans (F2, Gaastra) who are good at jumping will be out in front. But, we could also get lighter winds and flat water in which case Kiri Thode (Starboard, Gaastra) and Steven Van Broeckhoven (F2, Gaastra) will be very strong.”

PWA: What size gear will most people be on?

PWA: What sort of moves will we see?

AP: “For me, Lanzarote and Fuerte are the most spectacular spots on the tour for freestyle. The swell allows the riders to pull off the latest flat water new school moves as well as high jumping big air moves. It all depends on the rider though. For example local rider Antxon will be hunting down big ramps to do doubles, air chachoos, and pushloops which score highly. Whilst the young guys like Davy Scheffers (Tabou, Gaastra) for example will try to find flat water to perform all the new switch and normal stance moves. It’s a really tough place for the judges to decide what should score highly.” 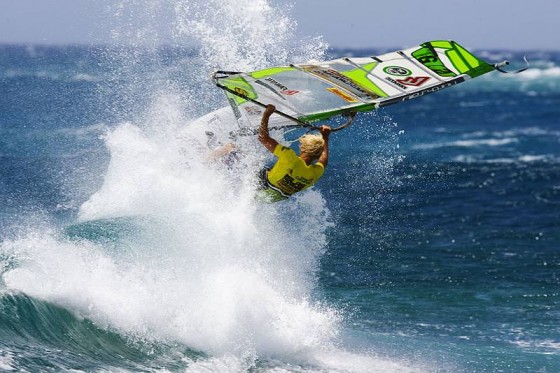 Andre playing with the waves at Lanzarote 2009 – Pic: PWA/John Carter

PWA: Who should we watch out for in the men’s fleet?

AP: “In Lanzarote you have to be good at everything, and for me that means Gollito will be the one to watch. He combines big jumps, with plenty of style, and can also nail the newest of moves. I think Kiri and Steven will be his biggest threats. But, you can’t rule out the Frans Brothers, Taty (Starboard, MauiSails, Mystic) and Tonky either. After those guys there is a long list of riders who can perform well in those conditions. Scheffers, Nicolas Akgazciyan (Starboard, Gun), Antxon (if it is really windy he will be difficult to beat), and Anthony Ruenes (Tabou, Vandal) who still impresses everyone with his huge shakas.”

PWA: Who should we watch out for in the women’s fleet? Will anyone be able to beat Sarah-Quita Offringa (Starboard, Vandal)?

AP: “I saw Sarah-Quita in Jeri, and despite her injury, she was looking back on form then, and well repaired, she’s pretty much unbeatable. I think it will be more of a fight for 2nd place.
Laure Treboux (Fanatic, North) is pretty motivated after last year when she was unlucky during the Fuerte contest. Also Yoli de Brendt (Fanatic, North) has been training hard this year.”

PWA: Are there any unranked sailors that you think could do some damage?

AP: “For me the most underrated sailor so far is Davy Scheffers. Due to the seeding he hasn’t been able to show his full potential yet. If the conditions are lighter he will be deep inside the top 10.”

So there you have it, a mixed bag of conditions should ensure an all rounder takes the title! But, watch out for those that could sneak past the radar and take down the big guns if they have their day!