NorthSails released their new 2011 racing sails relatively early in the last week of November 2011. There are insider opinions, which say that this racing sail should be one of the best performing products for 2011 the team with Kai Hopf and Cyril Moussilmani made. Perhaps we will see Cyril Moussilmani making it on top of the Slalom ranking next season. He already finished in third position in 2010 in the PWA overall Slalom ranking. And there are some other strong teammates on the Warp like Jimmy Diaz, young Pierre Mortefon, super fast Patrick Diethelm or Brazilian Paolo dos Reis on the Formula board or young French lady Alice Arutkin. Maybe Northsails will invest in another big name for the 2011 PWA circuit. We don´t know yet. 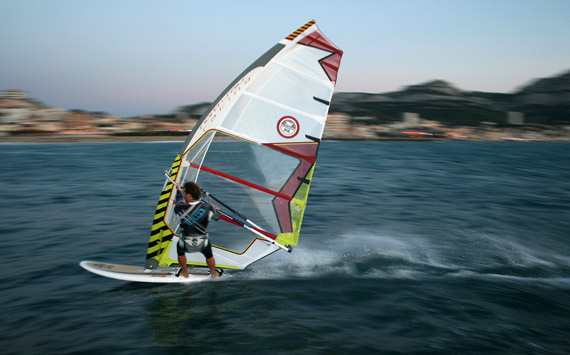 Cyril Moussilmani at his homespot on the brandnew North Warp 2011 (Pic: Northsails). 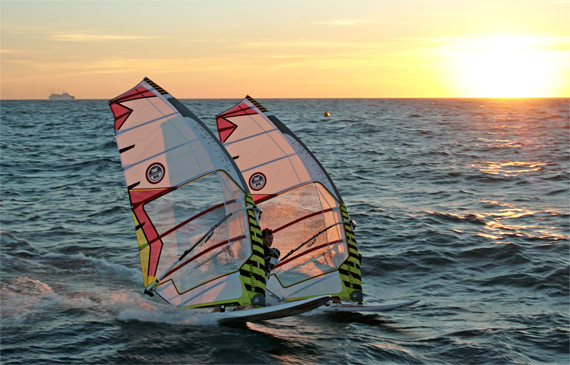 The new Warp 2011 in the sunset session (Pic: Northsails).

Top Northsails racing teamrider Cyril Moussilmani (F-71) gave following comment on the new warp: „The last year‘s WARP was a revolution regarding its superfast acceleration, an attribute that is for sure the essential factor for winning races. The Instant. Rotation concept, NorthSails has developed for 2011 is definitely the next step and it works perfectly. The whole sail is rotating even faster now and the result is better acceleration after jibing and therefore a lot more performance. I currently don‘t know what to improve next year, as it feels outstanding! But I am sure, we‘ll find some details again!“ 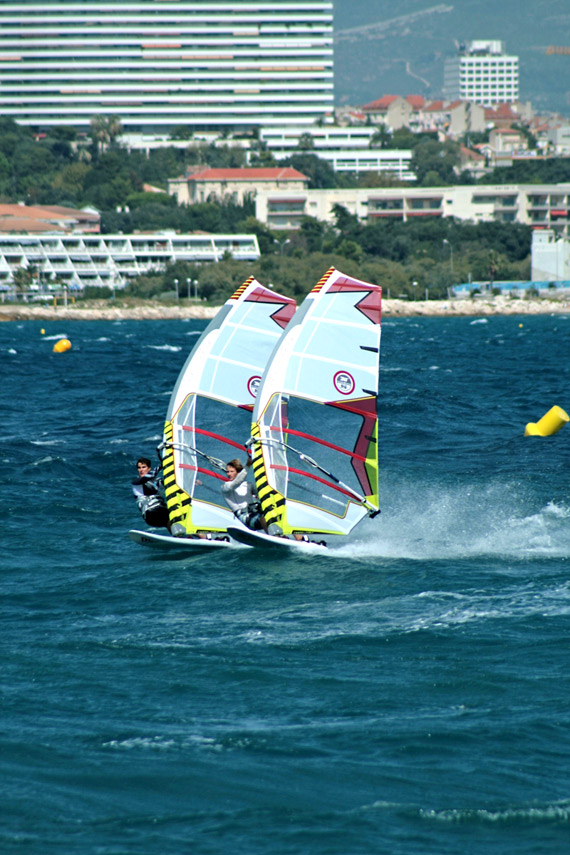 REFINEMENTS FOR 2011 are (read detailed infos in the full press release below): 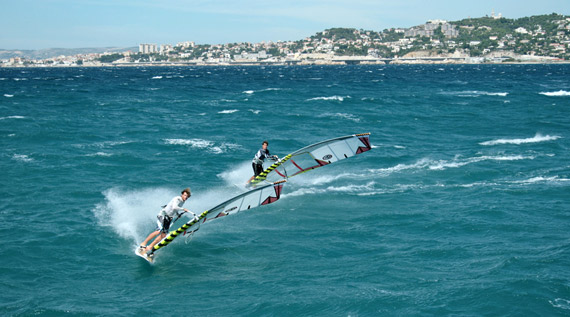 Cyril and Pierre carve through a jibe (Pic: Northsails). 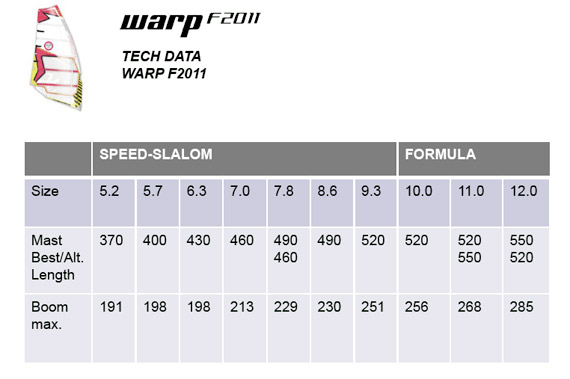 All sizes and specifications of the 2011 North Warp (Source: Northsails).

chris2017-01-19T15:45:45+01:00December 5th, 2010|
Subscribe
0 Comments
Inline Feedbacks
View all comments
This website is using Google Analytics. Please click here if you want to opt-out. Click here to opt-out.
0
0
Would love your thoughts, please comment.x
()
x
| Reply
We use cookies to ensure that we give you the best experience on our website. If you continue to use this site we will assume that you are happy with it.OkNoRead more