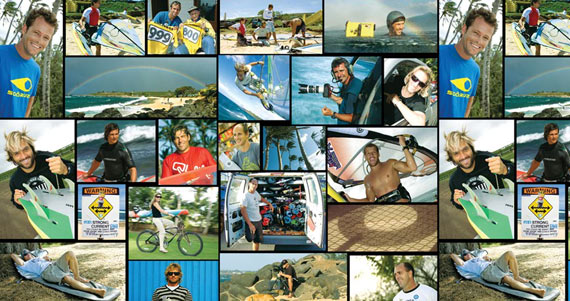 NeilPryde announced their Team Pryde for 2010 some days ago. The team, consisting of 12 sailors, got definitely smaller, but has many topsailors among themselves: wordchampions like Antoine, Kauli, Ricardo, Jason or Micah.
7 of the 12 are riding for the JP team as well. 9 of the 12 are participating in competitions and just one sailor of the team is a freestyler. Let´s see if NP, the brand, which has dominated the constructors PWA ranking by far, will also grab this title in 2010.

There a big opponents out there. Just think about Gaastra or perhaps Severne.

Let´s have a look on the teammembers 2010

“These riders are amongst the best in their field and share a huge passion for Windsurfing. We are honored to have them represent NeilPryde”, the NP marketing stated about their team.

yeah exactly…. Probably Andy Chambers and Normen will stay with neilpryde but not in the international team (only national).So you can expect that soon or next year they will change for an other sponsor because the deal that they will get from neilpryde as non international member will suck for them.Especially normen I think. We will see. Klaas was not the only suprised. Jonas Ceballos also is in tuff situation (thanks to fanatic). I mean what this is all about? Those two guys are in Pwa wave top 5.They are well known an one of the most respected sailors on… Read more »

and andy chambers ?
and normen gunzlein ?