Morgan Noireaux in “One last swell before summer” – Video

“One last swell before summer” is a raw and uncut 4 minutes long video of wave windsurfing from Morgan Noireaux filmed on Maui. As Maui was preparing for summer, a rare late season swell built in the Northern Pacific and it was the perfect opportunity for Morgan to connect with legendary windsurfing film maker Jace Panebianco to film this edit which includes some of Morgan’s favorite wave rides from the winter at Ho’okipa and Lanes on Maui’s north shore.

Morgan Noireaux, the three times Aloha Classic Champion, lives in Haiku on Maui’s north shore, just a few minutes away from the wave sailing Mecca of Ho’okipa beach park. He doesn’t miss any conditions. It’s great to watch his riding and how he lands his moves in the waves. 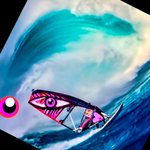 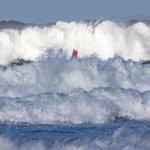