Marta Hlavaty about her 2010 Formula Worldtitle

After winning the Formula Windsurfing Worldtitles in 2008 and 2009 the Polish top racer Marta Hlavaty (POL-111) arrived very optimistic in Mendoza at Lago Potrerillos, Argentina, to defend her title. Despite the ladies fleet was quite small this time – only 7 girls were fighting for the worldtitle in the Formula discipline – Marta (27) could proof again, that she is dominating the extremely technical discipline. Congratulations to her third worldtitle. Read more in the following interview with the world champion from Poland, who is following the racing disciplines since 11 years! 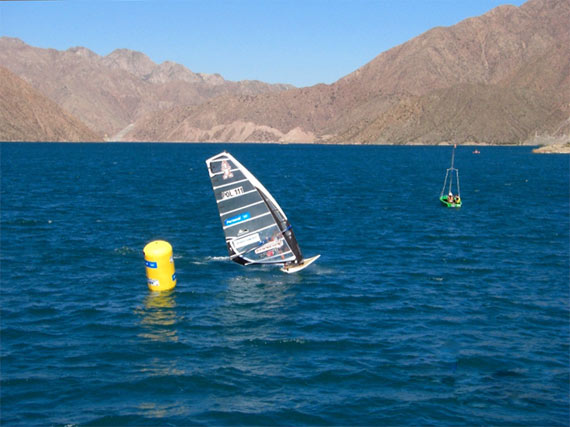 C7: You are winning one title after the other in Formula windsurfing! What´s the reason for that?
Marta: I think the main reason is, that once you win it than you’re getting more confidence that you can do it. Besides I train a lot all the time: Formula, RS:X and Slalom. So I think I’m just in my best time now. I feel strong on the water!

C7: Would you´ve wished to see more girls participating in the Worlds?
Marta: Of course! I hope one day we’ll have 40 girls at the starting line. I’m really dissapointed that still so less girls from RS:X are motivated to do that discipline. It’ s really great, fast and exciting racing, and at least perfect training in strong wind for the Olympic class. 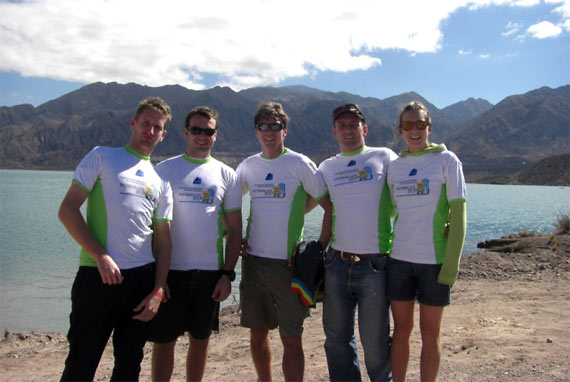 Marta and almost all Polish competitors, next to her brother Pawel.

C7: What´s the reason out of your view that so less girls participated in the championships this year?
Marta: For sure the main reason was that Mendoza in Argentina is so far from Europe, and it was an expensive trip to get there.

C7: The championships took place on a lake 1500 m above sealevel? Were the conditions much different to the places you had Formula competitions so far and was it difficult to compete at Lake Potrerillos?
Marta: Honestly I was a little bit afraid how it will be on the Lake Potrerillos. I was sure there will be really little wind there. But every day we had perfect 18 -22 knots. It was easier beacause of flat water, but difficult cause it was shifty and gusty. I heard some guys saying, that the wind in this height is so difference, because the air is thinner there. But I didn’t feel it so much. When the gust came, it was just strong like always. Mostly I felt this altitude while jogging in the morning, hehe. On the first few day I could really feel my short breath. 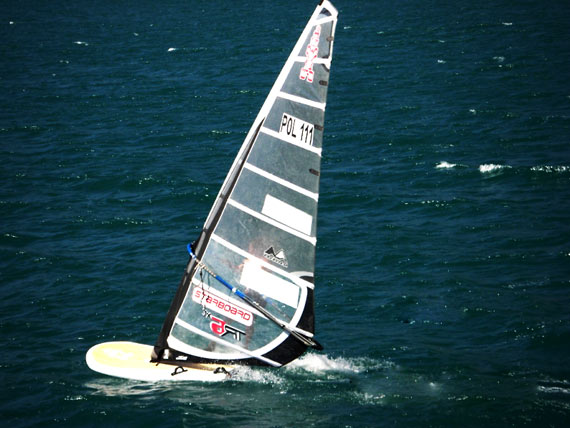 Marta with well tuned gear, one of her secrets.

C7: Who were your hardest opponents this time or didn´t you feel any pressure from anybody this time?
Marta: My hardest opponent was Morane Demont. This young competitor from Martinique did a really great progress lately and I’m pretty sure in upcoming years she will be very “dangerous” and one to win the title. 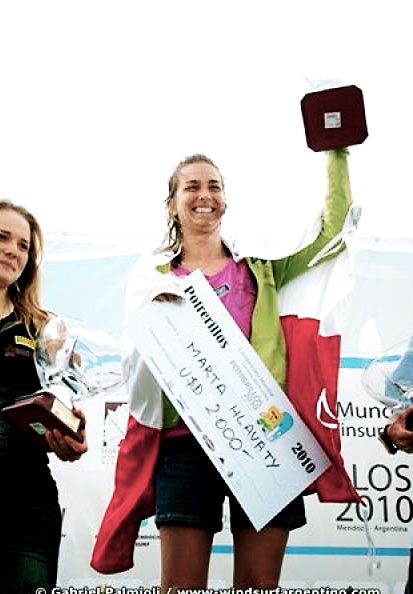 C7: You had to discard first places in the end! Did you expect to dominate that much again?
Marta: No. I didn’t expect that. Honestly I was preaperd mostly for a fight with Allison Shreeve and Sarah Hebert, but unfortunately they didn’t come.

C7: While the wintertime you had a cast for 7 weeks. Did that influence your performance in a negative way?
Marta: I was worried a lot about this injury. But it’s luckly not much to talk, because the arm is working better than I thought. It didn’t hurt so much so far and didn’t trouble at all. Moreover last 4/5 weeks, I could train a lot with this cast, just without using the left wrist.

C7: You were using the older Starboard Formula 161model, but new Mauisails. Was this the best mix?
Marta: I think so. Honestly, because of this injury, I was not able to test my new equipement fully. So I decided to compete mostly on what I liked last year, to avoid as much stresfull elements as I could just before competiton, Instead of running and changing sails I choose to focus on preparing my wrist for this event. I just got a new 10m TR6 MauiSails there, straight from Hawaii, so I decided to try it once, and as I liked it a lot from first sailing I just stayed on it. 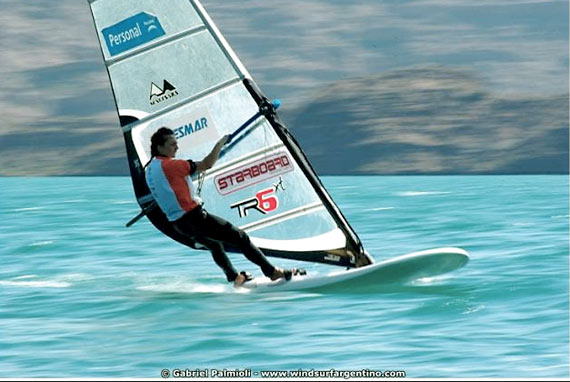 C7: Do you see yourself as a favourite in the PWA Slalom discipline as well and will you go for the whole tour?
Marta: To win against Valerie and Karin will be very difficult for sure, but I feel I’m getting closer every year. Once the breakthrough must come. I hope I’ll manage to do 3 events of the 2010 tour. For sure I’ll try to do as much as possible, because I love the Slalom discipline.

C7: Would you like to see Formula back on the PWA tour again?
Marta: Yes, that would be great.

Thanks a lot for the interview.  And don´t forget to check out Marta´s website!