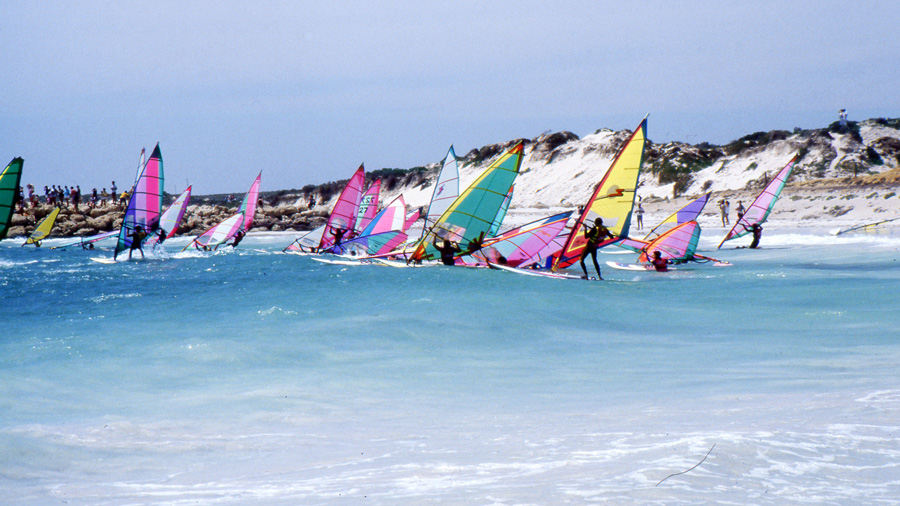 A shot from the first Lancelin Ocean Classic back in 1986 (Pic: Simon Rackleft)

The 2015 Lancelin Ocean Classic, the 30th anniversary, saw results in both disciplines, the wave event and the marathon.

It was a very close series of heats in the wave event, but Jaeger Stone (24) took home the trophy for the 2015 Windsurfing Wave competition, ahead of Dieter Van Der Eyken (22) from Belgium – ranked 5th in the PWA ranking in freestyle in 2014 – and local Ben Severne, who runs Severnesails and Flying Objects.

Dieter van der Eyken: “Entering the Elite men meant there weren’t going to be any easy heats and for the first heat I was straight away against Scott McKercher to make it into the top 4. I had a good heat but knew I could have done better, so hearing I passed this heat and not being kicked out straight away got me fully motivated for the next heat against Ben Severne. With 3 waves and 3 jumps to count in a 10 min heat there was not much time for mistakes. I got a perfect rythm that heat and sailed better than I ever sailed before in a wave contest combining good top turns with fast takas and backside 360 to get into the final against Jaeger Stone. During this last heat I couldn’t really get into the same rythm anymore and obviously lost against Jaeger who sailed just at another level than everyone landing a backloop even higher than the Helicopter that was flying above the contest area for pictures. For me, I already won my contest by getting to the final and securing a 2nd place in my first international wave contest of the year.”

You can read Dieter’s full report about the event on his blog: 2nd place at the Lancelin Ocean Classic 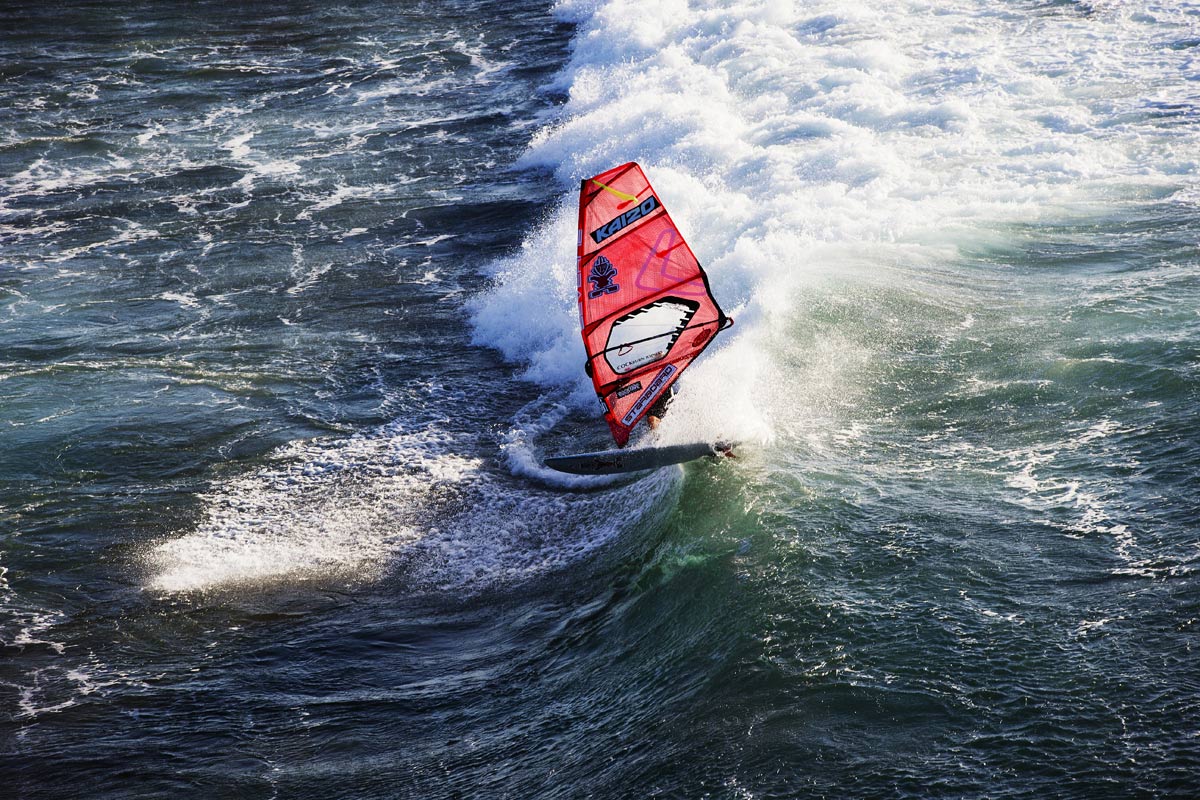 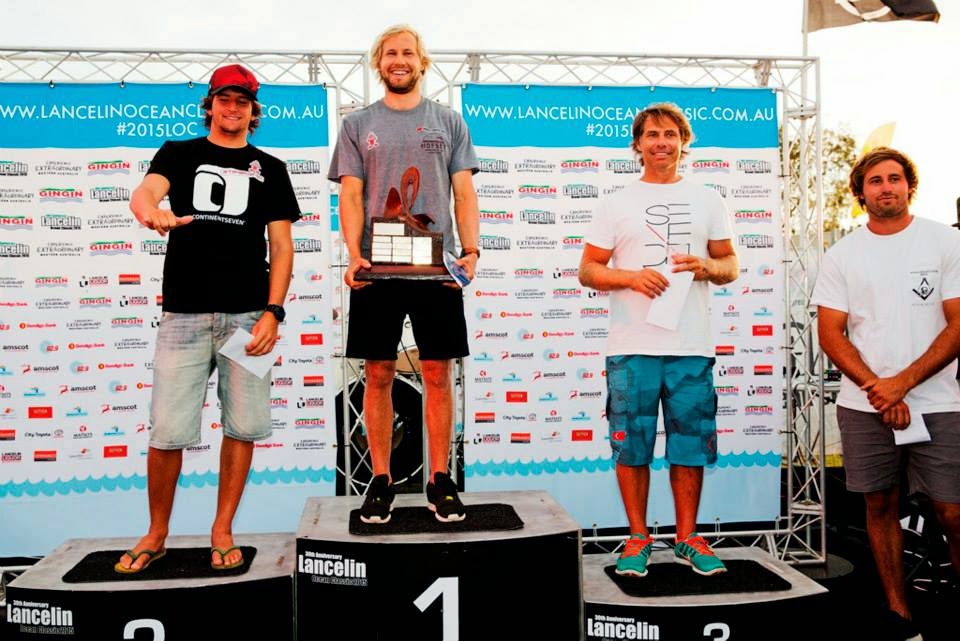 The favorites won the titles in the Marathon from Ledge Point to Lancelin. Steve Allen (41), PWA Slalom racer and top Formula racer, crossed the finish line first in the 25km windsurfing marathon for the third year. Winds blew at 15knots, gusting to 20knots creating challenging conditions for all competitors. Steve had a time of 28.17 minutes, beating his 2014 time of 29.59 by more than a full minute. He was using a 107 liter Slalom board with a high end 7,8m Slalom racing sail.

“For a really fast run, conditions were perfect. I’m happy to win but I think I could have finished a little bit quicker, but my uni broke on the second reach and I had to nurse it for the whole the race. I had a very average start, maybe seventh or worse but quickly I was just passing them one by one. Patrick, who placed second, is a very fast sailor, and while my start was bad luckily he’s was a bit worse!” Steve Allen (AUS-0) 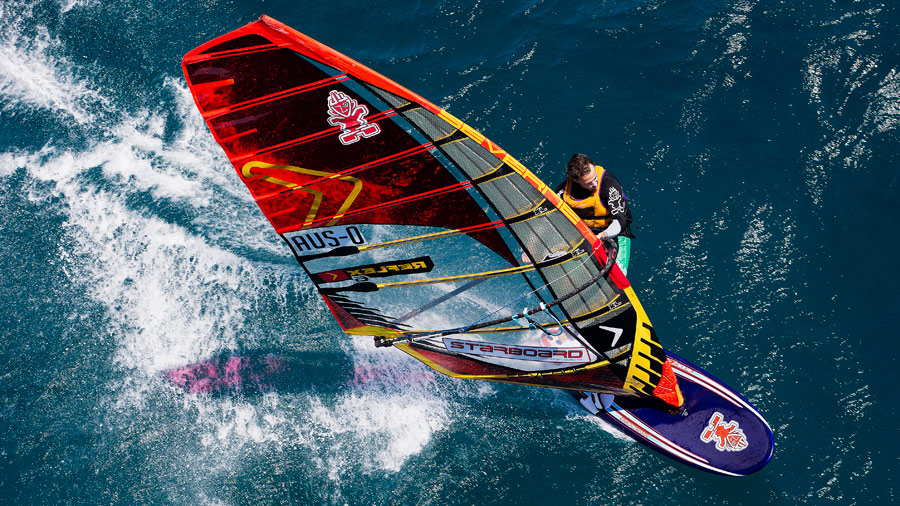 On Steve’s heels was world class speeder and shaper Patrik Diethelm (42) – he had the fastest 500 m speed at the 2014 Lüderitz event with 51,18 knots on the 500 (3rd fastest speed windsurfer in the world) and Rowen Law. Björn Dunkerbeck and Peter Volwater, previous winners in 2011 and 2012, did not participate this year in the marathon.

Karin Jaggi (43), who had a comeback on the racing course after her baby break won the ladies fleet with an impressive time of 32.57 minutes, was beating many men and kept her first female contenders Maeli Cherel more than 12 minutes behind her.

A shot from the first Lancelin Ocean Classic back in 1986 (Pic: Simon Rackleft)

Maeli Cherel with the sharp view on the finish line (Pic: Angus Souter)

Off to the first mark (Pic: John Carter)

Some seconds after the start at Ledge Point (Pic: John Carter)

Some moments before the start at Ledge Point (Pic: John Carter)

See all results of the 2015 Lancelin Ocean Classic: