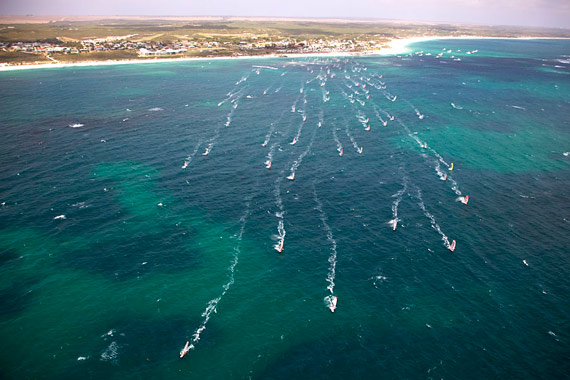 Ledge to Lancelin - the race is on (Pic: John Carter).

With film crew, cameras and helicopters everywhere you would be forgiven if you thought you were on a movie set. This was going to be the biggest Lancelin Ocean Classic in the events 25 year history. All the big names had confirmed: Bjorn Dunkerbeck, Steve Allen, Robby Swift, Patrik Diethelm, Peter Volwater, Karin Jaggi, Jesper Orth, Dani Aeberli and many more. Then of course you had all the local Australian hot shots in the small fishing town of Lancelin.

“With Lancelins population of 800 people swelling to 5000 over the 4 days of the event the excitement and atmosphere was awesome.”

With small swell on Thursday the head Judge decided to delay the wave sailing until the next day as the forecast was for a big swell and stronger winds on Friday.
The wave event started on Friday with a solid swell and light winds. Due to these conditions the head judge decided to count 3 wave rides with 15 minute heats. This was surely going to give the guys with local knowledge a chance to win this event as some of them are awesome wave riders and know this break really well. The semi finals brought the cream to the top with local boy Ben Severne against previous year winner Glenn Alexander and 2 of the big internationals Pros against each other on the other side of the draw, Peter Volwater against Robby Swift. 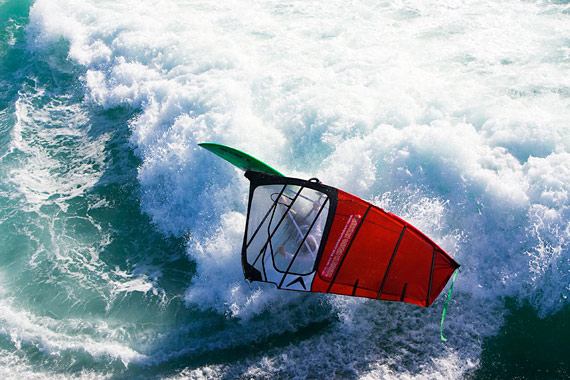 With the wind building the stage was set for an amazing final which would feature the two winners from the semis Ben Severne and Peter Volwater.
Ben Severne managed to pull off the perfect wave in the final with a clean wave 360 straight into an aerial helping him clinch the victory in a very close final. 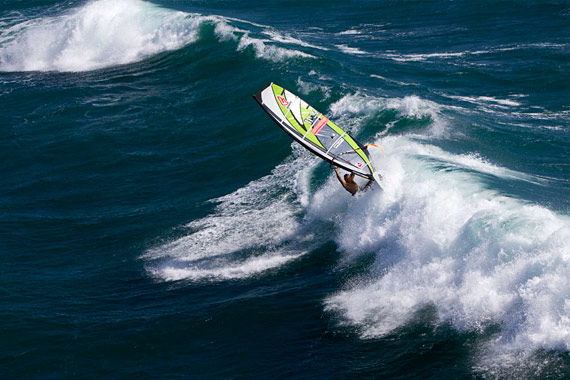 Peter Volwater made it into the final (Pic: John Carter).

The iconic Ledge to Lancelin Marathon attracted over 200 competitors a great increase from the previous year. The forecast was for 18 – 23 knots, which would be perfect for the legendary event that would take the competitors on a 26.25km race up the Western Australian coast. With an hour to go before the event the winds were still light and many rigged big sails including Bjorn Dunkerbeck, who rigged a 9.6m. The forecast was still for 18 – 23 knots. Many competitors thought, that the wind would not arrive before the scheduled start of 1400h. 30 minutes before the scheduled start the race director decided to move the 1st mark to allow all competitors to make it on a reach. This would mean a 15 minute delay for the start and effected a major twist in the 25th running of the Marathon as in these 15 minutes the wind picked up to 25 knots. With the experience of winning the previous 2 years, Peter Volwater quickly grabbed a 7.0 m plus the 110 liter board.
This would be the decision that would win him the race. As the race started the wind kept picking up and the guys, who has gambled on the smaller gear, were laughing. Bjorn struggled to hold down a 9.6 and a 131 board in the testing conditions, despite this he managed to post an impressive 5th place. Steve Allen had a better race as he was on the smaller board and finished in 3rd behind Patrik Diethelm, who was also on a big set with a 9,0 and a 135 liter board with a 42 cm fin. Peter Volwater was on the 7,0 plus a 110 liter board. Patrik, who was his hardest opponent, could jibe around the first Crayboat mark in first position, but Peter overtook him later. The Swiss speed specialist Diethelm could reduce the distance on the deep downwinders a bit, but lost on the legs, which were more cross wind.  But the race proofed the excellent performance of his new shapes. Finally Peters could take the 3rd win in a row with a gap to Patrik of about 12 seconds only and showed, that knowing the conditions and area really helps. He walked away with a cash prize of $6000 AUD. Big congratulations, Peter!!

Local hot shot and previous winner Dan Engdahl came 4th which is a great result against these full time athletes.

Karin Jaggi had a great race, fully powered up the 7,8 plus 68 cm wide board, winning the ladies division by a good margin in the challenging conditions. 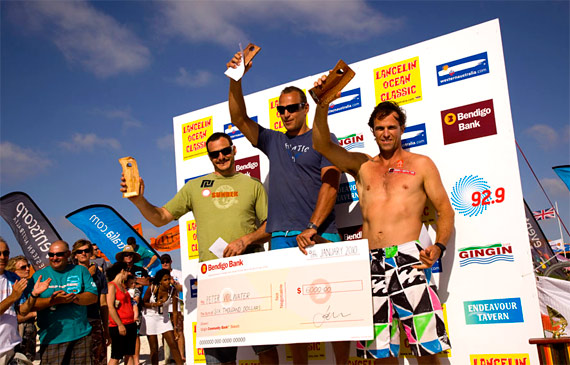 The after party was off the hook as usual with many people partying into the day light and beyond. 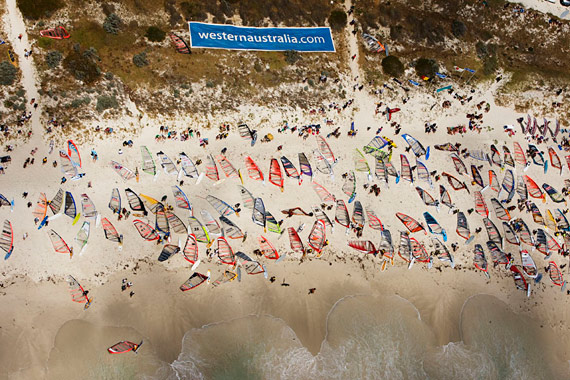 The 2010 Lancelin Ocean Classic was everything you would expect from a world class event in Western Australia: great waves, great wind, relaxed atmosphere and plenty of fun.
A huge thanks to all the volunteers and sponsors as without them we would not be able to run such a world class event.

More of the photos from the helicopter would also be great. Love that long distance one of the start (207 entrants listed in the results).

nice, but do you have any video footage? would love to see some action from lancelin.