The first two days of the second edition of the Reunion Wave Classic are done. Both days saw excellent conditions on the two main windsurfing spots at the south western coast of La Réunion, at La Ravine Blanche and L´Etang Sale. La Ravine Blanche is a tricky spot with the most difficult but best conditions on the whole island, but has massive sea urchins. L´Etang Sale offers great waves, but a bit lighter wind. 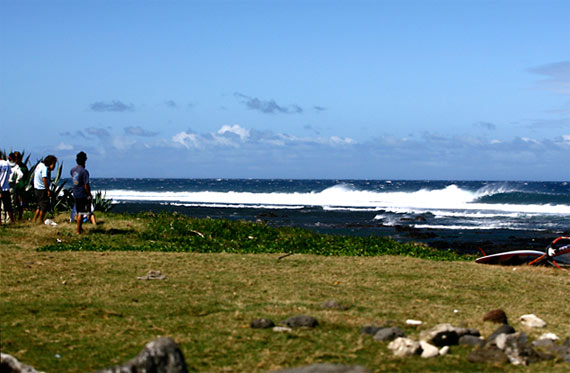 4 teams are figthing for the this years title. each team has one local as the teamleader. He knows the spots, the specific secrets for each spot and much more.

The first round on day 1 has been sailed at Ravine Blanche. After a free session in the morning of the firts competition day, on the 26th of August, at Etang Salé, a 2 hours long competition was held at Ravine Blanche in the afternoon and saw a successful first round of  the “Reunion Wave Classic 2010?. 4 heat swith a duration of 25 heats were sailed. Except Pierre Godet – he could win his heat and confirmed his extremely high skills. Not without any reason he got voted as the best local rider in 2009! The conditions were excellent with 30 knots of wind and 2-3 m high waves. 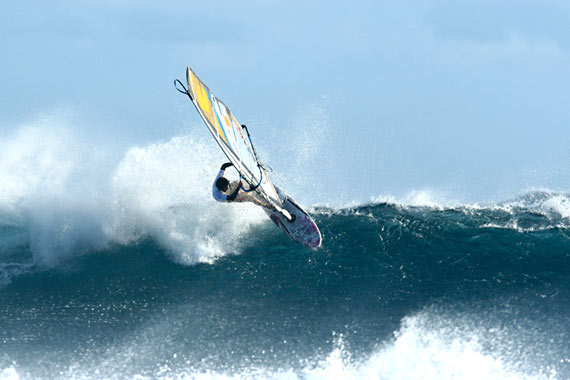 The second round  took place in L´Etang Sale´ today – it was teh second competition day, in glassy 1 to 3 m high waves and 15 to 25 knots of wind, which blew offshore. The whole round could be finished there.

One rider of each team could collect points in its heat. It looks like the pro sailors, who collected  big experience all around the world, took the big points on both days easily: Thomas Traversa, Camille Juban, Julien Taboulet or all year globetrotter Fabrice Beaux. And the wind- and waveforecast for the weekend is very well. So we can expect many more rounds! Overall 9 more days are to go at the this years competition! 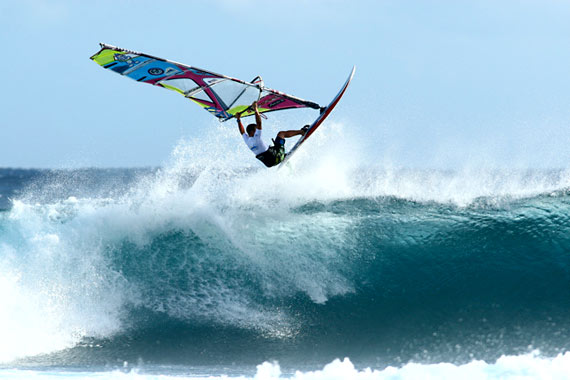 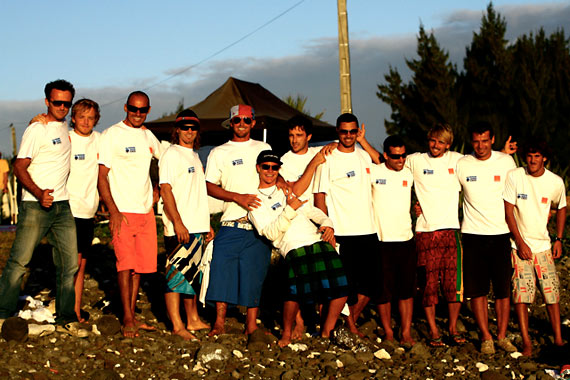 Team’s ranking after 2 rounds after 2 days :

Pierre Godet’s team is still leading, but Zabala’s team take the 2nd place with just 2 points over the 3rd team. 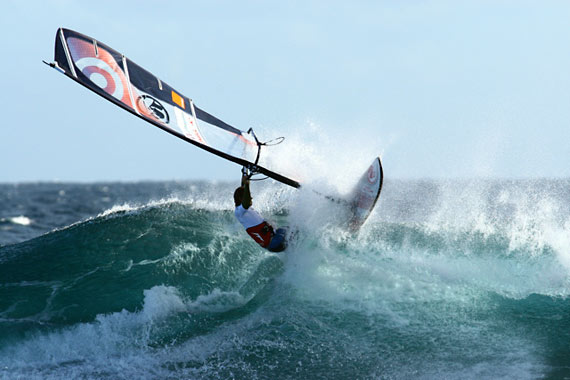 Fabrice Beaux, one of the leading teamriders at a cutback (Pic: Reunion Wave Classic invitational 2010).