Kiri Thode (26) is one of the key figures in modern freestyle windsurfing. He made a lot of podiums during his career and crowned himself “PWA Freestyle Champion” in 2013. The battle for the 2016 PWA Freestyle title will be started today at Lake Neusiedl in Austria. We had a chat with Kiri, who made his first podium in 1996 at a kids event in Bonaire. 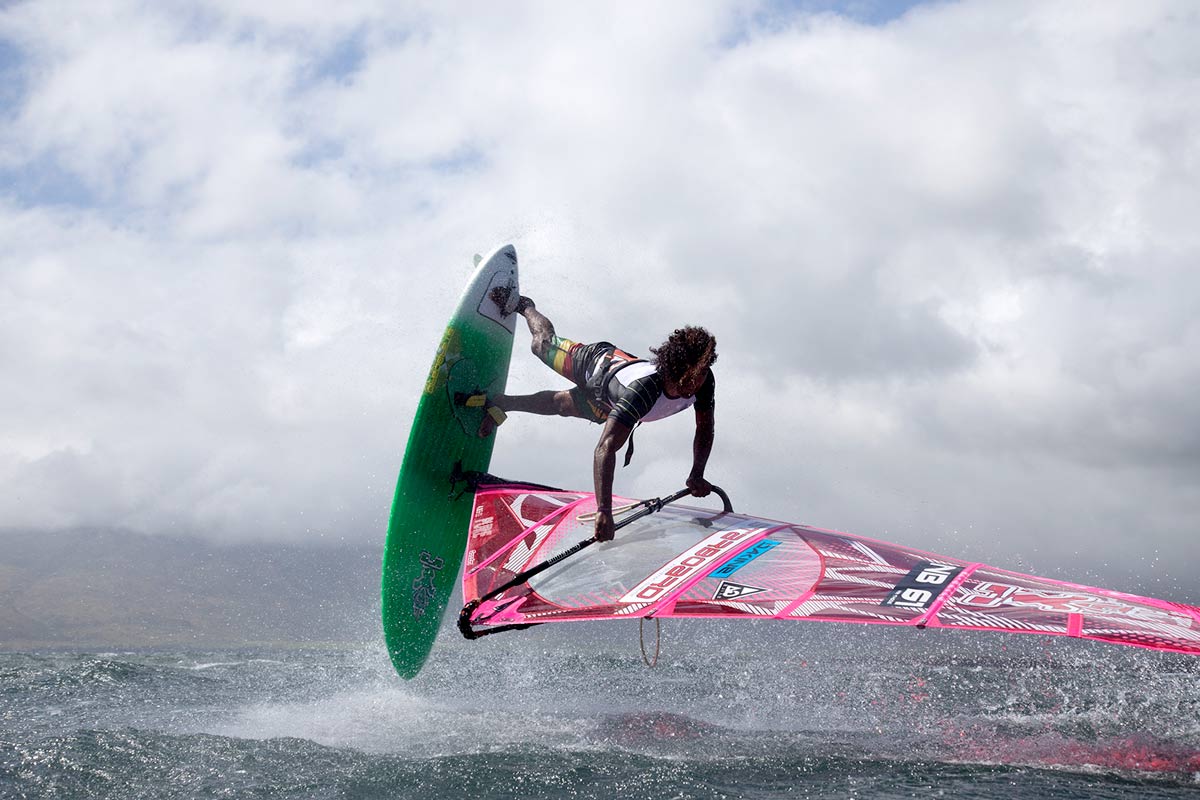 Continentseven: How was your winter? Did you make it on the water a lot?
Kiri Thode: My winter season went pretty good, always happy to be home training with the local pros and pushing the limits. It’s just awesome to be on the water at home in Bonaire.

Continentseven: What does Kiri, the world champ from 2013, if he is not at the beach or on the water?
Kiri Thode: Most of the time I travel to Curacao chilling with some friends over there and also with my girlfriend. I have also gear there so I sail anytime there is wind and have some tow in fun sessions, too. And of course here in Bonaire I am working with my tuner from my scooters and dirt bikes. Additionally I am riding and cruising the island a bit or I take a swim and enjoy the island life.

Continentseven: Do you think a lot about windsurfing, if you aren’t windsurfing?
Kiri Thode: That will never stop! Every second I’m thinking on windsurfing, on tricks and even walking doing some moves, hahaha. After 20 years of windsurfing I am still doing the same thing, hahaha. The love that I have for windsurfing is a lot.

Continentseven: 2016 has only 3 World Cup events on the calendar? Is that frustrating or does it even need more training because the chances are limited?
Kiri Thode: It’s a bummer there are only 3 events, but hey, we still have events. So for me I am happy with that and it even pushes you to do no mistake this year. So it’s not a problem for me. 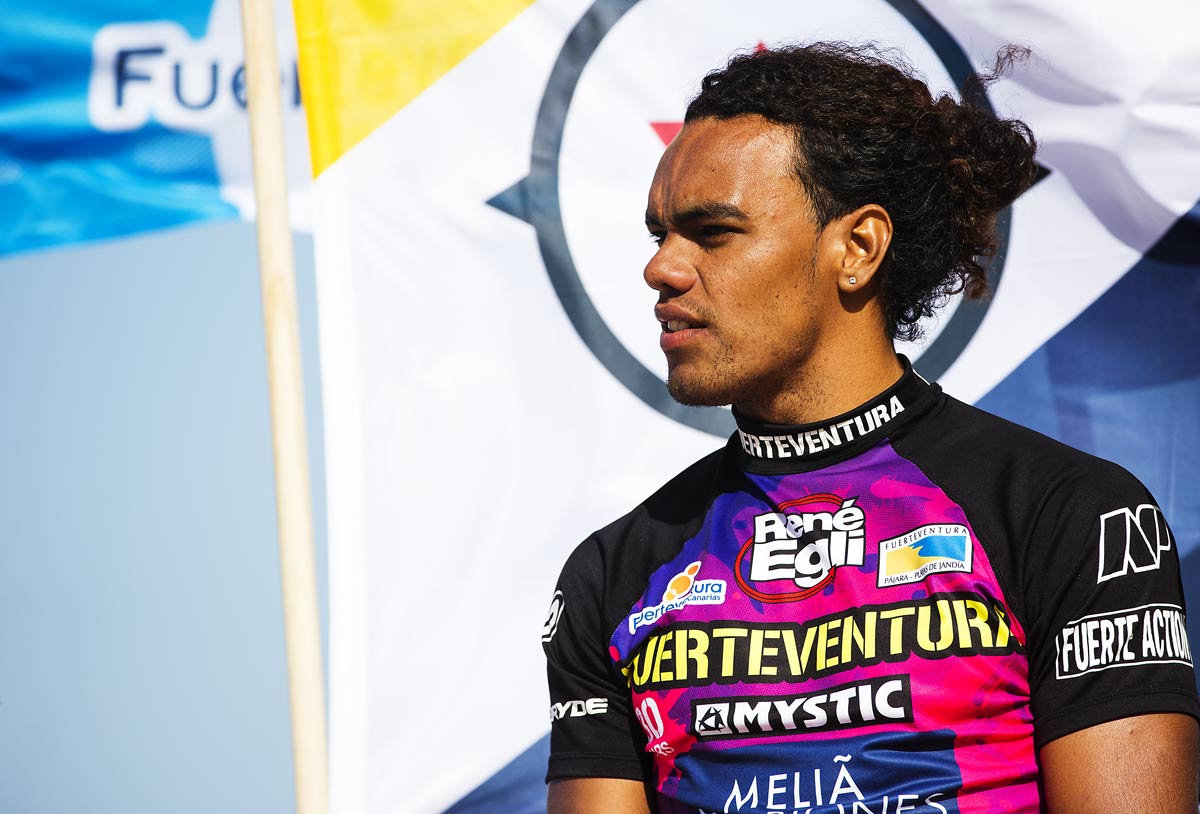 Continentseven: You have been on tour for many years, winning one overall title, 5 times in 2nd, 3 times in 3rd. You are together with Gollito the most successful freestyler so far. That’s impressive! Has your view on freestyle windsurfing changed over the years?
Kiri Thode: Yes, I am super thankful and proud of myself to have been in the top 3 ranking since 2007 and so on. Freestyle has changed only for the better. The bigger moves are a lot more radical. So it’s going in a really good way.

Continentseven: How much has freestyle changed from the beginning on since you started in your first events?
Kiri Thode: Freestyle did change a lot. When I started to compete there weren’t so many moves as we are doing today. So it went pretty crazy year by year. Gollito and I have been kind of challenging each other. We kept cooking with more moves every time, even in the years from 2008 to 2010. A lot of the riders could not do a lot of the moves we did, but nowadays everybody is doing the same moves. So now it’s really awesome to see everybody ripping.

Continentseven: You invented so many freestyle tricks. Which ones are your top three?
Kiri Thode: Yeahhh hahaha there are so many tricks, but these 3 moves are my personal top 3 favourites

Continentseven: Is it hard to increase your personal level each year?
Kiri Thode: For me it is not hard. All I need are good conditions for my 5.2m and 93 liter board and a pro with a good level. So I can keep pushing even more. I always go with the flow here in Bonaire, sometimes pushing hard and sometimes just having fun with some friends.

Continentseven: You have great colleagues to train with at Lac Bay: Amado, Taty, Björn. Some of them travel around the world to windsurf. You are windsurfing most of the time at home, in relatively flat conditions and medium wind conditions. Isn’t that a disadvantage?
Kiri Thode: Bonaire for me has everything. It can blow for weeks with 30 knots, from choppy to flat and with have days with easy wind and having all the local pros around you it’s just keep pushing the limits higher and higher.
Of course it would be nice to travel like Cape Town for port tack jumping or places where you sail 4.0, 4.2, 4.4, but then again, if you can do all your new combos moves on a 5.2, 5.0, 4.8 believe me, it’s enough for most of the events because right now Fuerteventura is the only really windy event. The rest can be windy or light. So you have to balance that during the preparation.

Continentseven: Are you following the other freestylers during the winter. The internet shows a lot?
Kiri Thode: To be honest I’m not really following maybe while in media some video is popping here and there of course. I know who’s out there pushing the limits and doing crazy moves, too. But there is always one thing I am saying: freesailing is not that 6 minuts heat that you can do evevrything is a mind game. If you don’t have that you might have a problem with all that pressure.

Continentseven: What are the moves you need to win a freestyle event in 2016?
Kiri Thode: All the new combos new moves like from Airbob Culo Kabikuchi into Culo to double Airculo, Pasko, Shifty and so on.

Continentseven: How do you see your chances on the tour this year?
Kiri Thode: Chances are there, but no mistakes are allowed in the heats. I need to use my mind and push my limits to the max in that 6 minutes heat or more.

Continentseven: Would you like to change anything, if you would have the opportunity (spots, judging, rules, competition system)?
Kiri Thode:

1. more new tour stops
2. judges that know the new freestyle moves and know the difference between difficult ones and less risky ones
3. more prize money and more people, who are watching the competition would be just awesome

Continentseven: Do you have ambitions to start in Slalom or in waves one day?
Kiri Thode: For sure, slalom will be the next one and I am excited for it because with this discipline you will never stop learning new stuff and aiming to go faster and faster.

Continentseven: What was the hardest move to learn for you and what’s the best move to start with as a young motivated freestyler?
Kiri Thode: I think the Flaka was the hardest one for me. I struggled a lot with this move dodging the nose into the water, but once I got it, it got naturally and then broke my personal record to spin through 6 Flakas in a row, hahaha. For a kid, who wants to start freestyle, the Vulcan for me is the first step because kids nowadays want to start with the Culo, Burner and that stuff, but the Vulcan is the key and than once you got it the Spock is coming. Afterwards the Grubby till you go to the powerful moves.

Good interview. I find it interesting how the Bonaire guys love to sail on 5.2m rather than smaller sails, most of us think 5.2m is unwieldy!

I like that bonaire attitude, as long as they windsurf they are happy no matter if it’s 4.2 or 5.2 their is always something to learn.