Kevin Pritchard in an interview

We have met Kevin Pritchard at Jinha Beach, Ulsan, South Korea and had a little chat with him after the first Slalom of the 2010 season.  Kevin had won the event in South Korea back in 2007, when the location was on the PWA tour plan for the very first time!

Read here, what Kevin Pritchard has to say about his start into the racing season 2010!

C7: Was it a successful start into the Slalom season for you in South Korea?

KP: Not really. I want to win, I want to be on top but it just did not happen. 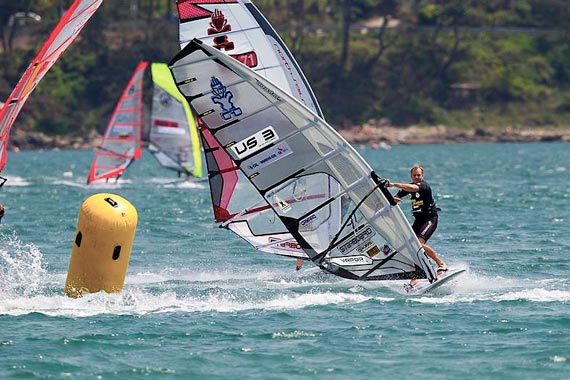 C7: You could win in 2007 the race at Jinha. Do you feel to win any races on the Slalom circuit this season?

KP: Yeah I feel it! It just did not happen. My boards and sails are going so fast and I am trying hard, but I just can not seem to pull it together. 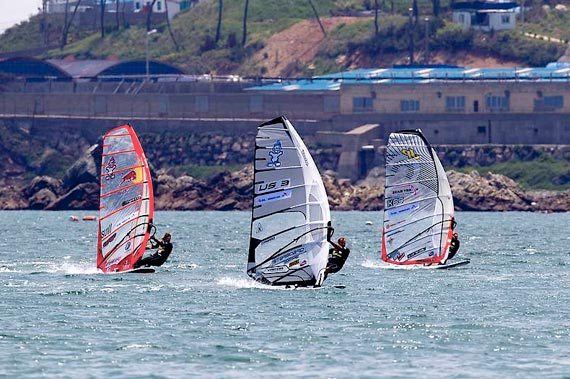 Kev together with Robby Swift and Björn Dunkerbeck on the first leg (Pic: Carter/ PWA 2010).

C7: How would you describe your performance at Jinha (sailing, speed, starting) and how strong would you evaluate your opponents?

KP: Man, everyone is so fast! I was fast, too, but I went over early and made some mistakes. You can not do that at this level! 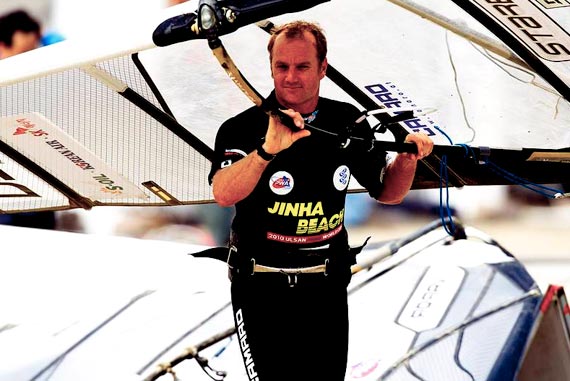 C7: Are there any guys doing much better compared to 2009?

KP: I do not think so. Some are, some are doing worse.

C7: Which gear did you use while the first six races of the season and are you convinced that you registered the right gear?

KP: I used my 9.3 Vapor and 131 iSonic for most of the races. I think I registered the correct gear, but we will see.

C7: Looks like there will be no PWA Slalom in Pozo this season! What´s your opinion about and did this fact influence your decision what gear to register?

KP: Man, I am so bummed on this. It has led me to drinking..  Just kidding but man, that was my favorite slalom event of the year. It is where I won my first slalom worldcup, I love it there. I am totally bummed out. 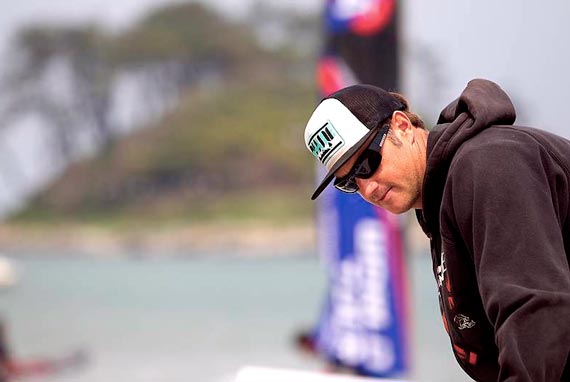 Kevin prepares his kit at the beach of Jinha (Pic: John Carter, PWA 2010).

C7: A last one: you had following message posted inside your geartent at Jinha: “TENT OF LOVE. NO HATE IN HERE!”  Can you give any comment on this?

KP: Just trying to enjoy life and fill our tent with positivity. There is no need for hate and bad vibes. Just love man, just love.. 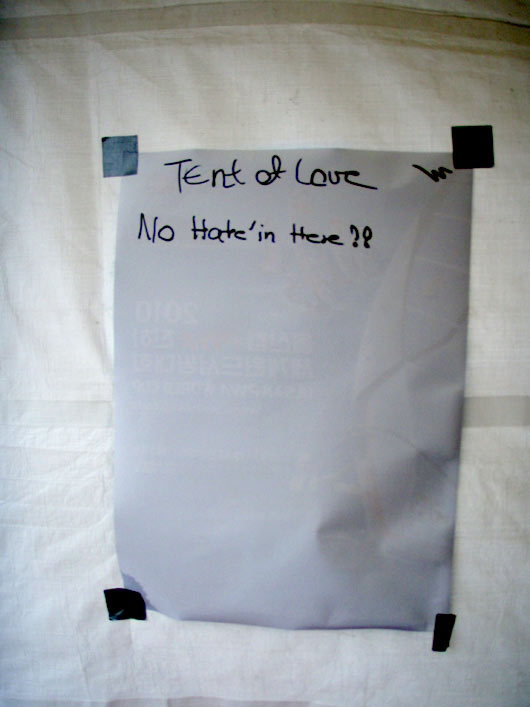