Kauli Seadi had the chance to surf the “Pororoca” wave with his SUP board. The Pororoca is a tidal wave, which happens on the Amazones river. During full moon and new moon the water from the ocean gets pressed into the river mouth. This wave can sometimes run for 800km.

Kauli went to the Amazon jungle together with other 5 top athlets from diferent sports filming for a reality show for a TV channel called Multishow. 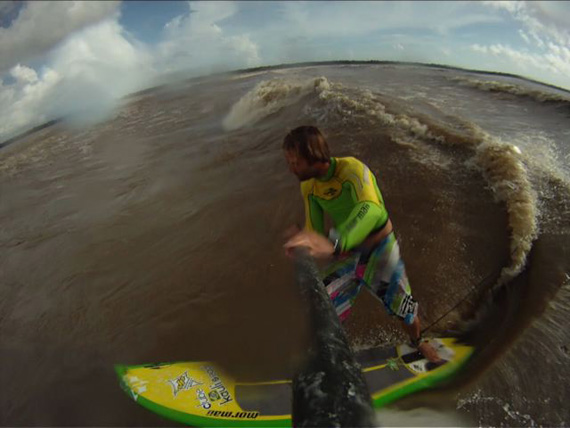 Kauli with his SUP on the Amazon river