JP Australia now officially announced, that Ben van der Steen (Ned -57), one of the biggest European Slalom and Speed sailors, has signed the contract and will fight for points and victories on JP in 2010.

Ben, who won several Dutch Speed and Slalom Championships as well as the 2008 ICFA Slalom Championship,  has just received his new JP quiver and is practicing and fine tuning the boards in Cape Town now. He spends some time testing together with  JP shaper Werner Gnigler. 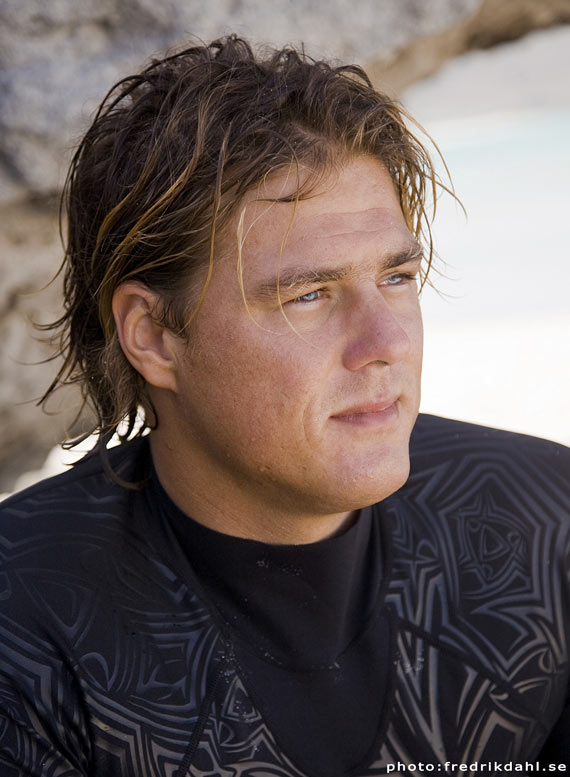 One week ago he won a local race organized by the Windsurfing Club on Rietvlei, the small freshwater lake next to Table View.

And this weekend he totally dominated the Slalom event at the Langebaan lagoon, the last leg of the SA Championship, by wining all of the 7 races. 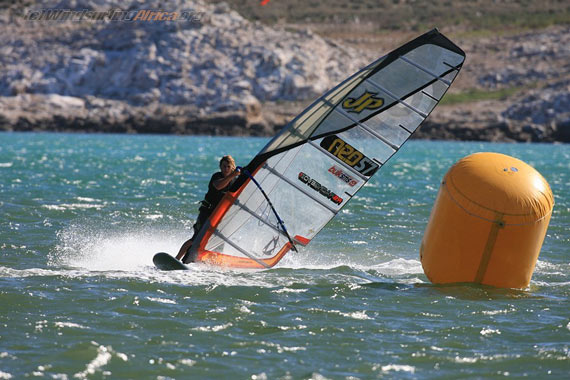 Ben stated: “Just had some racing practice to try the new gear and all seems to go very well. We did 7 races and I got 7 bullets with some races were I was almost a leg ahead. I sailed the 68 with 7.8 and a 40 and a 38 fin. The winds were between 10 and 25 knots for the racing. The board was really flying, especially now as I am getting dialed in a little after a few days of sailing on it now.”

Ben is focused on Slalom and Speed events for the near future. 2009 he finished 11th in the PWA Slalom ranking and his plan is to enter the top-5 in  2010. 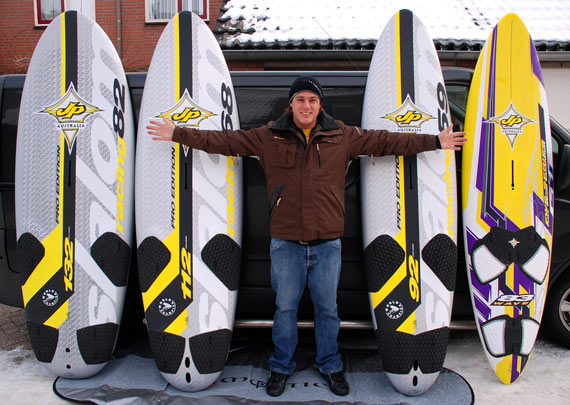