From May 6 until May 13 the first international wave event 2017 will take place in Morocco. The event belongs to the International Windsurfing Tour (IWT, former AWT) and is at the same time a PWA Qualifier event, which acts as a qualifier for the PWA professional competition. If we remember correctly, the last PWA Wave Qualifier took place in Israel in 2006, which was won by Ben van der Steen.

As this event is the first international wave event of the season and sees a revival of the PWA Qualifier status we hooked up with Boujmaa Guilloul, who organizes the event and PWA tour manager Rich Page.

Continentseven: Boujmaa, how are the preparations for the 2017 IWT& PWA Qualifier event going?
Boujmaa Guilloul: Things are going well, stressful but promising, struggling with budgets but we will get there.

Continentseven: Is it hard to be a windsurfing pro, school owner, hostel owner and event organizer at the same time?
Boujmaa: Is it? I don’t think about this at all, I just think I am a passionate windsurfer and it all flows, a bit of stress more than before but the diverse sessions wash it all of.

Continentseven: You won the event last year? Do you feel any pressure this year?
Boujmaa: No, I don’t think about winning this year. The win I am looking for is to democratize windsurfing in Morocco and to be one of those who will succeed to do so around the world so I can think with myself that I do something good for the world. 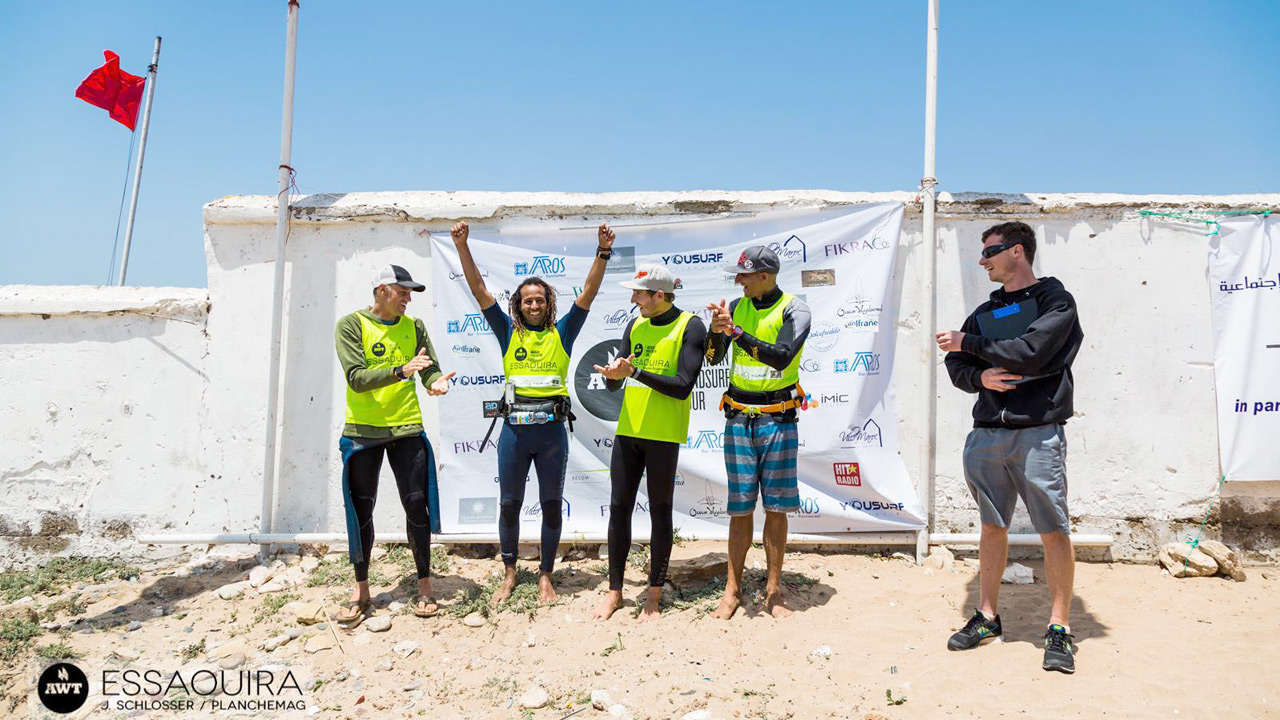 Continentseven: The event belongs to the International Windsurfing Tour (IWT) and is at the same time sanctioned as a PWA Qualifier. Can you explain more.
Boujmaa: PWA qualifier is an old concept coming back. Everyone who takes part in a Qualifier will gain the chance to take part on the main PWA events and get some points. Although the top 16 riders are not allowed it still allows the upcoming generation to get a taste of professional windsurfing competition and gain points to climb PWA rankings. There will be a pro bracket competition and it will reunite both PWA and IWT riders. There will be rankings for both but the IWT won’t be a qualifying tour for PWA but both sides are working on taking windsurfing as a sport to a new level through competition.

Continentseven: Rich, how did it come the PWA Qualifier status is back this year?
Rich Page: It has never really gone away, we simply have not had suitable event projects that have gone in that direction. There is a big gap in the progression of events currently, meaning it is more difficult for new events to establish themselves and also making it hard for up and coming sailors to gain experience and recognition, which is very important for the development of the sport at a professional level. To counter this, we have been working on several solutions which vary across the disciplines. We are in discussions with some of the other organisational bodies in the sport that are operating events at a lower or medium level, to try and create a better structure which will provide a progressive route from the bottom up, to try to improve the process for events but also, particularly, for aspiring sailors that want to make it to the top. For sailors to have a fair chance to establish themselves in the sport, they need an opportunity to gain competitive experience, demonstrate their ability and promote themselves without going up against the top sailors first round every time they compete. Qualifier events allow them to compete against their contemporaries, meaning they sail more heats, gain more experience, have a genuine chance to demonstrate their abilities against sailors of a comparative level, and gain recognition in the sport. This in turn allows sponsors to identify future stars, and the PWA to identify who deserves a chance and who has the ability to compete in World Cup events.
The credit for the Morocco event has to go to Boujmaa, who has been working hard to have a PWA event in Morocco for some time, and finally things are taking shape. This year’s event is a stepping stone to bigger things in the future and Boujmaa is passionate and highly motivated to achieve that.

Continentseven: What are the differences to a “classic” PWA event?
Rich: Qualifier events operate at significantly lower levels that PWA World Cups. There will be a small prize fund and judging will be supervised by a PWA approved head judge, but our main focus is to provide a suitable platform to promote the event and the sport and for competitors to compete in a fair and properly run competition in order to achieve the objectives laid out above.

Continentseven: Will there be more PWA Qualifiers in the future?
Rich: Yes, we expect there to be. As I mentioned, there are several projects in development to fulfil this missing link in the competition structure, and they may vary slightly between disciplines and age groups, but we aim to establish a properly defined path from youth and amateur, all the way through to pro level competition.

Continentseven: How many riders will qualify?
Rich: There will be 2 places allocated to the PWA fleet at Pozo.

Continentseven: Any big names registered already?
Boujmaa: Kevin Pritchard, Bernd Roediger, Morgan Noireaux, Edvan Souza and Sarah Hauser, Anna Maria Zollet and Sana Roussafi from Morocco to only mention a few, but I won’t be surprised to see other newcomers from Europe or the hot sensations youngsters, like Jahdan Tyger who will be competing in the youth division together with the Flechet brothers, Florentin Boulzat and Jules Flori. I am actually very excited about seeing the local kids getting to experience the event together with the international kids. 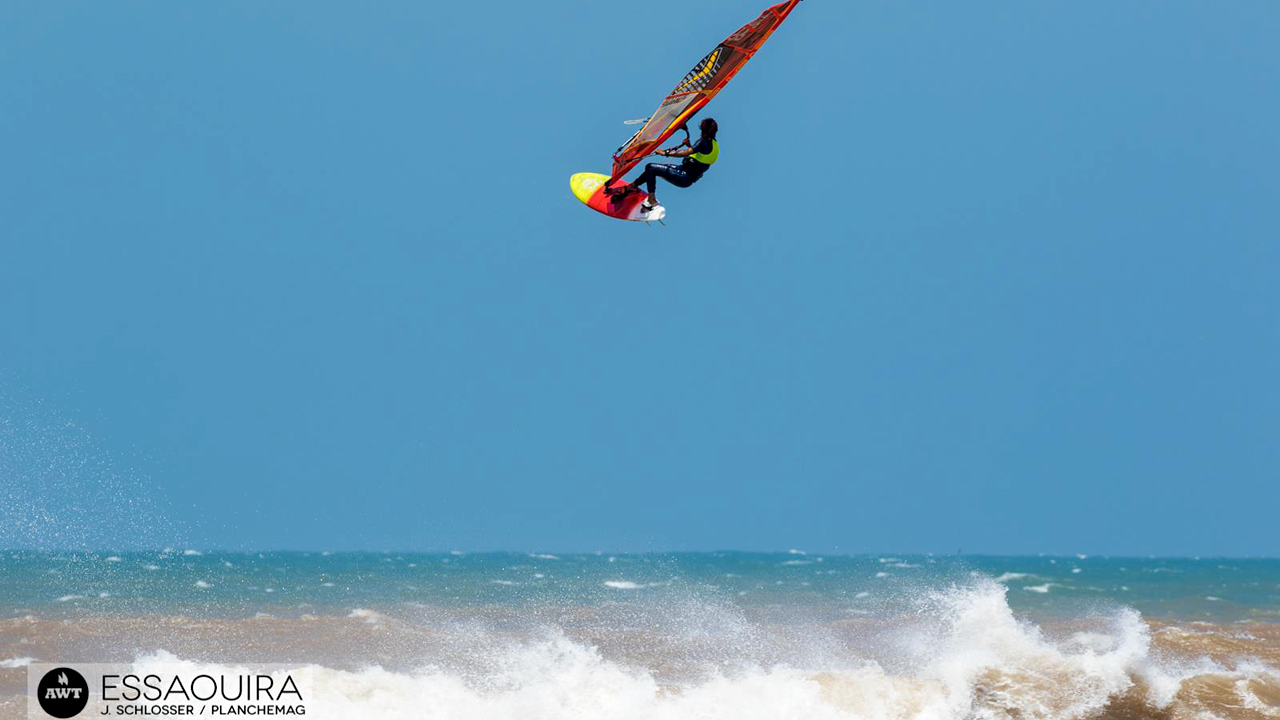 Continentseven: Where will the event take place? In Moulay Bouzerktoune only or at other spots, too?
Boujmaa: The plan is to have the main event in Moulay and hopefully an exhibition in the bay of Essaouira.

Continentseven: What will be new in 2017 and what will make the event even more successful than in 2016?
Boujmaa: First combining both tours is quite the goal this year, in order to build a reputation and gain knowledge to be able to organize a main PWA event together with the IWT like it is happening on Hawaii. We would love to see Morocco as a mini Hawaii tour stop. We will work harder every year to build the best new age windsurfing event and we count on the help and support of the whole windsurfing world, I personally have great support from friends and family and a local Moroccan agency working hard to make this project a dream event.

Continentseven: Thanks and good luck for the event!