Interview with Steven van Broeckhoven – Freestyle should be paid better

Steven van Broeckhoven (B-72) took 5 victories in the 2009 EFPT in a row. Nobody could beat him, he kept a cool head until the end and won the overall EFPT title. On the PWA tour Steven could place himself on the excellent 5th position overall. We catched up with Steven to ask him some questions concerning the past season. 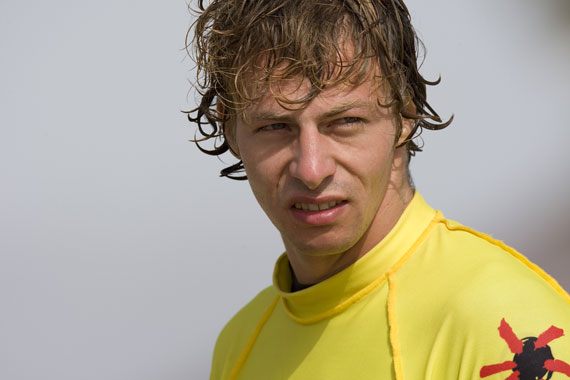 C7: You were dominating the this years EFPT tour like no other sailor before? What was the secret?

Steven v. B.: I don’t know the secret, but I put all my energy in it, going for it and just give the best of myself.

C7: Did you feel a lot of pressure, after you took the tour lead in Sardinia or did you enjoy the feeling to be on top?

Steven v. B.: I felt more pressure, because I knew I could take the crown of European Champion. But I kept on focussing that I had nothing to loose, so I just carried on the best I could.

Steven v. B.: In 2008 I maybe could have done better, but I didn’t believe my capacities at that time. Antxon and Norman were still in the race, but the level now is even higher. And watch out for the young guys of 17-18 years old who are going to kick our ass in the future.
To stay in the PWA top 5 shall be very difficult because the level is amazing high and the top sailors will bust out new moves again. But I going to do my very best because my dream is top 3 in PWA. 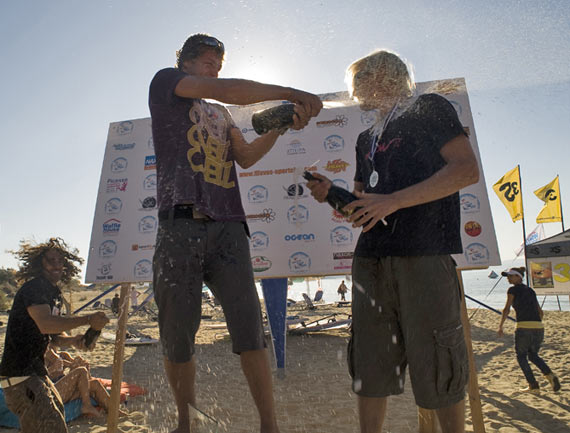 C7: Will you still compete on the 2010 EFPT as well or only keep the focus on PWA events?

Steven v. B.:  I will defend my European title of EFPT in 2010 for as long as possible, but now I’ll be super focused on the PWA tour. I’ll go practising more on jumps as well.

C7: Overall you could win some thousand Euros while this season, which is fine! But the costs for travelling increased! Did the huge success also influence the interests of sponsors and effect better contracts compared to the previous seasons?

Steven v. B.: This year I won some money but the travel costs are expensive. I try to do everything low budget, I have to. I hope my sponsors will keep supporting me to do the competitions and trainings.

C7: Can you save some money?

C7: Would you say that Freestyle windsurfers are paid well or should they earn more money?

Steven v. B.: I think freestylers are underpayed, maybe because they are very young. But we need the money as well. As a freestyler you have to work hard and because I live in Belgium so I have to travel in winter to get the best conditions. That’s why it is often too expensive for most of them to compete in both EFPT and PWA.

C7: Are there any moves you will work on and do you have any secret combos in your head?

Steven v. B.: Yes, for sure I like to learn and try new moves. I think about new combos but I’m still working on them.

C7: Do you do any other sports besides windsurfing?

Steven v. B.: Not really, because I´m often on the road. I always go windsurfing in Holland and I have no time for other sports. When I´m home for one week, I try to rest a bit and eat properly to load the batteries, which is necessary for your body.

Steven v. B.: This winter I plan to go to Jeri, South Africa and Bonaire, but we’ll see.