It looked like the German waverider Klaas Voget (G-4) had his best windsurfing season 2009 in career terms with a second place at the IFCA Wave Worldchampionchips in South Africa in the beginning of the year. Then, he took part in two of the extremest waverdiding events, the Wave Classic events and finished the PWA Wave event on Sylt with a second place and got fourth in the PWA wave overall ranking in 2009.  But it looks like, not all people think that this was his best season. Neil Pryde quit his international contract.

We made an interview with Klaas. Read here about his change, thoughts and missing TV coverage in windsurfing. 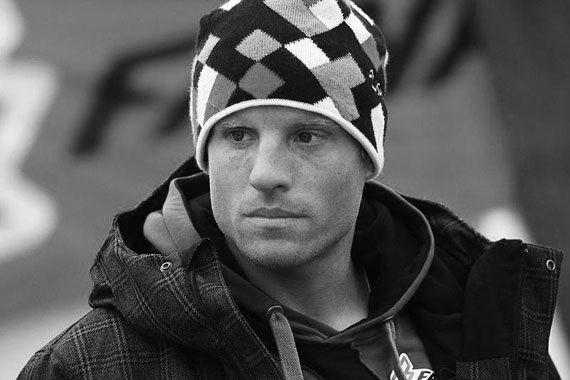 C7: After a long time with Neil Pryde and an extremely great 2009 season you decided to change to Simmersails! Why?

Klaas: I’m coming to a stage with more and more experience, not only in competition, but also about the products and the windsurfing market itself. With Fanatic I have a very close relationship and I’m doing the product development together with the teamriders, Craig Gertenbach and shaper Sebastian Wenzel. With Neilpryde iIwas never really involved and instead of getting closer to the brand, I got an email end of October from Neilpryde International saying that they cannot give me a new offer for 2010 and that I would have to deal with Neilpryde Germany if I want to continue with Neilpryde. I was very surprised about this, especially after the results and coverage I’ve had in 2009. When I started dealing with Neilpryde Germany afterwards I felt that this is the wrong direction.
I contacted Simmer and had a fast forward communication with them. Now I’m very happy about my decision and very motivated to test a few different sails in the coming weeks and give my feedback for the 2011 range.

C7: You were on a 4 batton sail! Which type of sail will you use out of the Simmerstyle range?

Klaas: I will be using the ICON, a powerful allround wavesail.

C7: Did you test the Simmersails before you signed the contract?

Klaas: I’ve tested the ICON from last year and really liked it. It felt really controlled, powerful and forgiving at the same time. 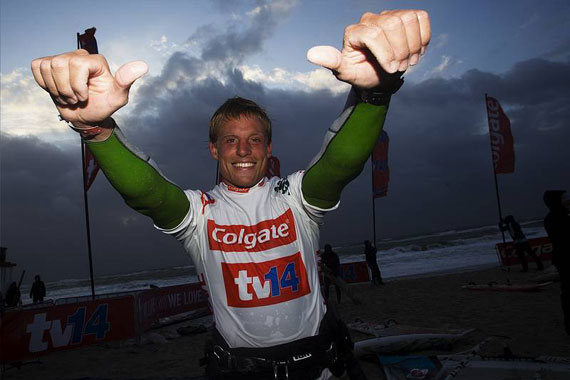 C7: We know that you have a big influence in the development process of the Fanatic wave boards over the years!  You´ll be involved in the sail development of Simmer. What will be your job?

Klaas: Tomas Persson gave me a few different sails, also some prototypes for me to test in Cape Town in the next weeks. The development for the 2011 range is in its last stage and I’ll give my feedback for the next set that he’ll make in February…

C7: You are currently in South Africa. What are the plans there? Jumping training…

Klaas: First of all I’d like to get used to my new sails and test a few new boards, then i’d like to work on some jumps, like double forward for example…

C7: You already were in Chile in November, December and scored good conditions. Now after South Africa, you will be prepared very well for the competitions in 2010. There are rumours that the PWA will only have two wave tourstopps! Are there any other opportunities to compete or will you focus on other additional projects? Will you do some more Slalom events and the Wave Classic events again?

Klaas: It looks like that we’ll get another stop in Klitmöller in Denmark on the PWA calendar. If this happens I’ll really focus on the three wave events, as Klitmöller is my training ground. Depending on the events, I might do one or two events like Wave Classic or similar and two events of the German tour.

C7: What is the reason there are not more PWA toustopps. The ASP surfing tour already has 10 confirmed tourstopps with an increased pricemoney from 300.000 to 400.000€.  And in Sylt for instance the spectators love the waveriding discipline most and the TV crews prefer to get stuff from this discipline!

Klaas: Unfortunately there is way less money in the windsurfing in the moment as it should be for such a fascinating and unique sport. Surfing as a contrast has a huge hype with clothbrands selling their products for millions. For sure there are a few reasons for the situation of the windsurfing sport. One reason for this is the fact, that windsurfing requires money, time and patience to get started and maybe the whole windsurfing business focused a bit too much on the paying customer, who is 40 years plus, instead of taking care about the next generation. Like this the average windsurfer is getting older and older and that’s not that attractive for newcomers. So the population of windsurfers is not really growing. Another reason is the problem, that windsurfing has not enough TV. Sponsors, who make an event happen want to get a value, so it needs to be either shown on TV or it needs to attract lots of spectators. Sylt is one of the only events, where the organizer understands how to offer a value for a sponsor, as the event is a magnet for thousands of people and the images are spread in the media all over the country.
Another reason could be the difficulty of having so many different categories. Windsurfing is Wave, Freestyle, Slalom, Formula and the Olympic class and in the end what most people see is the Olympic discipline. Surfing is only “wave” and that’s pretty easy to promote as a radical sport. We’ve had 13 PWA events in 2009 when you count the different disciplines… The PWA started working on their marketing. I hope that we can secure more events on the calendar in 2010/2011, especially in the wave and freestyle discipline.

C7: You were super close to win the Sylt event in 2009. Do you feel now, you are able to win a PWA wave event?

Klaas: The last two worldcups on Sylt showed me, that it should be possible to win…

Good luck for 2010 and thanks for the interview!

Why not North-Sails?
Fanatic is to North what JP is to Neilpryde

I feel sorry for Klaas beeing so drastically let down by his “former” sponsor despite his magnificent final in Sylt.

Windsurfing needs more guys like him, as nice as radical!

What stupid idiots not to sign him for the upcoming years!!
I thought it was about the partnership with JP that led to the decision, but if it was just like this…

Good luck for 2010 and all the best with Simmer. They have some cool guys now… (excepto la calva con el coche Nissan 😉 )