Jesper Orth (AUS 10), the Danish fighter with the Australian Sailnumber, is moving on, after  7 years working for Severne Sails. 7 years is a magic number in relationships. We all know, that many split off after this certain period of time and so the Danish saildesigner and top racer in Slalom and Formula also stopped his collaboration with Severne after 7 years. He will follow new tracks and focus even more on the competition in 2010. Jesper also recently changed his boardsponsor. After  10 years with Starboard he also split from the Thailand based brand and will ride on RRD in 2010. But he still did not decide on which sails he will attack the race courses. Read more about his time at Severne, his highlights and plans in the near future.. 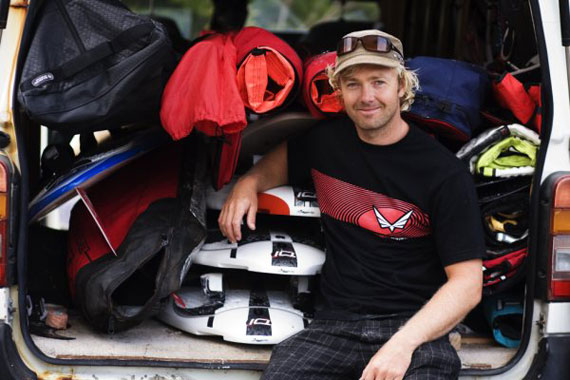 C7: Why did you decide to stop at Severne Sails now, we heard you stopped at the 15 December?

Jesper: There are a numbers of reasons to stop, but probably the most important for me is to keep learning and developing myself and bring new challenges into my life. It’s been a decision over some time, and believe me, it was a very very hard decision to make.

C7: How did you get this job to start with?

Jesper: I spent some years in Western Australia travelling to different windsurfing spots. Many times I met Ben Severne and also Svein Rasmussen, who were there to test boards. After introducing myself, and my background as a sail maker in Denmark for North Sails One Design and as a co-worker for Barry Spainer in Maui on Gaastra sails, they offered me a job. I was excited about the idea of working with a new, upcoming windsurf brand and I just jumped on board of Severne. My position was to help Ben in terms of development, testing etc, and in the same time I had some flexibility in my schedule to do racing around the world.

C7: Were there times, when you were thinking of stopping during the 7 years?

Jesper: The company had some tough times as any new starting company would have it, I guess. However, the job is so much driven by our passion; you just go full steam forward through any problems.

C7: Where do you go now? Do you have something lined up?

Jesper: I’m looking at different options for now. What I know is, that I would like to continue my dream of doing the PWA Slalom, and I can hopefully step the game a bit up now, as I can focus my energy a little different.

C7: Will you go back to Denmark, where you originally are from?

Jesper: I will stay here in Perth, Western Australia. This is the home for me and I got my residency a while ago. I will aim to be back in Denmark every year over the summer, combined with all the events. 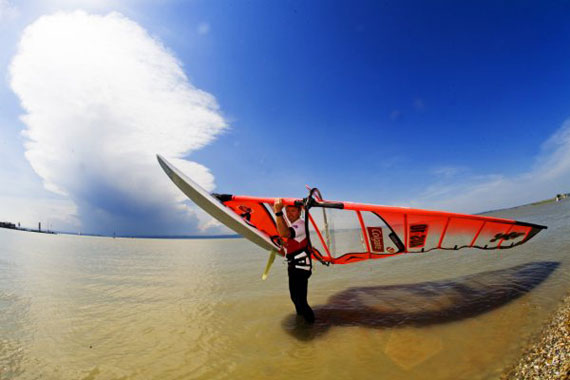 C7: How do you think Severne race sails development will go in the future?

Jesper: This will continue just fine. It’s an ongoing development and there are a handful of guys involved, who are good in this direction. I learned a lot from the latest testing and development with Ben, Steve and Bjoern.

C7: Are there any regrets from your side?

Jesper: I don’t have any regrets. I believe that I pretty much took most things as far as I could, with the opportunities given to me.

C7: You did a split between R+D work in Australia and competing on the PWA Slalom tour, but still you were running testing of sails and computer work in-between. You even had a facility in Denmark where you did a lot of recuts with the sails. Do you think it would make a difference in the slalom result if you were 100% focused on the competing side?

Jesper: I like to think so. It is all about channelling your energy and focus in the right place. Looking back my competition the focus has at times maybe “floated” a little around. To go for the very top and to do well in every event, I think you must be able to focus full time on the challenge, lying ahead of you.

C7: Good to hear that you will still be doing the PWA Slalom tour in 2010. You seemed to be in a lot more finals last season, but just missed the last little bit to be in the very top.

Jesper: Yes for sure I will do PWA. I feel I’m nearly there, in terms of stepping it up. To do good in slalom it  is quite a long process and that’s why we see all the most experienced sailors being the best over and over again. Not many newcomers or  hotshots will even get close or  could make a top 10 result. I have been progressing good through the years and this year I did more finals than ever. It is all a mixture of sailor skills, knowledge, good gear, good tuning, aggressive sailing, good starting, good technical jibing, good physical shape and not to forget good mental preparation. When you get this mixture cooked up correctly, then the results will be there. I just need to expand a bit in some of the categories.

C7: Did you learn a lot during your period of 7 years?

Jesper: For sure I learnt a lot, not just only about sails, also in all aspects of the company. I have been extremely lucky to experience a company going from not much to what it is Severne today. The network and knowledge I have now and all the wonderful people I have met – this is quite priceless.

C7: Most people saw your job as a dream job. Is that how you saw it yourself?

Jesper: I will be the first one to raise my hands and say, for sure this has been a dream job. With that said, it wasn’t all testing and having fun. There is of course a lot of hard work going on behind the scenes.

C7: Is there anything you would like to say in the end?

Jesper: Yes for sure. I would like to thank Svein Rasmussen and Ben Severne for taking me under their wings 7 years ago. I always did my very best and hope this is also the impression I left behind me. Many other people involved in the brand also had a big influence to me.