Interview – Jesper Orth about his sails

This year the Danish Slalom sailor Jesper Orth (AUS-10), who is living in Australia, was using, as the only sailor, a three camber sail in all PWA Slalom events he competed in. All other riders were using sails with four or five cambers. We now hooked up with Jesper, who is not only a teamrider of KA but also is involved in the development of the 2011 sails to find out more about this concept. Jesper is a saildesigner and has already worked for Gaastra, North and lately for Severne Sails and is as well building up his own little sailrepair shop in Perth in Western Australia. 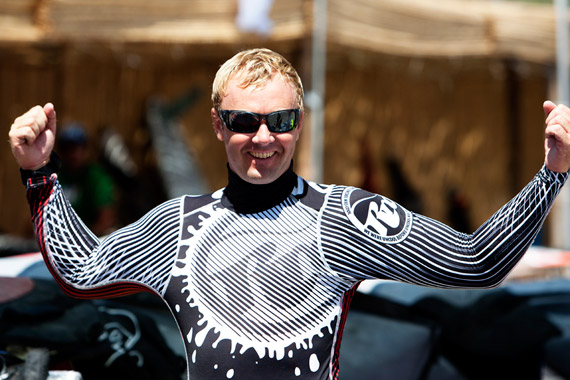 C7: It was a bit of surprise to see you enter the first PWA slalom on KA sails with a 3 camber concept!
Jesper Orth: When I joined KA early this year, I did not have much time to decide which sails to use for the PWA Slalom. I had a few of the 3 cam Koncept sails and had tested them to be very fast. I did get some 5 cam KArace sails to try out later, but I was running a bit out of time. So I went with what I all ready knew to be fast, the 3 camber Koncept sail – with I has no regrets with. Another great factor using the Koncept has been the reliability of the sails. Unreal rotation, moderate luffcurve – so no broken masts, no broken battens etc. Just rigg and you are ready to go and focus 100% on the racing.

C7: It looks as well like KA Sails is coming up as well more in the European market. First they registered their sails for PWA and then they got you as a team rider as well??

Jesper Orth:Yes, everything happened pretty quick and I’m very happy for my choices. KA Sails- Andrew McDougall did invest into bringing the brand more forward and we are a core group working on it on a daily basis. 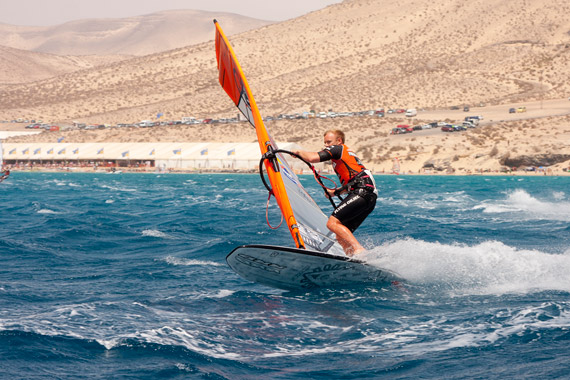 C7: How will the 2011 KA sails look like. Did you change a lot in the range in terms of sizing, cuts, materials?
Jesper Orth: We will carry on for 2011 with our 5 sail ranges KArace, Koncept, Koyote, Kult and Kaos. We refined the sails a lot, but most sizes and outlines stays the same. Lots of work went into making the sails a lot better/ smoother / more dynamic with internal changes of seam shape, twist, luffcurve etc. Lots of focus has also been on keeping the sails strong and well built as well as stepping the graphic look up. We are all pretty happy with the outcome.

C7: You have two racing sails, one with 3 cams, one with 5 cams, but none with 4, what most of the big brands offer?
Jesper Orth: The 3 camber Koncept is a dedicated design for speed sailing and they work unreal for this. The sails just “happened” to work great for down wind slalom as well and free ride sailors just love them for their balance and ease of use. The KArace range is in a way “split” in 2 ranges as we have the Formula sizes in 11.8, 10.8 and 9.8 and they have 5 cambers. For the 8.9 and down we have 4 cambers for 2011. 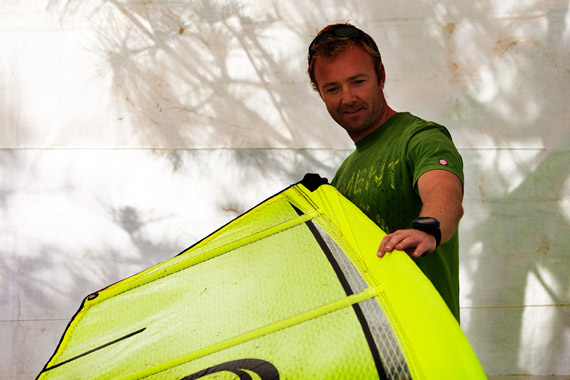 C7:  It was your first season on KA at the PWA circuit? Did you feel better compared to the last years or do have a lot of work in front of you?
Jesper Orth:Well racing is a lot of work as there are many things that have to fit together. To be honest it is a great feeling to be on something new and it is a nice little boost of motivation. I felt I did pretty good this year as the competition has increased from last year. I learned a lot from using the KA sails and all this info has been going into the new sails. For next season I have a full year of involvement, tuning and training on the KA sails´- so in a way I will be more prepared.

C7: Will you continue racing with the Koncept 3 cams sails for next year?
Jesper Orth: I don’t know yet, but I will test everything again in the near future and then decide.