“Move your ass, explore and have fun!” (Stefan Csáky about the main message of the movie Heading South)

Stefan Csáky isn’t a nobody in the windsurfing scene. The professional photographer already released several movies and did photoshootings for several companies in windsurfing. He released Gaining Grounds  in 2011, an almost 40 minutes long portrait about the Austrian windsurfing scene. Now the freelancer from Vienna worked really hard on the project “Heading South” together with Marco Lang, Gonzalo Costa Hoevel, Matthias Zimmermann and John Carter. They all travelled thousands of kilometers across Argentina and stopped at the best spots in Cuesta del Viento, Bariloche and at a lake, where the glacier ice calves in the water of the lake. It was a trip through wild, lonesome and remote places. At each spot they met special people. It’ s a story about a trip, which had high costs, but can be described as a very special windsurfing trip, which got translated into the movie “Heading South”. Fantastic pictures of Argentina accompanied by perfect Freerace action.

Read our interview with the producer Stefan Csáky to get more background infos about the movie project.

Steady wind in teh Swiss of Argentina (Pic: John Carter)

Ho wtiny teh windsurfers are compared to the glacier wall (Pic: John Carter)

The wind shows up during the morning hours, when teh sun is out (Pic: John Carter)

A lot of windsurfing gear on Gonzalo's pick up (Pic: John Carter)

Marco and Gonzalo on their SUPs (Pic: John Carter)

Talking about the highlights of the day (Pic: John Carter)

The boys had fun at Cuesta del Viento, where the wind can get really strong (Pic: John Carter).

The whole team at Bariloche, Nahuel Huapi. Stefan at the left side of the group (Pic: John Carter).

C7: The Heading South movie is done! Happy?
Stefan Csáky: Oh yes, very happy indeed!!  It’s a good feeling when a project, that keeps you busy for almost one year is finally finished!

C7: When did you start to think about the Heading South Project?
Stefan Csáky: So many coincidents happened with this project. I wanted to do a slalom/freeride oriented movie for a long time and I wanted to do a roadtrip for a long time…then Marco Lang and Gonzalo Costa Hoevel came up with the idea of doing something in Argentina…and then all came together. The first concept for heading south I wrote in summer 2012.

C7: Who had the ideas to go for this trip to Argentina?
Stefan Csáky: Gonzalo and Marco spent a lot of time together on the PWA tour and kept talking about movie projects and possible destinations. Gonzalo came up with the idea of visiting some locations in his homeland Argentina.  Then Marco told me about this idea in spring 2012 and I was totally amazed!! 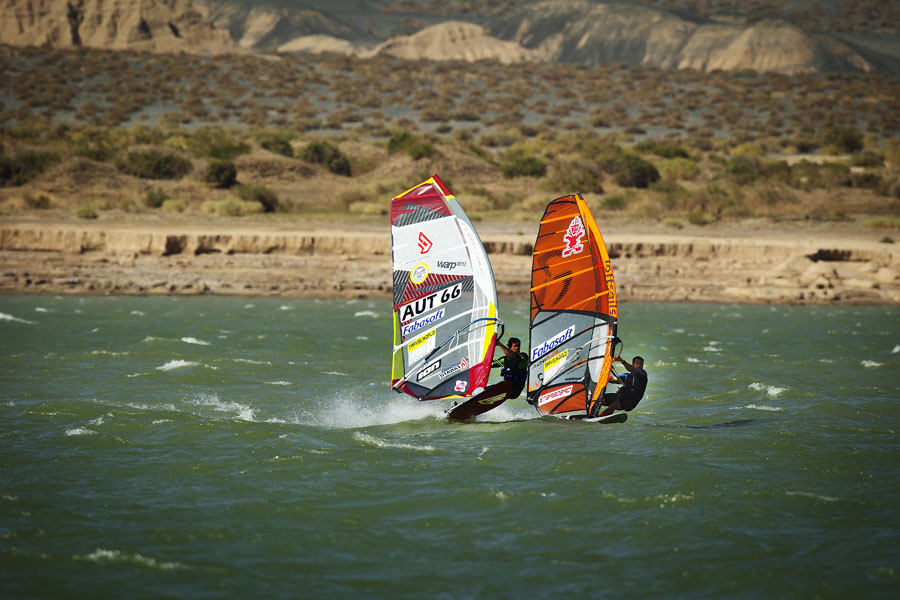 C7: When did you start to plan and organize the trip?
Stefan Csáky: I met Gonzalo in August 2012 in Samos/Greece right before he went to the IFCA Slalom World Championships.  There we talked the first time about the trip, where to go, what to organize, etc..At this point we had no idea how much work was still ahead of us!

C7: Why did you decide to run a windsurfing project based on racing instead of producing a freestyle or wave riding movie?
Stefan Csáky: I would not say that the movie is based on racing. It’s more freeriding on the highest level!   Of course Marco and Gonzalo are PWA competitors and a part of the movie is about them training and preparing for the upcoming season, but the essence of the roadtrip is freeriding!  Planing on a windsurfer is THE BIG THING, that pushes the button on everybody, who tries out this sport and that keeps most people stay with it.  And being faster on the water than your friends, doing little races against each other or putting on your gps device to see how fast you are…I think at least 85% of all windsurfers are amazed by that.

Beside all that I am myself a dedicated slalomracer at home at our Lake Neusiedl. I just love blasting around, no matter how the conditions are. I love the idea of tuning my equipment to get the most speed out of it and pushing my own limits.

C7: We heard you were the men behind everything. Is that right? Can you tell us a little bit more about?
Stefan Csáky: Yes and no…everybody had his own part of organisation, but I had to put everything together, keep in touch with riders and sponsors and travel agents to keep things going. 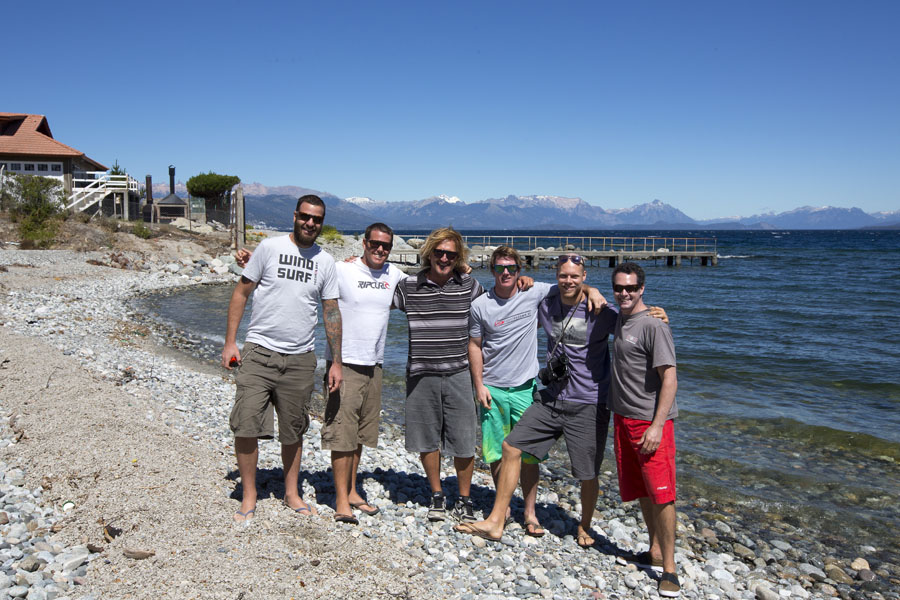 The whole team at Bariloche, Nahuel Huapi. Stefan at the left side of the group (Pic: John Carter).

C7: Travelling with 4 people from Europe to Buenos Aires and then cruising through one of the largest countries with six people in total plus editing a 30 minutes long movie in cinema quality costs a lot. How did you finance this project?
Stefan Csáky: With FABASOFT, an Austrian software company,  we were extremely lucky to find a sponsor, who covered all our travel expenses, which were the biggest part of the budget.  Helmut Fallmann, CEO of FABASOFT is a very passionate windsurfer and after a few meetings with him he made us a sponsoring offer, that made the project possible.We also got big support from Gerhard Gruber from travelworld4you.com, who booked and organized all the flights, and from ION, NORTHSAILS and E-LITE.

C7: Can you give us some details on your overall budget?
Stefan Csáky: As mentioned before, the travel expenses were the biggest part: flights to Argentina, fuel for 2 cars and over 9000km in total, food, hotels, etc for 6 guys… Then there were the costs for my second cameraman Matthias “Motz” Zimmermann and for John Carter, the photographer.  I always try to pay people properly, who work for me, even if its for a noncommercial project like that.  I just don’t want to count the hours I worked on HEADING SOUTH, because nobody is going to pay me anyway. The overall budget was around € 35000.-, € 23000.- we got through our sponsors.

C7: Was it a project financed by windsurfing companies, too?
Stefan Csáky: NO…definitely not!!!  We got some support from ION and NORTHSAILS and I am really thankful for that! Strange, but highclass videoproductions seem to be not interesting for the windsurfing industry !  With other companies I asked it was all the same procedure in their replies: no filmbudgets this year, other filmprojects (I am curious which ones), or we simply got no answer at all.  Now the movie is finished and some footage is released in magazines. Some companies want to promote the movie…for free…and of course just for OUR own benefit to get more views or whatever…very funny…!*
It seems that for most windsurfing brands it’s ok to release crappy and shaky i-do-all-by-myself-gopros-mounted-everywhere-videos with stolen backgroundmusic (have fun when you get a call from the record company…), as long as nobody has to pay for it, it’s good enough…strange times!

C7: Was it your first time in South America and how did you prepare for the project?
Stefan Csáky: South America was a white spot on my map. I have never been there. I did some research in the internet and read some books and travelguides about Argentina.

C7: You travelled 9000 km through the 8th biggest of the world. What was the absolute highlight or would you call the whole trip a highlight?
Stefan Csáky: For me the whole trip was a highlight!  The country itself, the vast contrasts between the different locations, the people we met during the trip, traveling together with so many different characters…and in the end the discovery that you have to make a step outside your comfortzone to experience something special! 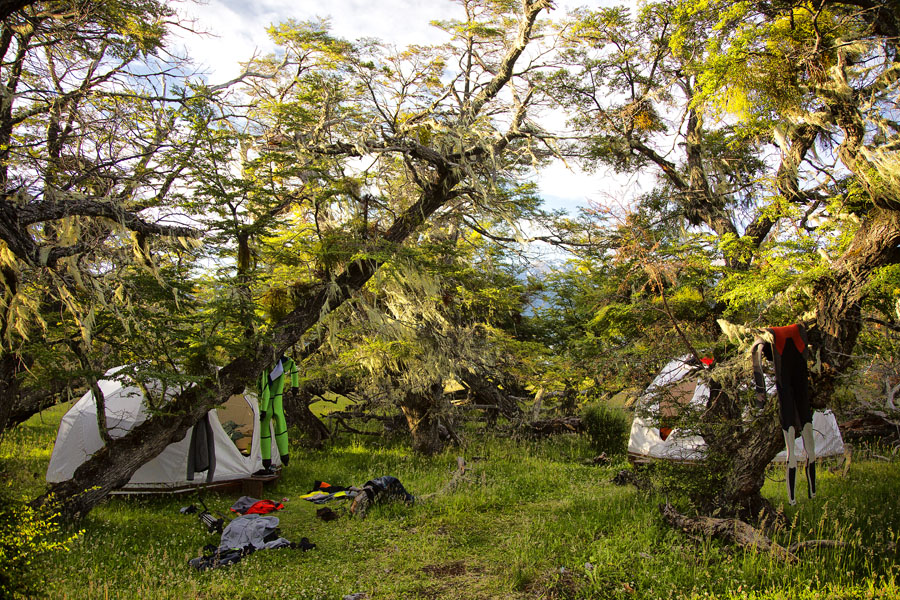 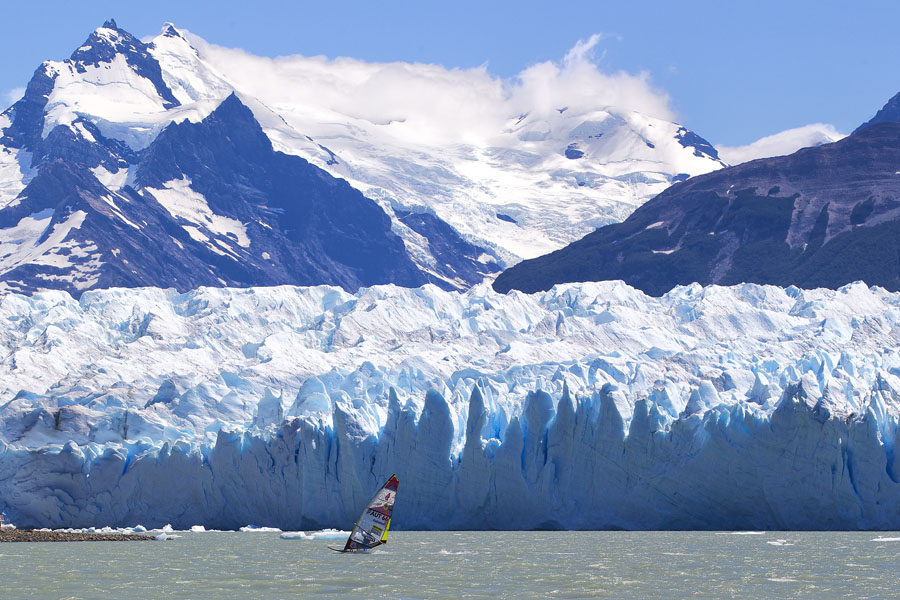 C7: Any memorable moment you would like to mention?
Stefan Csáky: The pure, completely untouched nature near the Perito Moreno glacier…I have never seen something beautiful like that before!

C7: You and your second filmer Mathias “Motz” Zimmermann had limited time to realize the project and film all necessary scenes. 2 weeks were probably not enough?
Stefan Csáky: The time was extremely limited! I would have liked to stay at least one week at every location to get the best shots, but that was not possible.  Especially at the glacier we were struggling a lot with the limited time, but the circumstances there forced us to hurry up! Motz did an amazing job, it was just a shame that we couldn’t use his cameracopter very often. It was just too windy everywhere!

C7: Did you know the Pros Gonzalo Costa Hoevel and Marco Lang already before the trip and how was the collaboration with them? Any stress in the team through the time in Argentina?
Stefan Csáky: I know Marco for some years now and we are good friends. I used to borrow him my slalomgear when he started in his first PWA events. Gonzalo I met the first time in summer 2012. He is a really cool guy. The collaboration was easy and professional. I especially have to thank Gonzalo for organising the trip in Argentina and driving together with his brother Rodrigo most of the 9000km!! There were some tensions a few times, but that’s part of the game when you do a trip like that!

C7: Was there any time for yourself to get on the water as you are a passionate windsurfer, too?
Stefan Csáky: I have been on the water for 15 minutes in total…that’s something that really hurts…not being able to windsurf in front of the glacier!!

C7: You did the trip in January 2013 and started to edit the film directly afterwards?
Stefan Csáky: After the trip I visited the boys in Tarifa to get some footage of their training and preparations.  Then I had to focus a little bit on “real” jobs that pay my expenses. So I started editing quite late by end of April.

C7: How many hours of footage did you and Matthias capture in total?
Stefan Csáky: We have around 500gb of footage.  Don’t ask me how many hours..

C7: Who edited the clip and how many hours did you spend in front of the computer?
Stefan Csáky: I edited the movie together with Antonia Adelsberger.  She is a professional editor and I have worked with her on other projects before, like the “sendung ohne namen” for ORF, the austrian public broadcasting company. She knows all the tricks and is really fast, so I could focus on directing, which was really helpfull!! Pure editing in total was around 90 hours, with all the clipping and looking through the footage I would say in total 250 hours.

C7: What’s the main message of the movie?
Stefan Csáky: Move your ass, explore and have fun! 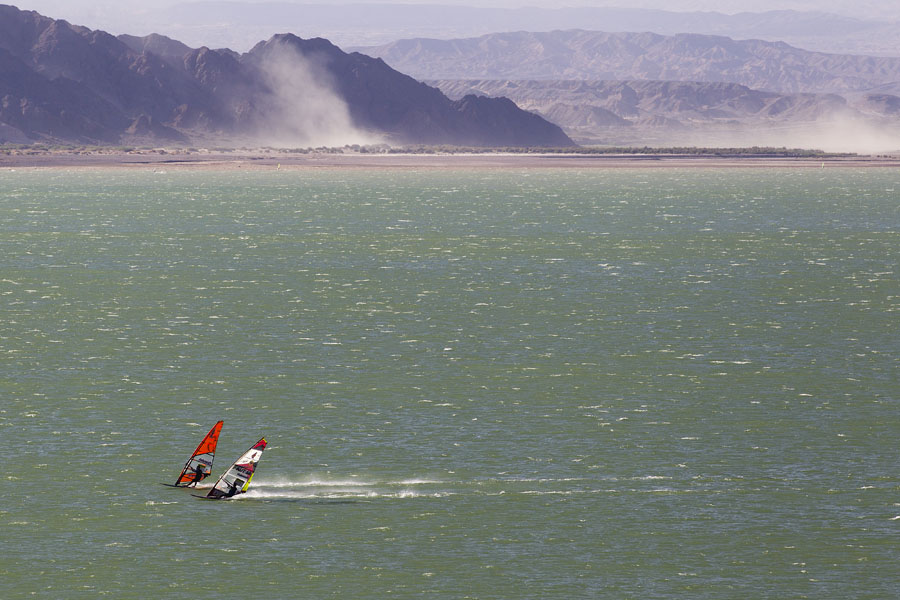 The boys had fun at Cuesta del Viento, where the wind can get really strong (Pic: John Carter).

C7: Would you go for a similar project again?
Stefan Csáky: For sure! There are already some ideas cruising my brain.

C7: You organized several film premiers in Austria. How was the feedback and will you run more public presentations in the near future?
Stefan Csáky: It’s always something special to see your movie on a big screen instead of your little computer, and I really love it!!  The feedback was very good I  think everybody enjoys windsurfingmovies with a different approach.  I would love to do more screenings, but it’s all a matter of time and money.

C7: Thanks a lot for your effort in producing this movie!

[…] close to the Andes Mountains and in front of some of the biggest Southamerican glaciers.” (Stefan Csáky, Director of Heading […] 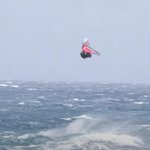 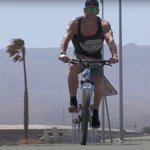 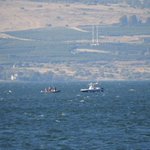 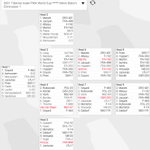