The organization of the Multivan Windsurf Cup 2018 saw big waves and wind in the forecast and announced to run a wave windsurfing competition on May 17th. A lot of worldclass wave windsurfers from Germany and the Hawaiian Graham Ezzy, who spends time in Hamburg at the moment, travelled to  Sylt for the event. And it was worth the effort. Graham, who recently became father, felt comfortable in the rough North Sea.

“I am very happy that I could start here. I never thought that a national event could be that big. The Multivan Summer Opening is just as big as the World Cup in autumn! – I live temporarily in Hamburg. Therefore, it is something very special for me to start at the German events. Of course, if you can win straight away, that’s great!”  Graham Ezzy from Hawaii

The final was a battle in 2-3 m high waves and wind up to 7 Beaufort. Graham’s opponent was German Leon Jamaer, who was quite happy with the second place.

“Graham has been surfing Hawaii since he was three and has ideal training conditions. In this strong field a second place is a great success,” Leon Jamaer said about his performance.

“The conditions were exceptionally good in Sylt. The wind was almost side shore and not dead onshore as usual. And the waves were quite good. I got washed after a wave ride what cost me a lot of time. Therefore I had no way to score again and to reach the final.” (Flo Jung) 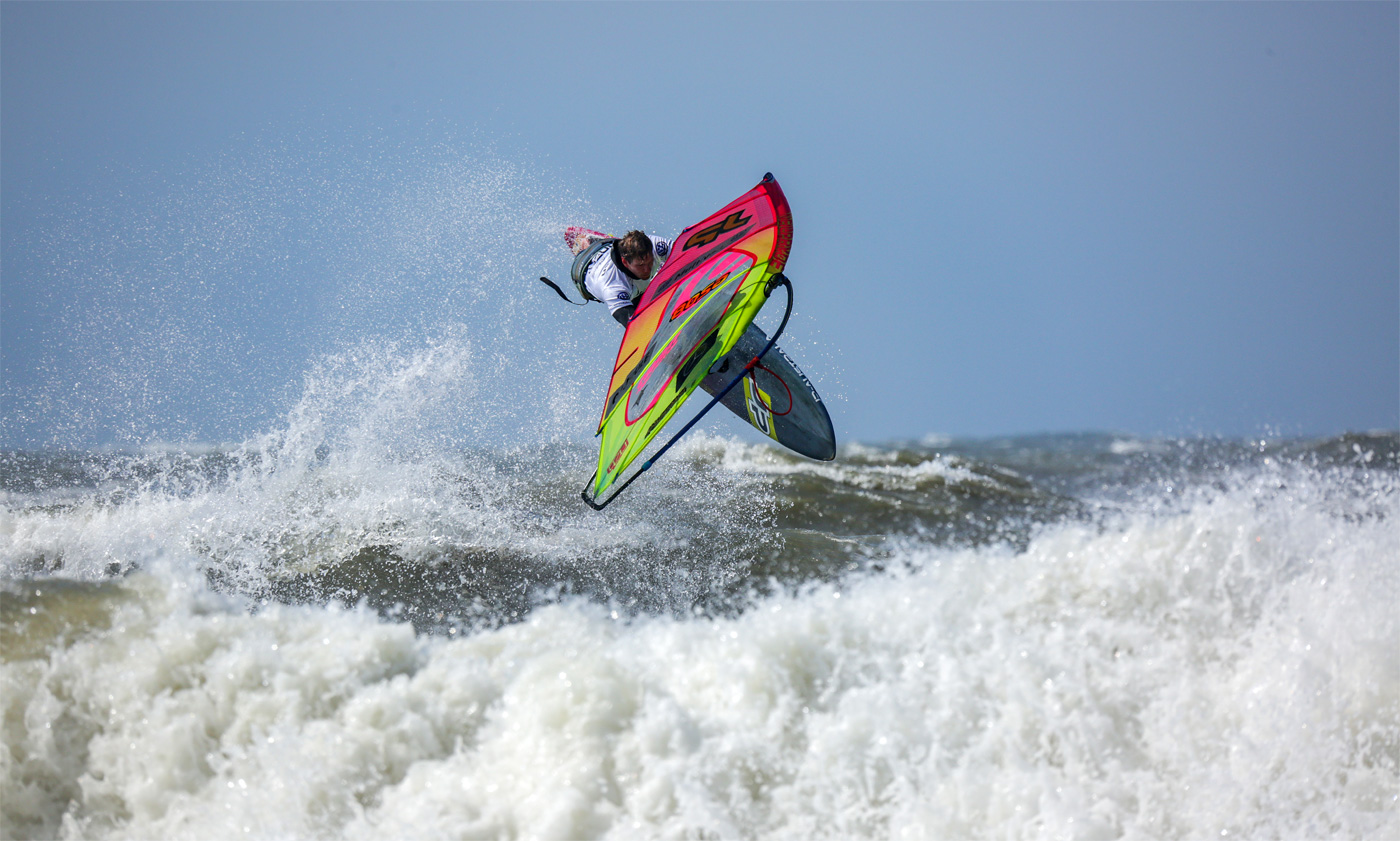 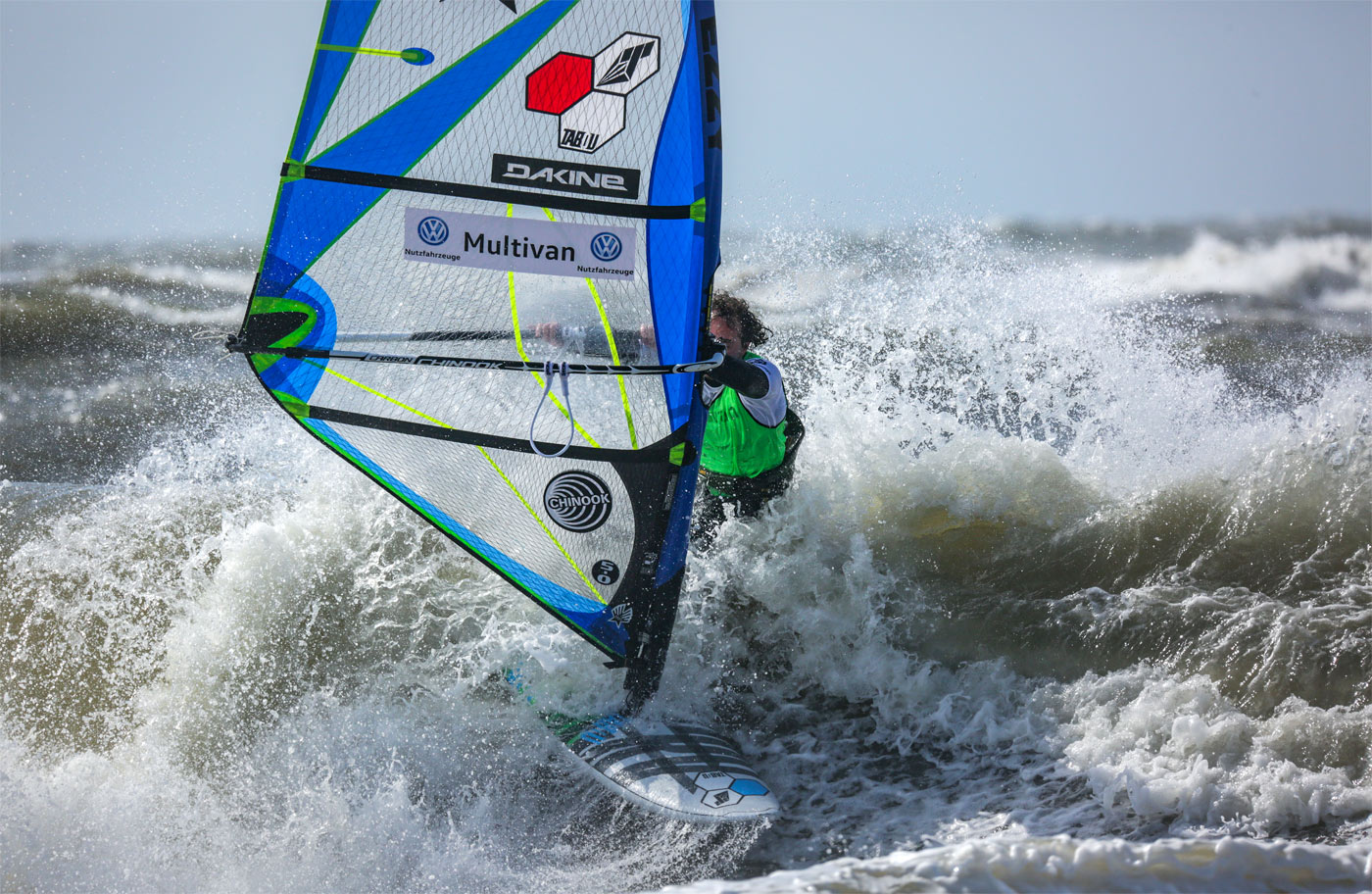 Graham Ezzy in the white water of Westerland (Photo by Lightnic)

Congratulations. Am I wrong, or is it Ezzy’s first wave title ?