The skippersmeeting was held at 10:00 at the eventtent, but the first possible start had to be postponed. Two full rounds were the plan for the third competition day! At 11:00 the first heat was on. Flat water conditions and ok wind with 10 to 18 knots made fair Slalom racing possible. 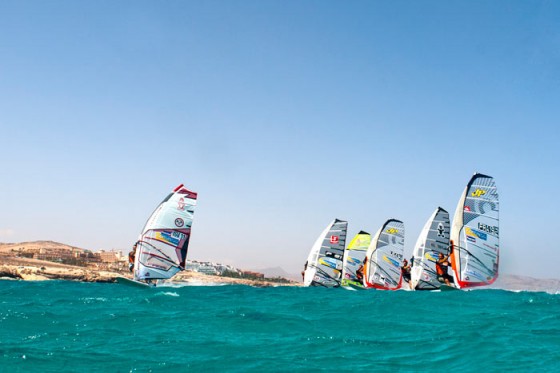 Björn Dunkerbeck, flying on his 8,6, made it in the final quit easy, but had a bad start. It was Antoine Albeau again, who could win the 7th round at a quarter to 13.00, which brought a second discard. The 7th final was one of the most exciting ones. Kevin Pritchard, who was on 2nd position, got attacked by Björn on the leeside after the last jibe mark. It looked like Björn got Kevin, but the US Boy fought back and made it by 30 cm. He took the second place, which was his best result in the competition so far. Björn impressed with massive speed. He picked up 4 people on 3 legs only. Also in the winners final were Ross Williams, Ben van der Steen, Julien Quentel, Cyril Moussilmani and Finian Maynard. Micah Buzianis missed the top 8. 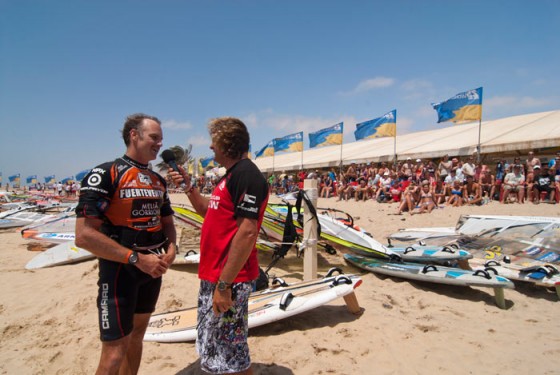 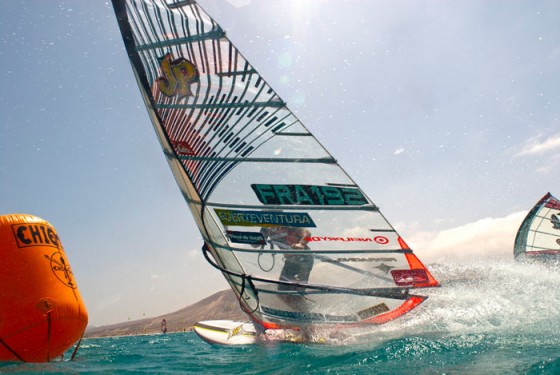 At 14.00 the second elimination of the day was on. Hundreds of visitors were watching finest Slalom racing in 20 -25 knots and turquoise water. Most of the sailors were on 7,0 to 7,8 m big sails. At 15:30 the losers final was on and a strong sailing Ben van der Steen took the first place. Just afterwards the winners final of the top 8 sailors were on. Björn Dunkerbeck jibed first at mark number one and kept the lead till the finish line. He could win in a clear distance to his teammate Steve Allen. It was the first victory of Björn in this event and the best result for Steve. Maynard came in third and Jimmy Diaz in fourth position.

Eventleader Antoine Albeau crashed at the first outside mark and finished in 7th position. 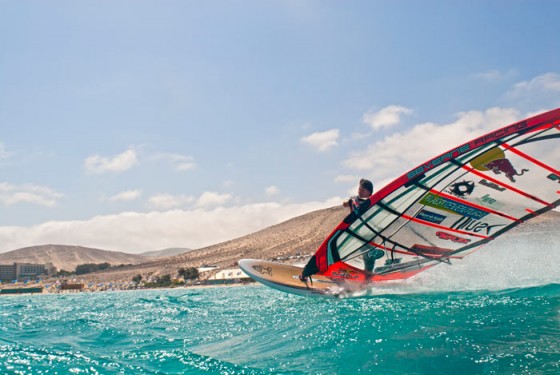 Two more days are to go at Sotavento, before the Freestylers will rock the beach. Antoine Albeau dominates the event so far and has a clear lead. Finian Maynard and Cyril Moussilmani are very close in the moment and Björn sits in their neck. The wind should not get too strong while the last two eventdays.

That´s the reason that the skippersmeeting will be held at 10:30 tomorrow morning. There is a realistic chance to see two more rounds of Slalom.