We saw a very calm morning here at Sotavento. It did not look like there would be any competition this day. But around 14:00 the conditions got better. The trades picked up to 15  to 20 knot son the outside of the course and elimination got started around 14:30. 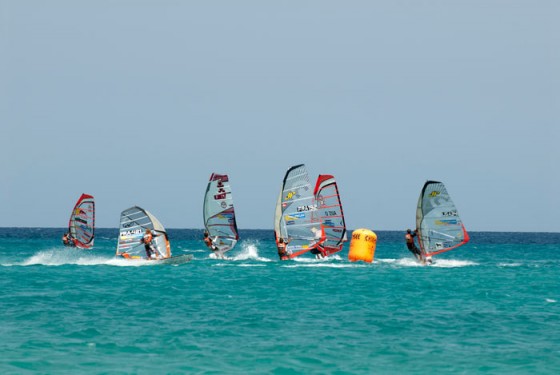 The pressure on Antoine Albeau, the leader of the event grew. Kevin Pritchard could win the B-final with an excellent run. The top 4 sailors made it into the final: Maynard, Albeau, Dunkerbeck, Cyril Moussilmani, plus Steve Allen, Julien Quentel, Patrick Diethelm and Micah Buzianis. 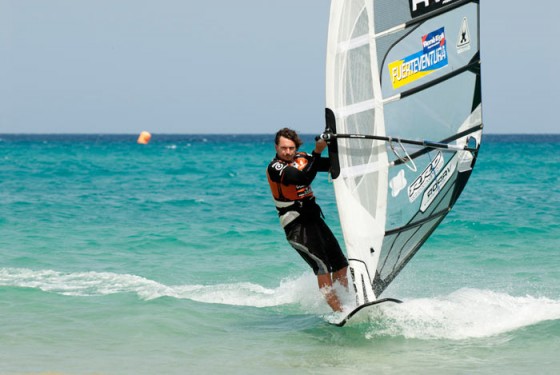 Finian Maynard not looking very happy after his over-early

Maynard and Diethelm took a lot of risk at the start of the 10th final and went over early. So there were only 6 sailors left for the final race. Steve Allen and Björn Dunkerbeck had the best start. Björn could overtake Steve after the first jibe mark and got a solid lead very soon. He could win the last final number 10 in front of Cyril Moussilmani and eventwinner Antoine Albeau. 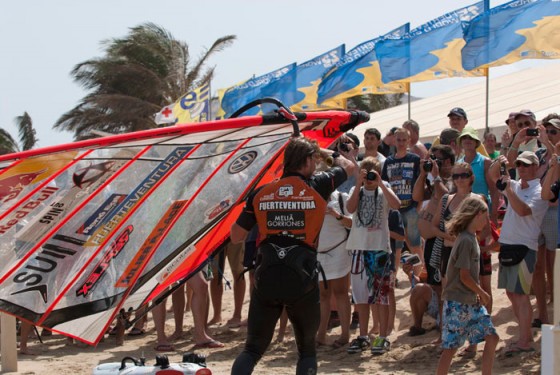 Antoine could win 5 races, Björn 2, Cyril, Finian and  Buzianis each one. Björn was the only sailor, who made it into all winner finals. In the end Björn got better and Finian had massive speed, but Antoine could handle the pressure very well.

Congratulations to all winners!