No windsurfing action on the first day of the EFPT event in Leucate, France.

On the first day of the Mondial du Vent race director Tom Hartmann instructed all riders about the new rules for the season 2010 and presented the ladder for the competition. During the meeting the first sunbeams made their way through the clouds over La Franqui and stayed up the whole day. The Mondial du Vent attracted on it´s 6th day again about 2000 people who could enjoy BMX shows, a big fleet of kites and one start attempt of the Orange Speed Crossing which had to be canceled after a few minutes because of insufficient wind.

The European Freestyle Pro Tour took over the main stage at the Mondial du Vent where all the riders where introduced by Roberto Hoffmann. For the audience it was pretty cool to see all young heroes of the Tour. There were also some cheering school girls taking pictures with their mobile phones of riders like Dieter van der Eyken (Starboard/Severne), Yentel Caers (F2) and Pim van der Borgt (Vandal Sails). The forecast for tomorrow looks a bit more promising so we hope to deliver you some Freestyle action the next days. 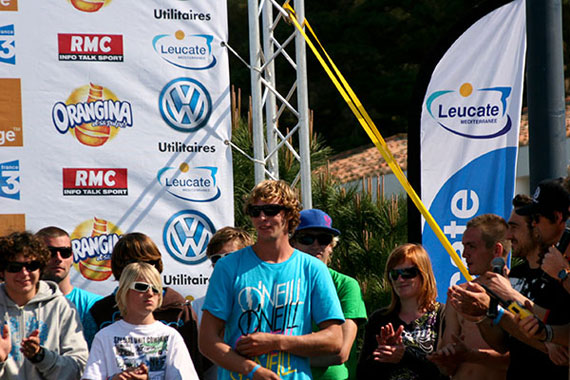 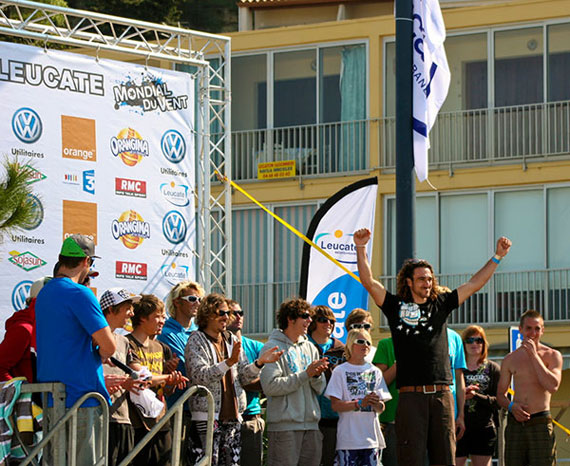