Maaike Huvermann & Amado Vrieswijk win the 219 EFPT DAM-X in Brouwersdam in the Netherlands. Lennart Neubauer and Lina Erzen were dominating the U-16 divisions. It was an exciting final event of the EFPT as the conditions got better day by day.

On day 3 the wind blew from the morning onwards with 25 to 30 knots, in gusts up to 35 knots, from south-westerly directions. The strong wind produced a steep chop, which allowed the best riders to land clean Air Kabikuchis and Amado Vrieswijk a Double Air Culo.
The man of the day was Amado Vrieswijk, who made it to the final of the double elimination and then won twice against event leader Steven van Broeckhoven with an incredible high score of over 41,56 points (3 moves counting on each tack). Giovanni Passani finished the double elimination in third.

Finally more wind today. I felt comfortable and could win. I just have seen Steven landing a Bongka into my face and thought, mmmh, I have to land one, too! (Amado Vrieswijk) 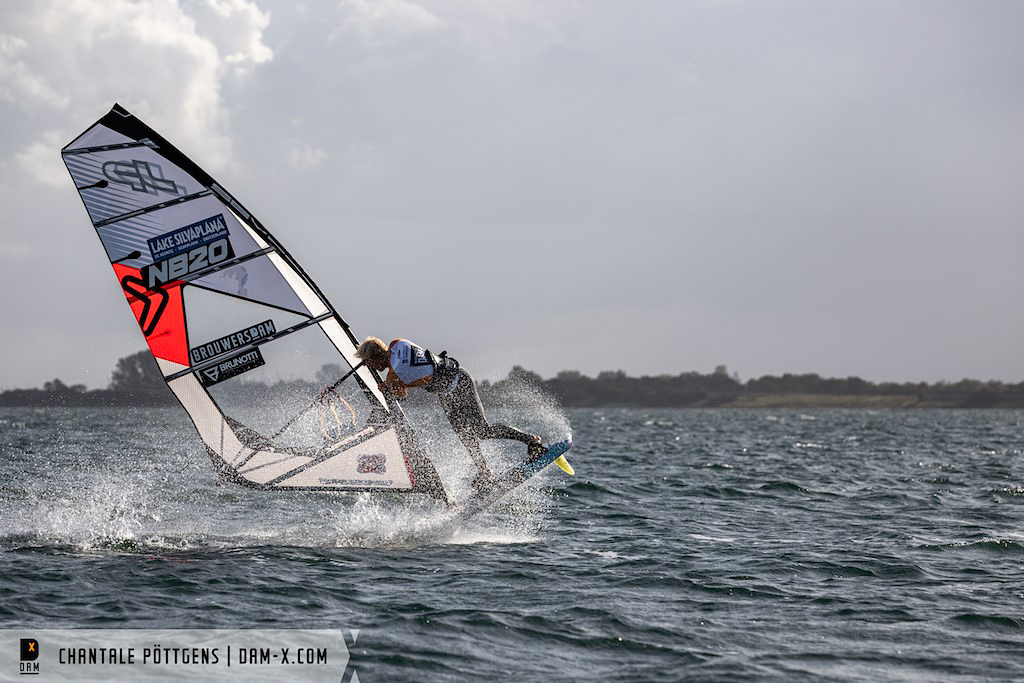 In the ladies fleet Dutch Maaike Huvermann won the final in the double elimination by more than 2 points difference against Dutch Arrianne Aukes. Maaike felt much better today. Slowly the power returns after having an chest infection. Arrianne definitely showed some of her best freestyle this year. Arrianne said, that she has been training a lot at the very choppy spot in Turkey the past months. 14 year-old Slovenian Lina Erzen, who spent almost the whole summer on the Canary Islands, won against German Lisa Kloster, who had a strong comeback in the double elimination.

Since the junior U16 division has only been run at one event so far (EFPT Lanzarote), race director Thijs Van der Meer decided to do more eliminations at Brouwersdam. It was Lennart Neubauer, who was dominating this division, followed by Tijmen Meijers in second and Tigo Kort in third place.

Lina Erzen was dominating the U16 girls in front of local Sterre Meijer and Salomé Fournier from France.