From 15th till 17th of Oktober the EFPKT (European Freestyle Pro Kids Tour) took place at Alacati in Turkey. The EFPKT is a serie of 6 competitions in 6 different places in Europe. Young freestyle windsurfers from Poland, Netherlands, Germany and Turkey were joining the last competition in Turkey. Favourite was the 15 years old Rick Jendrusch (Starboard/Severne) from Netherlands, who just won the Pro Kids World title and got second in the Dutch Championship under 20. 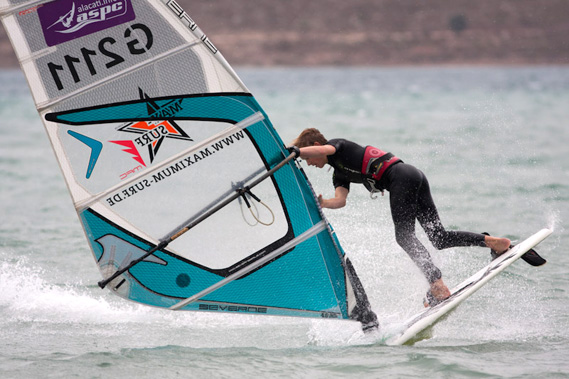 On the first two days of competition, the wind was too light to start the official competition. The windsurfers enjoyed the warm temperatures and the sunny weather in Alacati. On the third day of competition the wind kicked in, gusty, but the organizers started the competition.
The new blood of freestylers went on the water and made the best out of the gusty conditions, showing a lot of lightwind freestyle tricks, like Geckos or sailtricks combinations. With a lot of pumping even some sliding moves were possible.
Really amazing was the show of the Dutch Rick Jendrusch with his 4.3m2 sail, who put himself into planing even in the lightest gusts and showed really fast Flakas, Eslider etc. 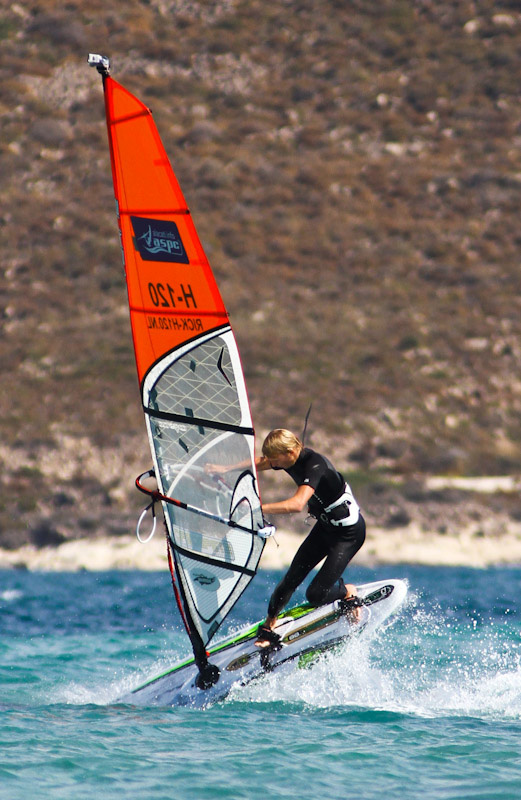 But also the two Germans Valentin Böckler and Julian Wiemar impressed the judges with good maneuvers and showed, that they are freestylers to be reckoned with in future competitions.

Unfortunately the wind dropped totally before the final heat of the competition. A competition without a final wouldn´t be a success, so all the finalists decided to stay one more day, to wait for the wind. On Monday the 18th the forecasted wind kicked in with 25 knots and brought nice conditions into the bay of Alacati.

At 10.00 in the morning the final got startet between Rick Jendrusch, Valentin Böckler and Julian Wiemar. The final was a great show, but Rick Jendrusch´s show was the best and he won the heat. Pretty tight was the decision between the 2nd and 3rd position, but in the end the judges saw Valentin in front of Julian. This victory was the third for Rick at the EFPKT and he now can call himself “European Freestyle Champion” in the Youth category. 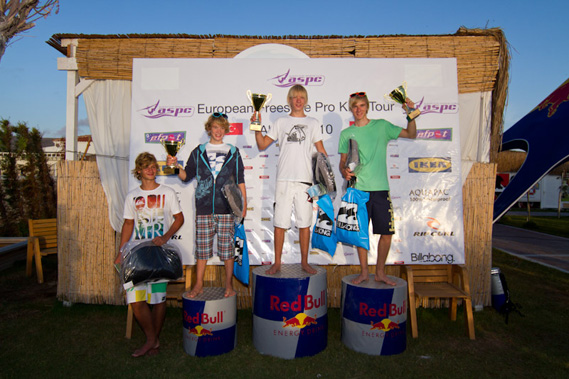 “and got second in the Dutch Championship”

Not totally correct, under 20..