Yesterday the news about an interesting sponsorchange came in the office. At this time of the year sponsorchanges are relatively seldom happening. Dario Ojeda, who was on F2 boards while the beginning of the season , but left the brand, signed a deal with Tabou boards.

From now on top Pozo rider Dario will be in the team with Alex Mussolini, Thomas Traversa, Ross Williams, Jamie Hancock, Robert Sand and Arnon Dagan in the waves. It´s a pretty strong team, but Dario has good changes to be on eof the best at his homespot in Pozo.

“Effective immediately Pozo local Dario Ojeda will join forces with the powerful Tabou Team. Dario is well known for his aggressive riding style both on and off the water!” the news department from Tabou stated.

“I have seen Dario progress as a sailor for the last 10 years and he is a deadly force in his home waters of the Canary Islands – Watch for him to do some damage on the PWA tour!” says current Tabou-Gaastra team manager Matt Pritchard. 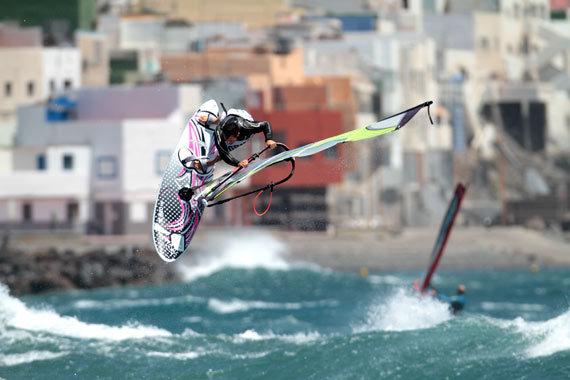 Matt Pritchard had the chance to interview the latest Tabou team member. Check out this interview on the Tabou website

i’m happy that dario join Tabou coz the boards are really aggressive as his style….see u on august in Pozo !!!