The first day at the DAM-X EFPT event saw already nice weather and suitable wind conditions to start the EFPT freestyle comptition. On the second day the eastwind picked up to 25 knots and was blowing for the whole day. Tom Hartmann and his judges worked nonstop and at around 6 o’clock Steven van Broeckhoven and Sarah-Quita Offringa were annouced as the winners of the double elimination.

We edited a clip with some of the best action we captured during the day.

Du to the eastern wind direction, the race director had to place the heat area further outside. We saw pretty all high level freestyle moves. Sarah-Quita impressed with one handed Burners, Ponches or fast Flakas. Steven landed the only Shifty of the event in the final of the double elimination against Jacopo Testa. Steven was extremely consistent and went for big moves. He tried to go as high as possible and even tried a Double Air Culo. But it was not only Steven, who showed great moves. Davy Scheffers slided through incredible Lolly Pops, Taty Frans landed an ankle dry Back Loop, Antoine Albert went for big Air Kabis, Jacopo Testa landed a great Bongka and other move combinations, Sam Esteve had big air moves on his score sheets and Dieter van der Eyken is still not tired of a long season landing fast double moves. In the ladies fleet Arrianne Aukes and Maaike Huvermann were the two ladies who came the closest to Sarah-Quita’s performance but Jazzy Zwerus and Hanna Poschinger showed good skills, too. Freestyle windsurfing is a big show nowadays. The best riders land most of their move attempts and just a few moves are crashed. 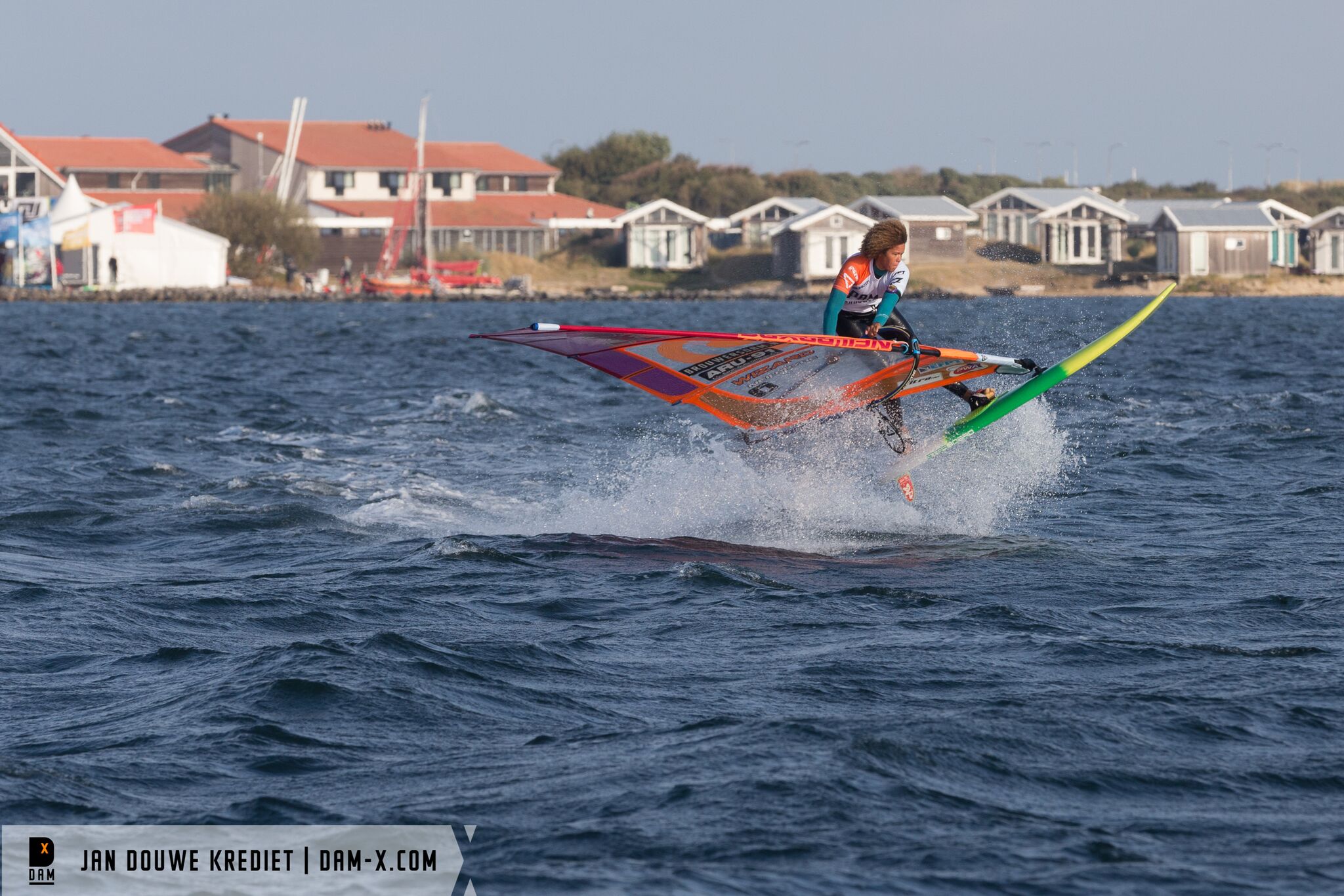 The Dutch spot in Zeeland is definitely one of Europe’s hotspots for freestyle windsurfing and the event, which is organized very well, attracts spectators mainly from the Netherlands, Belgium and Germany. At the moment we are working on a video clip about today. We got tons of footage, filmed from boats, with drones, GoPros and from the land and actually need to sort out the best clips to edit a clip. 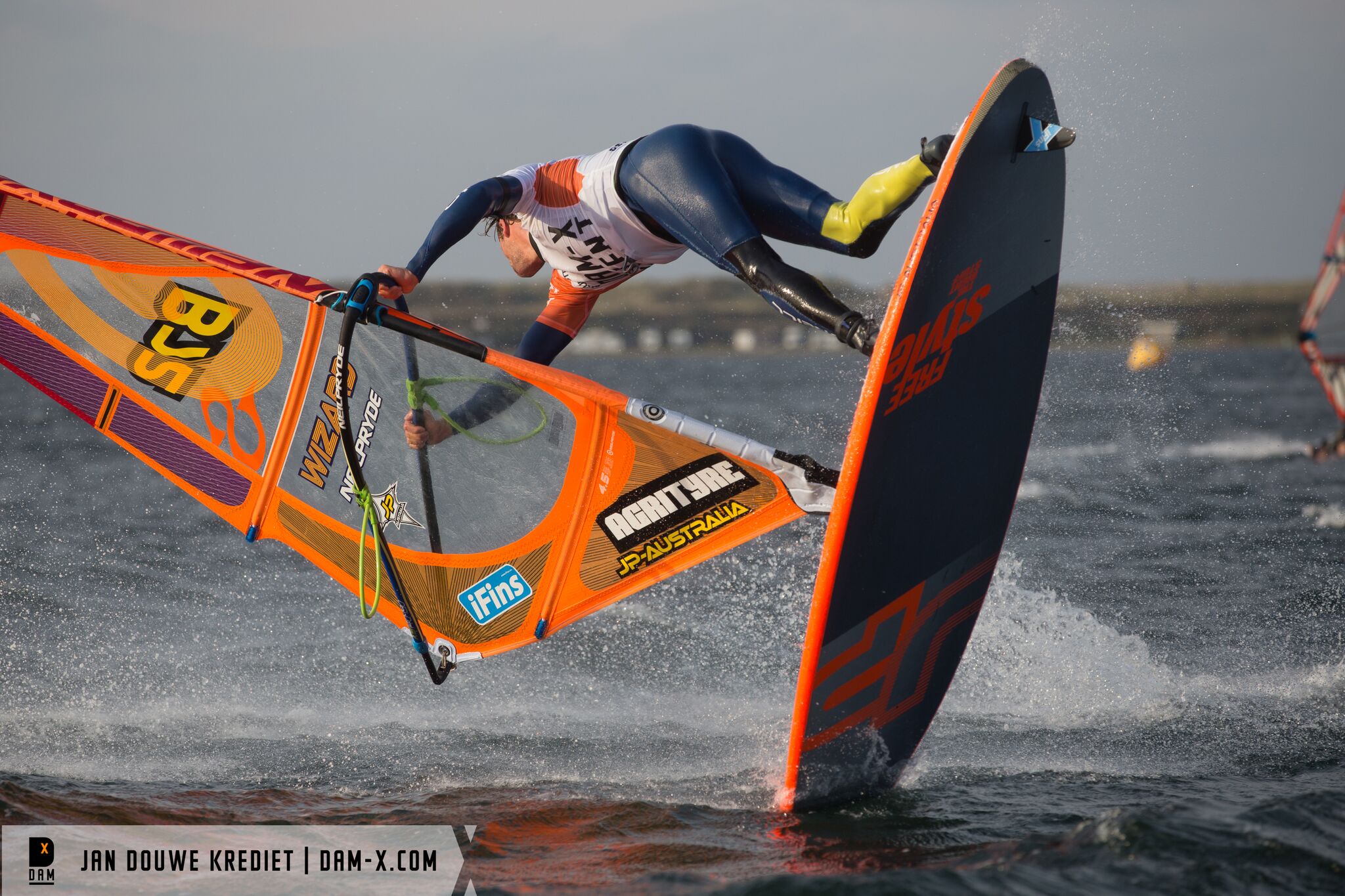 The extremely long day saw so many highlights. The kids and young ladies were ripping as well. We are impressed by young Lennart Neubauer, who lives in Naxos, Greece and sticks Shakas with a lot of style at the age of 12. Just incredible! Unfortunately Maaike Huvermann injured her ankle during a Kabikuchi crash and is not sure if she can continue with the competition. Amado Vrieswijk and Yentel Caers were on the water, too, but just for a free session. Both aren’t allowed to compete in the DAM-X event at Brouwersdam. They are top ranked PWA riders in the freestyle discipline and they already participated in the EFPT event in Lanzarote. The participation could cause a ban for the PWA tour in 2017. But Amado announced to participate in the fun race on the upcoming  weekend. 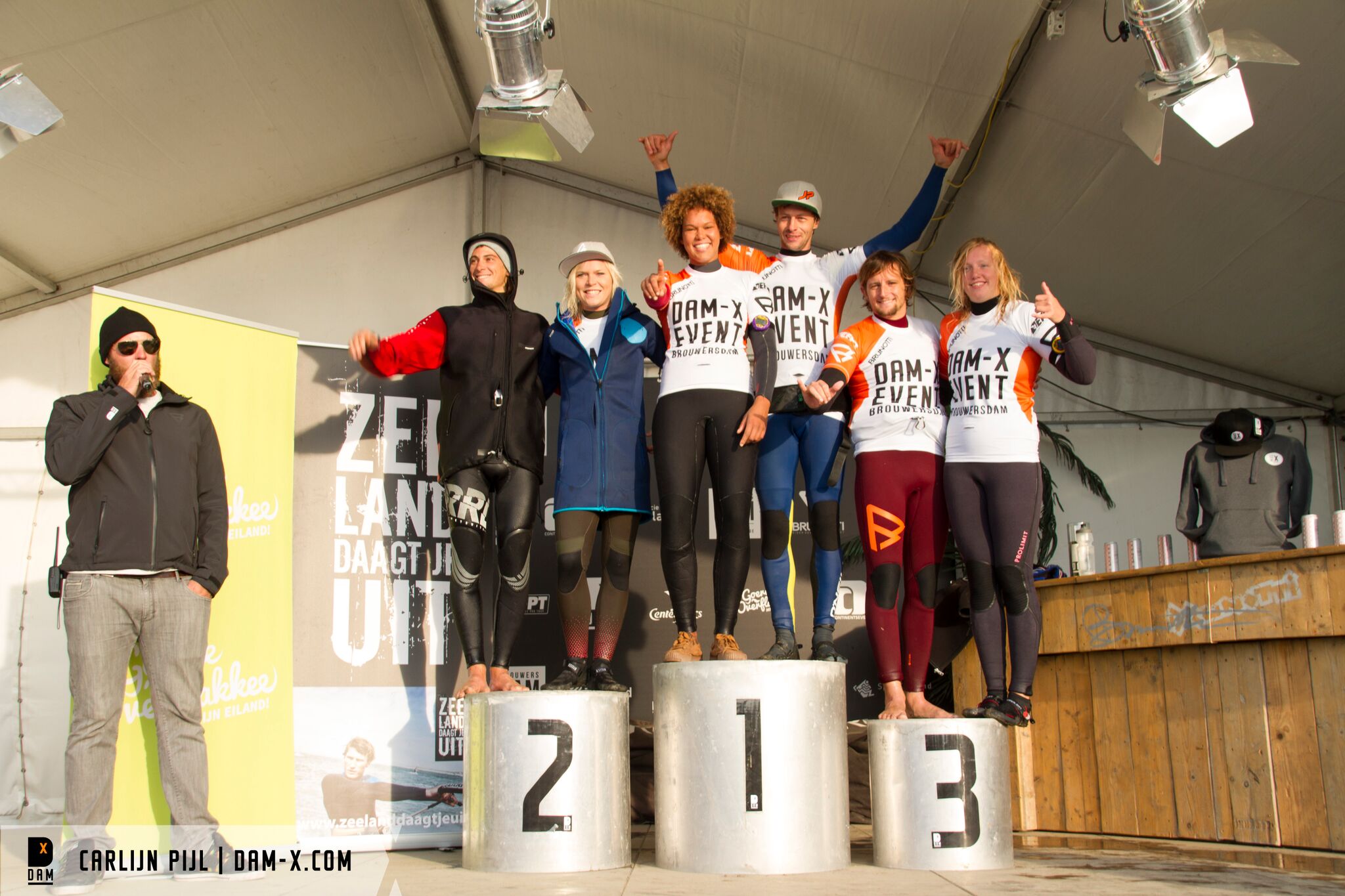