The 2018 Gran Canaria Wind & Waves Festival, which is the 30th anniversary of the event, started with a real high wind day. 40 to 45 knots welcomed the riders and the competition bega at 13:30.

48 men, 23 women, 35 boys and 11 girls registered to compete in the stormy conditions of Pozo Izquierdo.

We saw 8 heats of the men in the afternoon. The wind was howling, gusting up to 45 knots. Many of the men were on their smallest sail sizes. Young French ripper Loick Lesauvage reached the high score of the first round with 24.75 points. 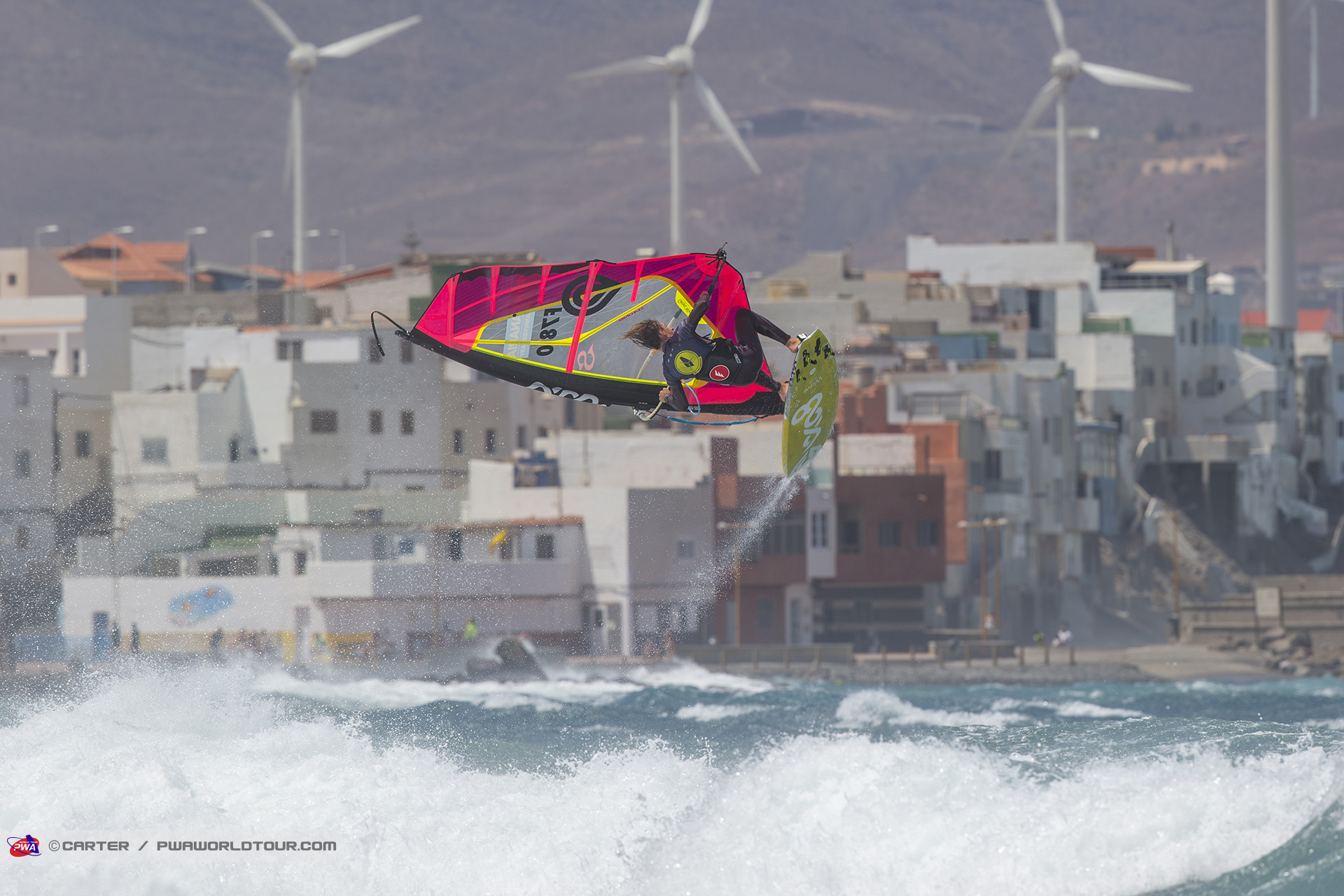 At 18:20, after a 2 h break, 4 women heats were completed. The wind dropped a bit from stormy to high wind. The experienced ladies impressed most and showed brilliant wave rides. Steffi Wahl managed to produce the high score of the day with 27.88 points. Nayra Alonso, Vargas local, had 22.62 points on her scoresheet after the heat. The freestyle girls Maaike Huvermann and Oda Johanne made it through her first round heats. Unfortunately Maaike snapped her board during a flat Forward loop landing. The top 16 ladies will continue to battle for the victory in the single elimination tomorrow, on day 2. 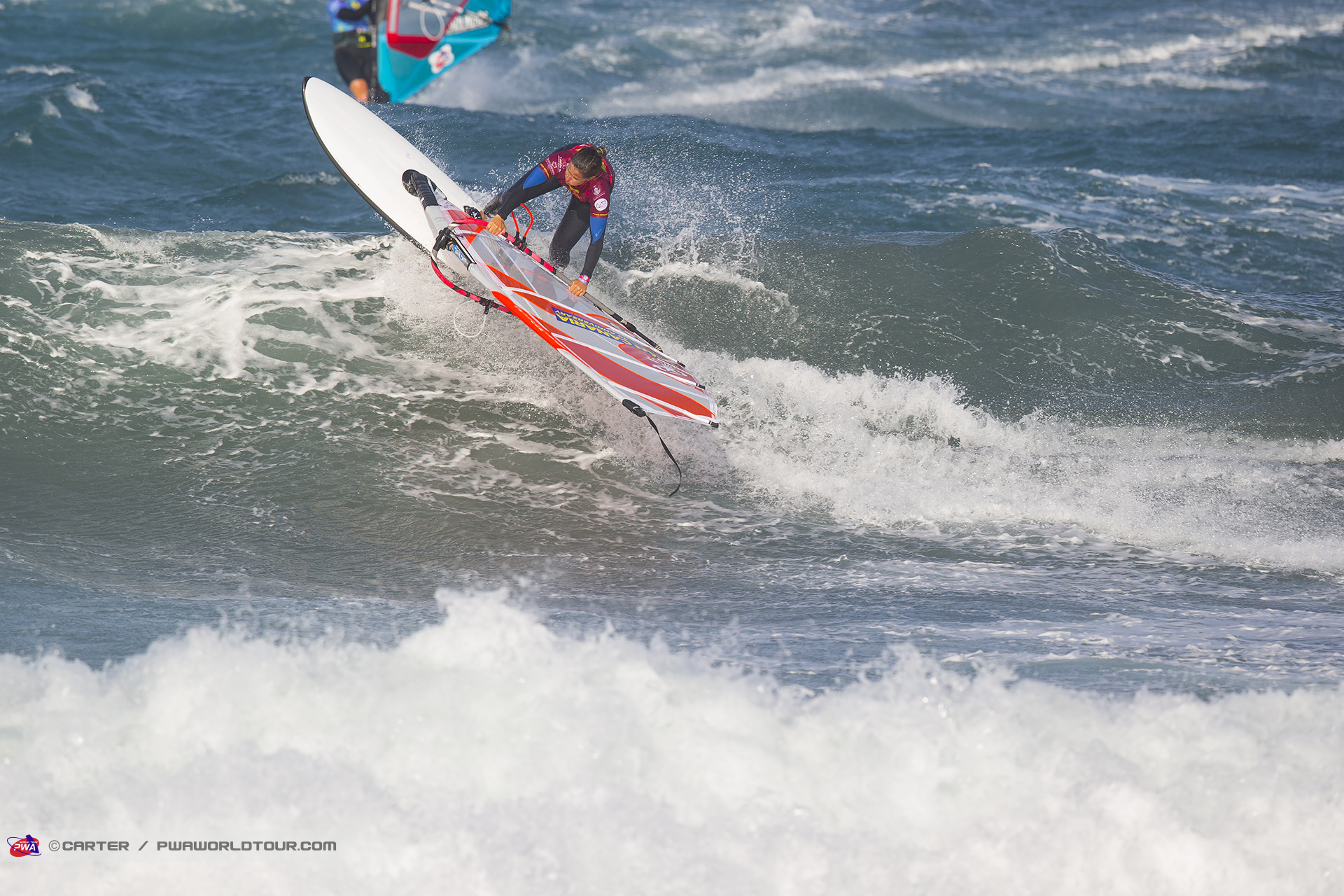 Klaas Voget and John Skye, who used to compete at Pozo aren’t competing. They both decided to not take part due to their job. Both are working for windsurfing brands (Klaas for Fanatic and John for RRD) and had not enough time to prepare for the competition.

German windsurfer Henri Kohlberg broke his leg while landing a Push loop 2 days prior to the event and is not able to compete this year. We wish a quick recovery!

The 8 times freestyle world champion managed to land all his moves he picked up over the last year and made it to round 2. He landed a big double Forward, a big Back loop, a clean Frontside 360° and a Goiter in the wave. Let’s see how far he will make it. His next opponent will be former Wave World Champion Thomas Traversa. 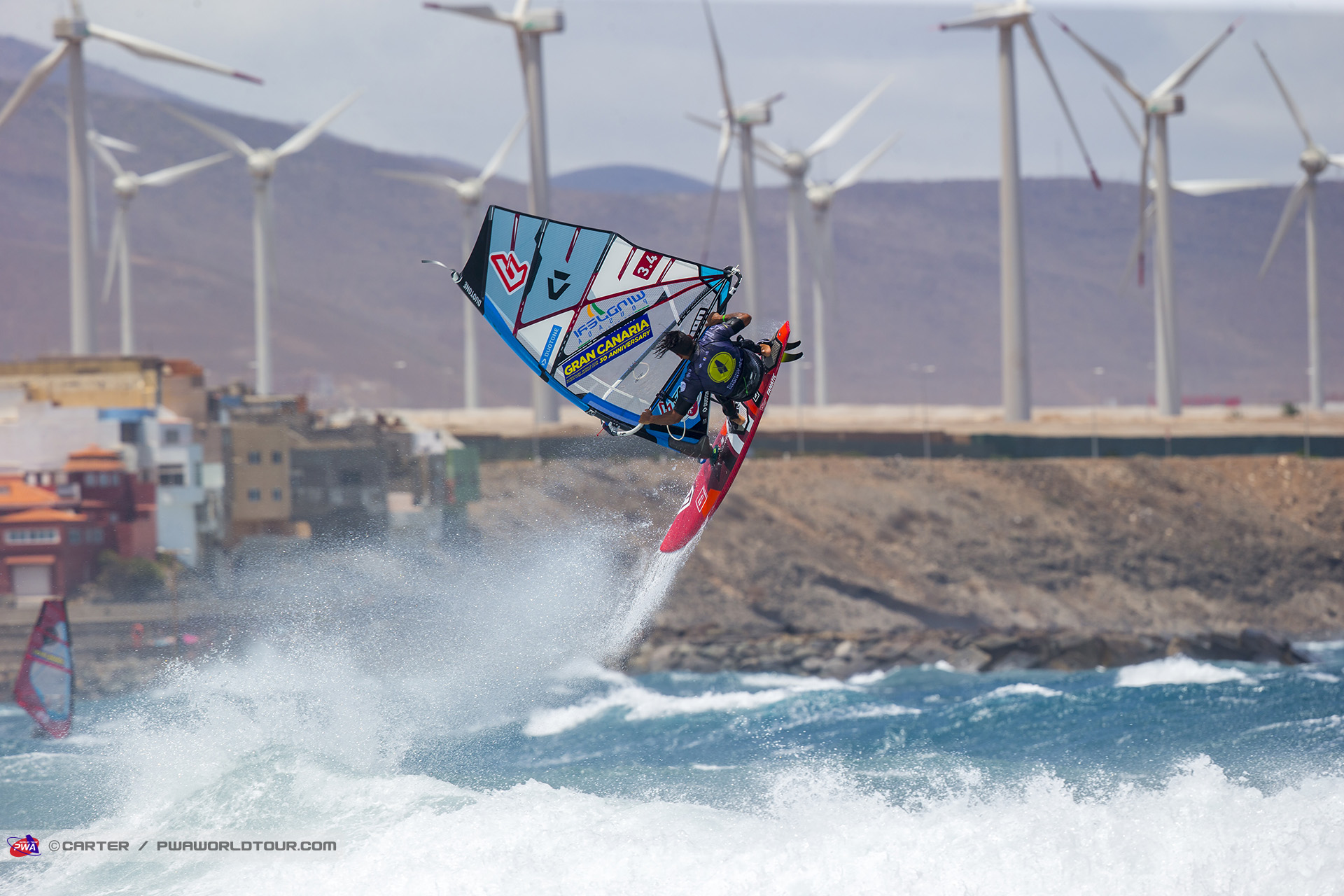 We spotted former Wave World Champion Francsico Goya on the water in Pozo Izquierdo today. He went on the water today and still showed great skills riding waves with style and nailing radical air moves. He even tried a Push loop off the lip on the way in (The push loop you can see in our chrash video from day 1). Respect Mr. Goya!

We saw some hard crashes today. We unfortunately missed one really spectacular crash from Arthur Arutkin, where his sail and board separated during a Double Forward loop attempt.

Excellent summary of the day on the water and all circumstances around. Great.