Again it´s the racing scene, where we can notice spectacular changes.

Finian Maynard is working with Dan Kaseler on the new sailbrand Avanti Sails and they already released the racing sail called Machine M-1. It´s available in 7 sizes. Peter Volwater left MauiSails and will now sail with Avanti Sails. Finian had finished the 2011 PWA Slalom season in 5th position overall and Peter made it in 7th. They both definitely will be a great testing team on highest level.

Micah Buzianis left NeilPryde and will sail with MauiSails. The number 6 of the 2011 racing season, who lives on Maui, now will work intense with Barry Spanier, Phil McGain and Artur Szupnar on the Maui Sails product and fight for podiums in the PWA events.

And that´s a burner, Antoine Albeau left JP-Australia and will fight for the Slalom title on RRD boards next season. So he will be in a very strong racing team together with Finian Maynard and Julien Quentel. 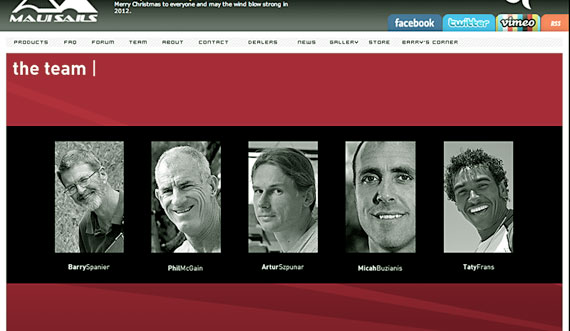 Let´s see, which brand Marcilio Browne will have choosen after he left Fanatic/NorthSails. And there are several more big changes to expect. Sure, the change of Steven van Broeckhoven from F2/Gaastra to JP-Australia/NeilPryde was a big one already and hard to beat.

I guess the Avanti team will be sitting in shore for this 2012 becasue their sails are not in the register PWA Sails for 2012.

hahha it will be interesting.. is there time for avanti to get into the register or is it over?

Marcelio is on Goya / Goya 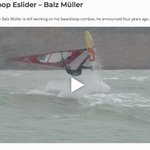