Antoine Martin and Camille Juban – both are from the Caribbean island of Guadeloupe – live a real windsurfer’s life. They rip in waves and when it is flat the two adrenalin junkies are looking for some other fun. They both jumped down a huge cliff of 30 m height. “It was risky. Before we jumped down we saw a turtle swimming around at our landing point. Luckily the turtle disappeared. And we had to do the jump twice as KP missed out the action during our first attempt. It was scary. We both got injured a bit at the knees during the heavy impact at the landing. These jumps you do once a year.”

They both wanted to show there isn’t only windsurfing. You can enjoy the nature, have fun, organize a big party – more than 250 people joined Antoine and Camille at their party – we just paid the soft drinks, Antoine mentioned – or explore anything new. And they have endless energy in their Caribbean blood, not only because of the sponsor Longhorn, who made the realization of the video possible.

Robby Swift, Marcilio Browne and Ricardo Campello travelled to Oahu and had a few great wave windsurfing sessions at Diamond Head, one of the most iconic windsurfing locations in the world. Watch their video! #Oahu #windsurfing https://www.continentseven.com/wave-windsurfing-action-in-oahu-hawaii-video/ 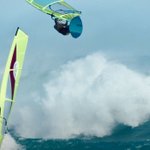 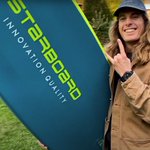