On the second day of the first PWA Slalom tourstop in 2010 at Jinha Beach, South Korea the conditions were good. The thermal wind picked up quite arly and the first race could get started in the late morning hours. 57 men and 13 ladies were fighting on a 4 mark Slalom course for the positions. Antoine Albeau continued his victories from the past in race one. But his teammate Micah Buzianis were on his heels and a fast Björn Dunkerbeck followed in third. The wind was light and gusty. 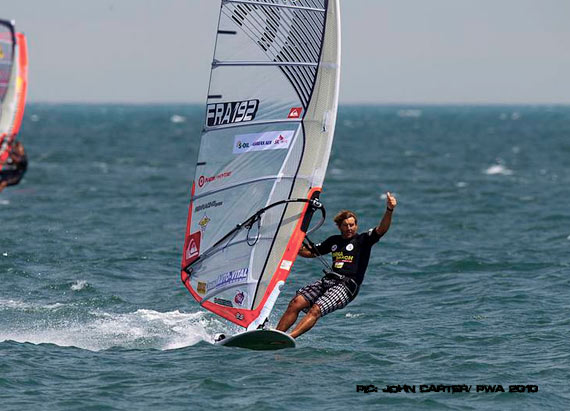 The wind picked up to 25 knots in gusts and Björn Dunkerbeck was on form competing in his determined style like some years ago followed by an extremely stron sailing Jimmy Diaz and a surprisingly good Arnon Dagan. 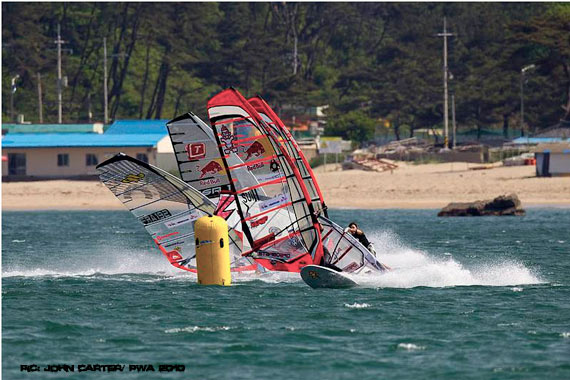 The PWA racecrew continued with a third race in the men category in quite gusty conditions. Finian Maynard, who already went over early in his first race of the day saw a great comeback winning round 3 in front of Antoine Albeau, Kevin Pritchard and Björn Dunkerbeck. 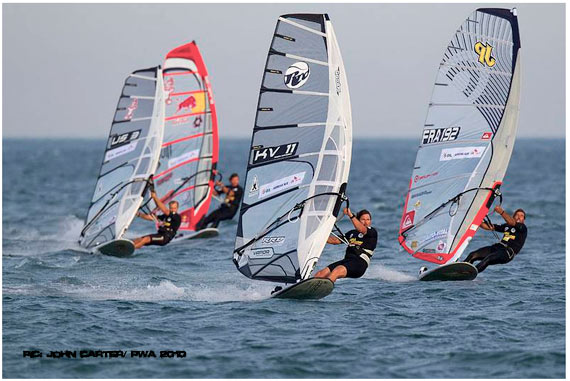 Antoine took the lead after day 2 with 6,7 points , followed by Björn, who is just a point behind and Micah Buzianis, who has 15 points after 3 races. Just these top 3 ranked sailors made it into all three finals of day 2.

In between the men races 4 ladies rounds were sailed. They started in the full fleet of all 13 participants. French youngster  Alice Arutkin, who recently became IFCA Youth worldchampion, took two vitories and a second and sits in acomfortable lead in front of Karin Jaggi and Sarah-Quita Offringa. 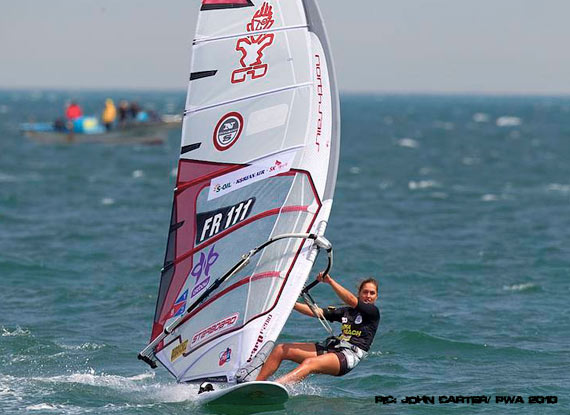