Anders Bringdal in an interview

It was the year 1976: the year in which the brand Mistral got established. Windsurfing made its mark for good. Mistral became the leading brand. Jill Boyer, Nevin Sayre, Randy Naish, Charly Messmer, Robby Naish, Frank Maass, Tomas Persson, Tim Aagesen, Pete Cabrinha and Nancy Johnson were the biggest names on their team.

34 years later we just had a chat with Anders Bringdal (S-10), who took over Mistral in 2009 and we asked him what´s going on. On our trips to the PWA events we also met his partner Ernstfried Prade, who is working on photoshoots and we met some of the Mistral teamriders: Dan Ellis, Jonas Ceballos and Martin “Lampi” ten Hoeve. And we felt there is some fresh air around the corner. Read the interview and get a bit more into it what´s going on behind the scenes. 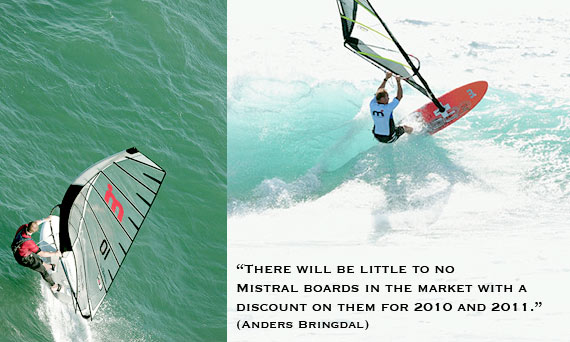 Anders Bringdal, still one of the best Speed- and Slalomsailors on the globe plus good looking in waves (Pics: mistralboards.com).

AB: Things are rolling along fine, thank you, The main production is going great out of the Vietnam factory and we have just now started the Mistral One Design again out of Cobra in Thailand. As you can imagine to launch Mistral all over the world is very tough, so I have focused on the main markets where I have good importers working and as time goes on I will fill in in the countries where we do not have such a great representation.

C7: When did you produce the video on Lanzarote?

AB: We did the vid on Lanzarote this winter during the photo shoot.

C7: What was the main focus for the video and how many days did you work on it?

AB: Well, not really a main focus with it, “My jack of all trades” Ernstfried Prade. Side by side with the shooting he did he also took the video. As with most things he is working away with is without letting me know too much and then voila, it is done…. I am a lucky guy to have him around… 🙂

C7: Will you work on further vids?

AB: For sure, I think it is good fun and helps to explain the products a bit better. Some videos are just action other more informational but in either case, I like them and think they animate the website quite well.

C7: What are the main target groups of Mistral right now?

AB: For Mistral the target is to supply a great product that does what it should and also is worth the money we ask for it. Sounds simple enough, but many others have missed this point.

Our main target group is the one that is sailing a lot and needs the material to perform to the max for a long time. No point to have a great board, if it will break after the first hard landing. I made sure that we built the boards to handle pretty much anything that you could get into with them. 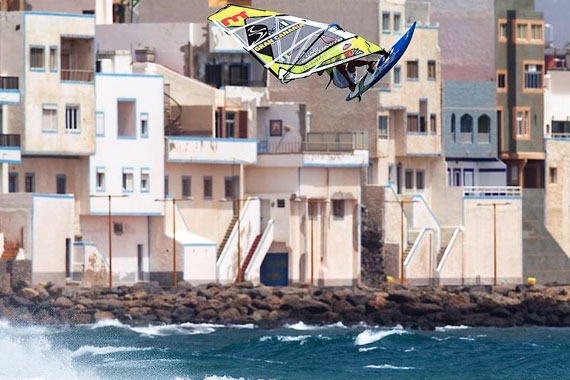 C7: Can you recognize a growth in windsurfing in general right now or is there no growth happening?

AB: From my side it is too early to tell, as I have just started to run with Mistral we are having a lot of growth, but this is not due to the market being bigger or smaller but mostly due to how we manage to get our boards into the market. For now I am not trying to sell as much as I can, but to sell what we sell at full price and also only work with shops, who follow that principle.

There will be little to no Mistral Boards in the market with a discount on them for 2010 and 2011. This is mainly due to that we do not over supply. This will mean, that when a customer decides to go for one of our boards,  he will have a board, which will still have a great second hand value after one year.

If I would steer Mistral down the road of what is actually happening in the market I would also be stuck with a terrible second hand value for the boards as you can find already now 2010 board from other brands at 40% off. Hard to get any real money for your 6 month old board then.

When the company do not discount the chance for the second hand value that the customer will get, when he trades the board back in, is much higher than if we did. To me that makes sense and I hope down the line will help grow the customers satisfaction into the brand and feel happy with not only the performance of the product, but also feel good about it cash vise.

C7: How important is it for Mistral to be visible on the PWA worldtour and in the professional scene of windsurfing?

AB: I think it is really important. Would be better if they could get more of a wave tour happening though. For now the Slalom is a real tour, where the best sailor in the disipline will win. Same can be said about the freestyle tour.

Not 100% sure that the same can be said for the wave tour with such a small tour with only side on conditions and no real wave riding part from a possible good event in Denmark. I think they will have to work harder on making the tour more visible in areas with real waves. 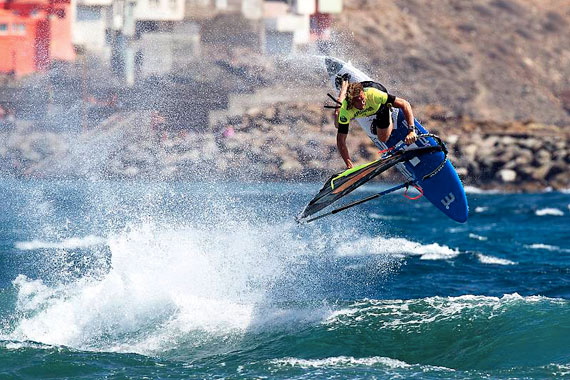 C7: What are the short term goals of the brand Mistral?

AB: I am working on some SUP boards. It is a great  sport to do when the conditions are not good for windsurfing. Part from that there are also some new models that I am working on that will see the light of day by September next year.

C7: Do you see Mistral coming back as a big market player in the near future again?

AB: The product is there. How successful I will be able to make Mistral depends on the ability to supply, when I need in a good way.

But as I said above, the point for me is not just to run after selling big numbers, but to make sure, that the customers are super happy with their boards.

That will lead to the success I am looking for which is a great second hand value for the boards….Once that is achieved I believe Mistral will be back on track.

Give it to mee baby!!