On November 22nd Zara Davis broke the women’s windsurfing speed world record in Luderitz, Namibia and regained the record she actually held from 2012 to 2015. With a speed of 46.49 knots (86 km/h) down the 500 metre, narrow canal she broke Karin Jaggi’s speed record of 46.31 knots from 2015. This record is subject to ratification by the WSSRC.

“This has been an amazing year for me and by far the best on my windsurfing journey. I hope it stands as an example to other girls that we can do well in this sport. Thanks so much my sponsors Simmer, AL360 and Synergy worldwide and to everyone who has believed in me and wished me well here, it has been very much appreciated. Finally big thank you to my husband Pete who has been my biggest supporter, coach and caddy and without him this would not have happened.” (Zara Davis)

Zara is not a full time athlete and holds down a full time job running her medical practice, Walnut Grove clinic in Portishead near Bristol, which makes her achievements this year even more amazing. 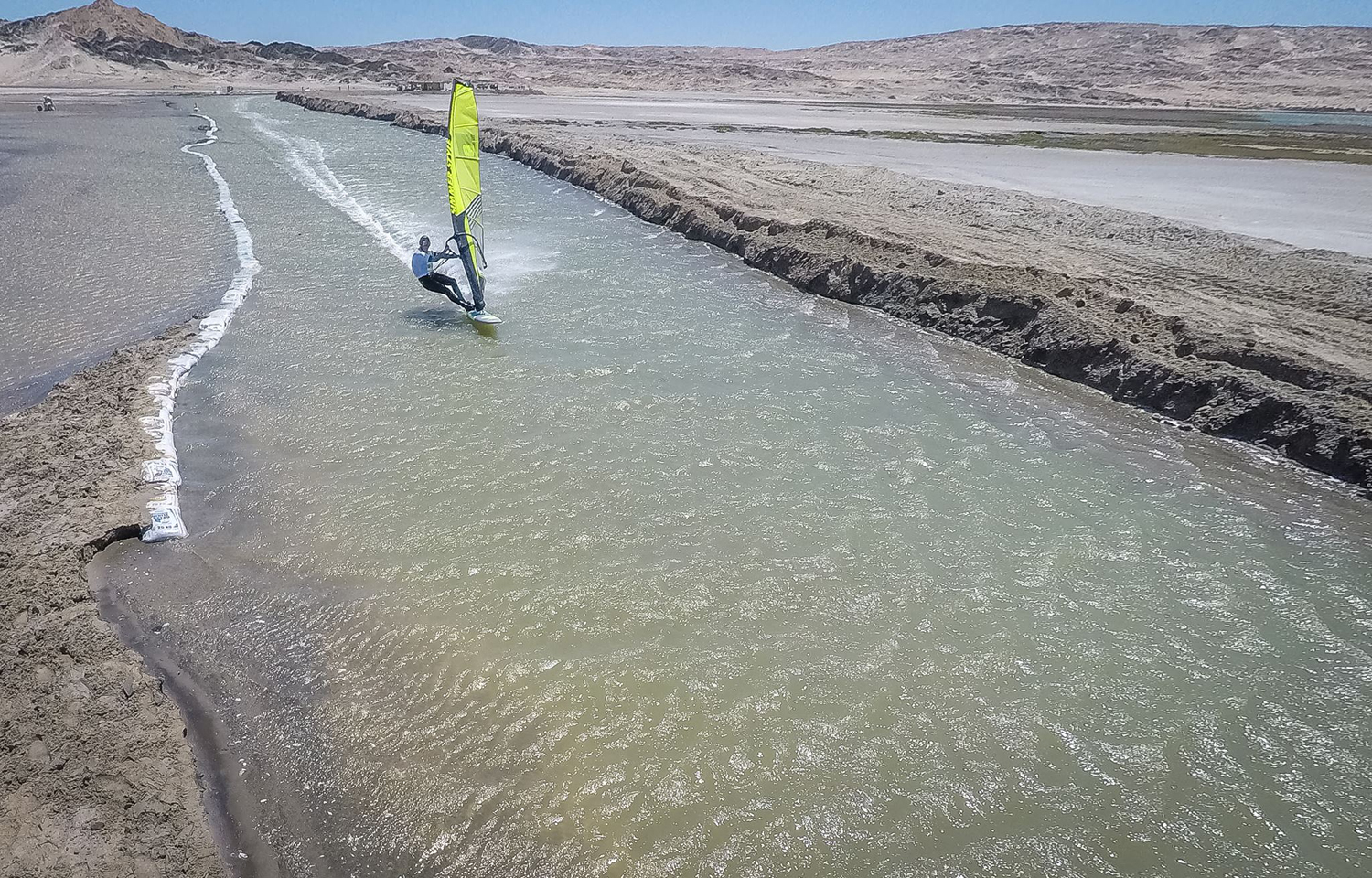 Zara Davis in the channel

With winds gusting 45 knots (Storm Force) she braved the elements to try and regain her world record that she held from 2012 to 2015 when Swiss windsurfer Karin Jaggi beat it at the same spot and has held it since.

Zara was at this world record attempt together with other world-class windsurfers and kitsurfers on standby, waiting for just the right conditions and the strong winds that this area is renowned for. Her big chance came on Wednesday, 22nd Nov when the forecast was for storm force winds from mid day from the perfect south/ south east direction that this man made canal was built for. Her first few runs on her standard production Simmer boards and sails were blisteringly fast but not enough to take the Swiss riders record of 46.31 it was Zara’s 4th run that the stars aligned and she flew down the course at the average speed of 46.49 knots peaking at 49.34 knots (92 km/h) during the run.

This speed has to be verified by the World Speed sailing Record Council but this should be a formality as the local commissioner is happy with the run. This amazing achievement finishes off a fantastic year for Zara who also retained her World champion speed title held in Fuerteventura in June, won the British speed championships in Weymouth breaking the women’s harbour record at the same time and won the British Slalom series for a record 3rd time.