From August 21 to 25 the 42nd edition of the Engadinwind at lake Silvaplana (Switzerland) took place and since 2018 the EFPT tow-in invitational event became a fixed part in the program alongside the IFCA foiling world championship and the Engadin Marathon.

After two qualification rounds the tow-in final kicked off on Saturday with the top six riders hitting the water in the morning. The finalists had three runs each, with the best one counting. With € 4.000,- prize-money up for grabs and a big crowd gathered at the beach, the riders were putting on quite a show.

Once again it is Yentel Caers taking victory. The Belgian seems to be on a winning streak as he got awarded EFPT Champ 2019 one month ago, leads the PWA tour together with Youp Schmit and now he won the Tow-In show event at the Engadinwind at Lake Silvaplana in Switzerland. Congrats!!! What a season….

Yentel landed a perfect Air burner into Air Funnell – both rotations fully in the air to score 8.94 points.

“Engadinwind was just pure fun as it’s more a show and not a competition in my mind. In the qualifying round it was Balz Müller leading with some crazy clean moves. I was just able to step it up a little with throwing double rotating moves in the air like double air burner and double air culo. I can’t say more than being super happy with another win!” (Yentel Caers)

Check out Yentel’s best action from the event 😉

After attempting a double air culo in the qualification round the day before, the pressure was on as everyone expected him to try again. After having the first place in the pocket already, Yentel went all in on his third and final run and rotated through a perfect Double Air Culo, landing upright on the board but the momentum of the fast rotation pushed him off in the end. The judges honored the style and technical difficulty with 8.44 points. Yentel was deciding on participating in this event last minute, but stated that he was really happy about this win and that tow-in is still all about the fun for him – maybe that’s the big secret. 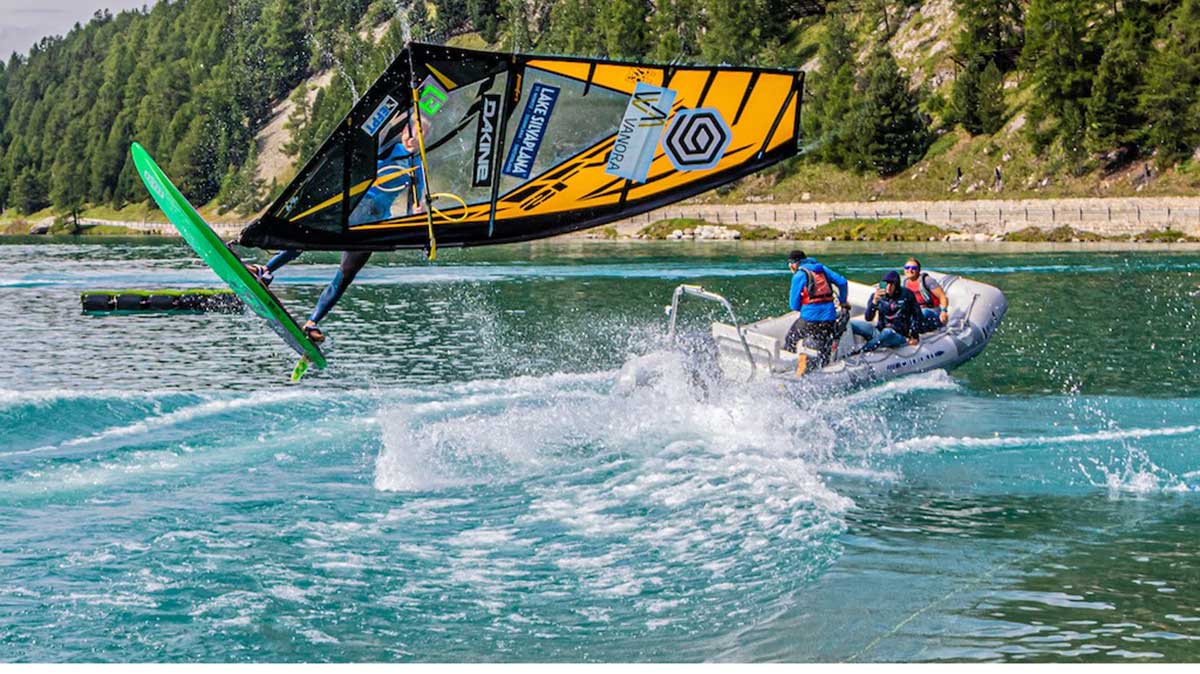 Steven Van Broeckhoven who is always one to push in this discipline went for an Air Funnell before jumping into a Burner over the wave of the boat with flawless timing, scoring 8.00 points and claiming second place.

Balz Müller didn’t disappoint and sticked an Air Burner 360 rotation, earning 7.69 points. The Swiss freestyler was furthermore planing out of his Air Funnel 720 in his second run, but couldn’t score as high due to the lower technical scores of this move. In the end he finished in 3rd.

Re-Watch the Live Stream with the Tow-In Final