Day two at the EFPT in Matas Bay, Fuerteventura was an intense day for everyone. In total 34 heats were completed on June 28th. With a whole single and double elimination finished for three divisions (U16, U18 and pro) everyone had the chance to show his skills. In the end Yentel Caers was the winner of the pro category. Italian Eugenio Marconi won the youth U18 category and Corto Dumond won the U16 fleet. Watch the video of an action packed day 2 at Matas Blanca, Fuerteventura. 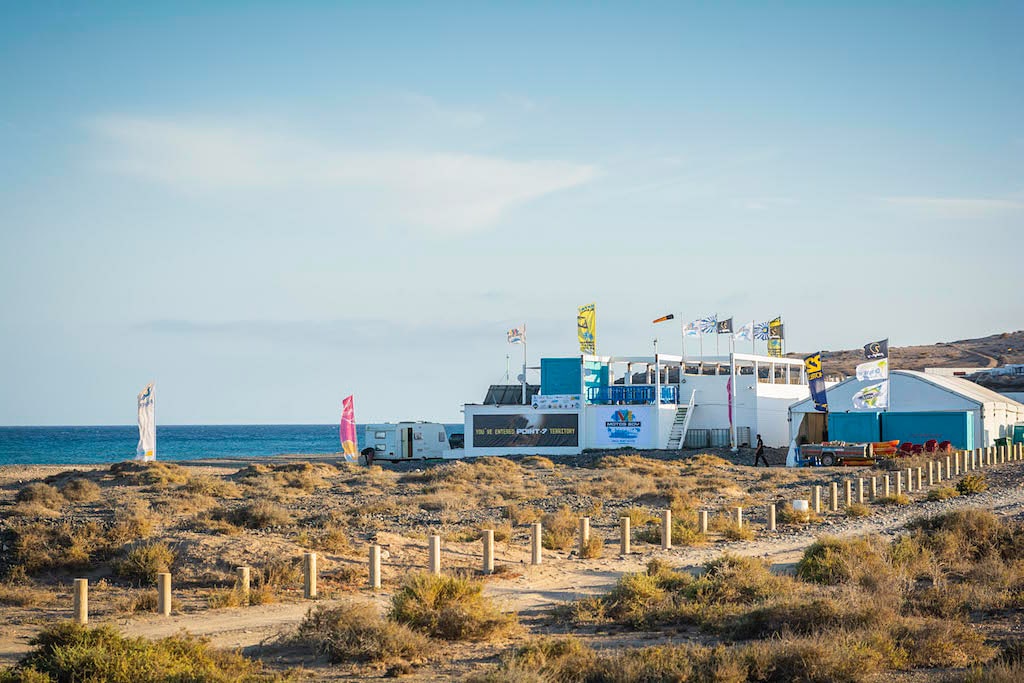 Corto Dumond, a young-gun from New Caledonia, caused quite an upset already in the early rounds of the single elimination by taking out Adam Sims from the UK. The 15-years old made quite an impression, not only in the pro fleet but also by winning the U16 division with a remarkable performance, despite his rookie status.

An outstanding show was put on by Yentel Caers  from Belgium who seemed to just ‚warm up‘ during his first heats of the single to then put down some of the highest scoring heats of the day. He took out Dudu Levi from Israel, Loick Spicher in the quarter final, title contender Giovanni Passani in the semifinal and Antoine Albert in the winners final to take victory in the first single elimination. Yentel landed double moves like double Culos, Spock Culos, Air Funnell burners and big Konos and Shakas in all of his heats. Powered up on his 5.2m he added some extra height and style to his moves.

Giovanni Passani was in a great form in the single landing a Culo into Kono and a Shove-it Grubby in his heat against Adrian Beholz , two moves that have been marked down by the judges as ‚new combos‘, leading to a great score for the Italian. However, the pro freestyler from Italy couldn’t get past Caers in the semifinal and had to let his fellow countryman Mattia Fabrizi pass on to take third place. Mattia Fabrizi was a force of his own today. After being slightly disappointed about his result in Sardinia one could see that he was determined to improve his ranking at this event. Fabrizi convinced the judges by landing double Culos, Flaka Shakas, Burner 360ies and Futures in most of his heats.

Antoine Albert from New Caledonia charged through the single elimination, showing great diversity and style and managed to pull the second place in the end.

The level of the four under 16 competitors was amazing. The top three after the double elimination landed technical power moves on both tacks with lots of style, showing their huge potential for the future. Taking third place has been Lennart Neubauer from Greece, who is sailing for Germany from this season onward. Lennart put together some great heats, but couldn’t defeat the top two who had also done their homework. Corto Dumond from New Caledonia, who was traveling the furthest for this event took the event win after an exciting super final against Stefan de Bell from Curacao, securing his first place by 0,02 points only.

In the U18 category Polish freestyler Max Lesniewski took third place, behind Marc Sogl  from Germany and Eugenio Marconi from Italy, who won the Italian U20 championship recently. The young guns landed Konos, Culos, Shakas, Bobs and Spinloops. 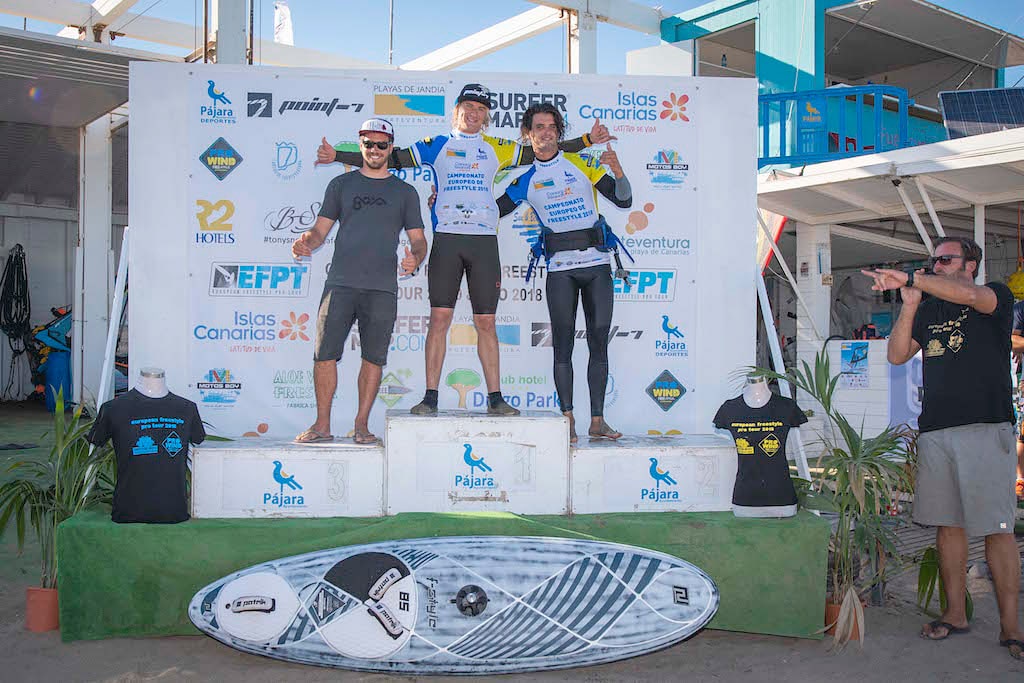 Straight after the end of the single elimination and with the north-westerly wind getting stronger and more steady, the double elimination has been launched.

Once again Corto Dumond from New Caledonia was a rider to stand out, alongside Eliran Levi from Israel, who has been on tour for a couple of years now yet could never quite get the results that he was aiming for. Both sailors finished in an excellend tied ninth place after the double.

Whilst some freestylers could mark down their best results in competition ever, some others have been eager to fight their way back up in the double, with Adam Sims being one of them. After the disappointment in the single, the Brit put together some great heats and took down Eugenio Marconi and Dudu Levi, to then be defeated by Valentin Böckler from Germany in a very close decision. In the next round Böckler met Tonky Frans, who was on a mission of his own. The tour leader after three events sailed heat after heat, climbing up the ladder, ready to take on the top riders of the single, but didn’t manage to get past Giovanni Passani. The Italian was determined to sail his way up to the podium, winning three heats in a row by putting on some very smart competition sailing. There haven’t been much surprises in this double elimination, simply some slight shifts in the final result. Yentel Caers secured his first place by landing a Culo 360, Skopu 360 and Spock Culo to count on starboard tack and a Kono, Shaka 360 and Bongka on port tack. He stated, that it is his first ever international double elimination victy and that he was super happy about it. Actually it was his first participation in a freestyle competition in 2018. Due to the rules – the EFPT is a FQS (Freestyle Qualifier Series) – he isn’t allowed to attend all EFPT events as he was ranked 4th overall in the 2017 PWA ranking.

The rule is: For 2018, sailors in the top 3 of the 2017 PWA Freestyle Ranking, will not be able to participate at any FQS / EFPT events. Sailors ranked from 4 – 6 will only be permitted to compete at 2 events. There will be no other restrictions.

One other little notice: Steven van Broeckhoven, the winner of the last event in Sardinia, is not able to compete in Matas bay due to pain in his ankle. But he is on the way to recover and will be back in Lanzarote.

Thank you for always the nice words