Today the World is invited to share the magic of windsurfing with their friends and family. A concept that has been started by the innovators at Starboard. 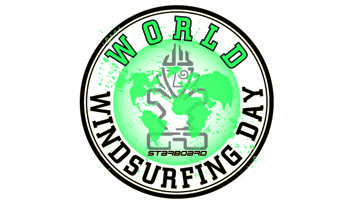 On August 16th 2009, windsurfers the world over are invited to head down the beach and introduce a friend or two to windsurfing. Your best mate, your girlfriend, your son, your daughter, your grandpa or your pet. share windsurfing with them on the WWD 2009.

The wheels are already in motion for a much larger World Windsurfing Week that will take the same idea to a new level in 2010. With talks underway between national organizations and pro riders, the aim is to make a summer festival that is centred on windsurfing.