Wolfgang “Woife” Strasser is a 46 year-old freestyler from Lake Chiemsee, Bavaria, Germany, who travels a lot with his bus and his wife Carola and enjoys freestyle windsurfing a lot. He is a real addict and has been freestyling since 2005. With his 46 years he is able to land difficult freestyle moves like double Flakas, Esliders, Grubbies, Spocks, Punetas. His past hasn’t been easy. Wolfgang was not able to walk for several years due to a heavy disease and he had to undergo 20 surgeries. At the moment “Woife” tries to spend as much time as possible on the water and he even sails at his home spots, when it’s snowing. He is a role model and ambassador for the sport as he never gave up the fight for health and the desire to learn new moves since he started freestyle windsurfing. In spring this year, we have met Wolfgang on the island of Sardinia, where he went for freestyle tricks in 45 knots. “Less is more” is his slogan and he learnt to live a simple life, which gives him and his family all, what he is looking for. Windsurfing is a big part of it. Respect!!

This video shows Wolfgang sailing at some smaller lakes in Northern Italy, like Lago di Santa Croce, Lago di Morto and Lago Cavazzo. The footage was filmed in September, where the temperatures, especially the water of the lakes, were already quite chilly.

Nice. You show that freestyle is not only for teenagers…:)

WOLFI ROCK!!!!ALWAYS THE BEST, INSIDE AND OUTSIDE THE WATER 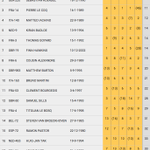 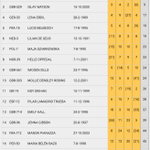 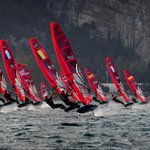 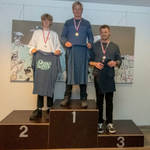 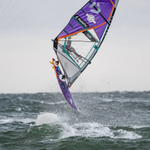