Wolfgang “Woife” Strasser (47) left Bavaria to windsurf the spring storms in Sardinia. His plan worked out well. He had 45 windy days during his 2 months lasting trip. We are happy that Woife was able to be back on the water after he had massive physical troubles around January 2015. The Bavarian has been suffering from bone neoplasm, had more than 20 surgeries in the past and he was in hospital at the end of January 2015.

And it looks like that he even improved his skills on the water during his stay on the Mediterranean island. He windsurfed at Stintino, Murta Maria and Porto Pollo. On his way back home he stopped at Lago di Santa Croce for 3 days and was probably the only freestyler on the water.

Thank you.
But if I watch the Video of Kiri, I feel like a beginner.
Every move looks so easy, but it’s so hard to learn.but enjoy your life and have fun….. gold luck….. woife 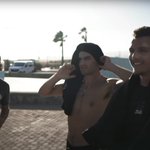 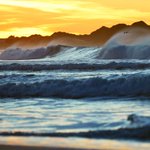