Adi Beholz, Tilo Eber and photographer Joseph Heicks explore new windsurfing territory. They travelled to Kazakhstan, the 9th biggest country in the world. The focus of their project was a photo story for the print magazines but Adi occasionally took out his video camera and edited a video.“This video is just a little appetizer for a photo story, which will be published in the next issue of German surf magazine,” Adi said.

“A windsurfing trip through Kazakhstan.” The old Muslim, who takes care of the hill and the monument, is looking at us in disbelief. For many years he has been taking care of the place, which was built in honor of Chinggis Khaan and Atilla. He has been cooking Chai for the westerners, tourists, and travelers, and spent hours chatting with them in the shade of the small trees. However when we tell him of our next destination, the Aral Sea, he responds with a warning undertone in his words: “Moda, moda!” The sudden violent gestures of the Muslim eliminates all doubts and he strongly advises against windsurfing at the Aral Sea. Nevertheless, we want to know more from him. Is there still water? How is the wind? But we do not get much more than a repetition of the word “moda”. Whatever, we are already in the middle of the adventure. On an adventure back to the past with picturesque mountain villages and untouched wilderness. To green mountains and deserts. But also on a journey into the future. Smog, waters threatened by dehydration, chemical, biological and radioactive contaminated areas and contaminated drinking water and plastic waste as far as the eye can see.

Moda – what does it mean? according to google it means ‘fashon’ but does not make a lot of sense in the context

You right Tomasz,
No proper translation via google translater. I m not sure how you spell it in kyril anyway. When you see the guy sitting there with the smartphone we already tried to use Google translate with him, impossible…
In lake Aral area more kids die than anywhere else in the world. Probably this old Moslem knew about the biological weapon tests and stuff…

So it was mostly a warning (death, danger). Can’t wait for the full story in surf magazine. 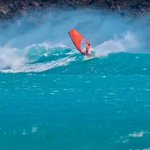 After a day of light wind the EFPT competition in #Theologos, #Greece kicked-off today. Make sure to check out the action LIVE. Competition is underway!
#europeanfreestyleprotour 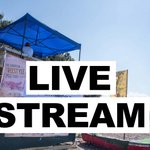