Julien Mas & Sam Esteve are the famous French synchro freestyle duo. They started to practice and film synchronized windsurfing moves around 3 years ago in Crete, Greece.

Now they released a new Windsurf Show filmed at Dakhla, Western Sahara by Frederic Goget. They both land their moves, from the Jibe to the Body Drag, from the Spock to the Kabikuchi, completely synchron. Just insane!!! And in the mix with the famous classic waltz “Waltz of the flowers” by the Russian composer Pjotr Iljitsch Tchaikovsky they dance over the flat water!! We are sure Mr. Tchaikovsky would have loved this special show. Well done Julien & Sam!! 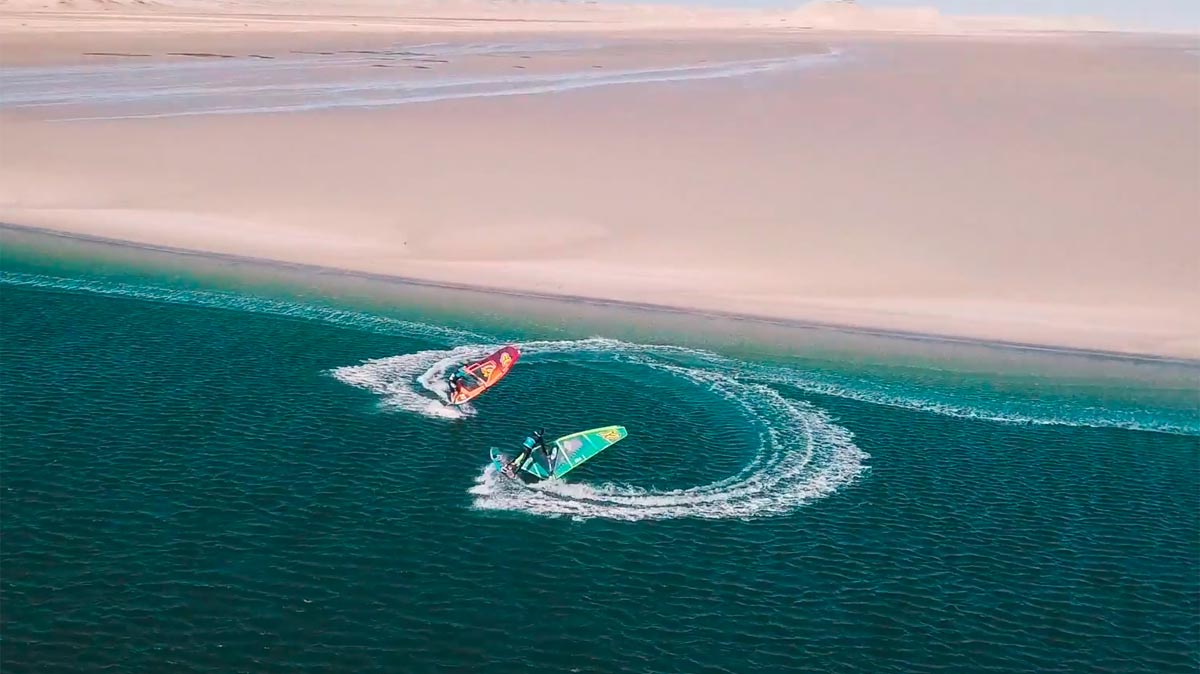 Julien Mas and Sam Esteve synchronized in Dahkla in 2018. 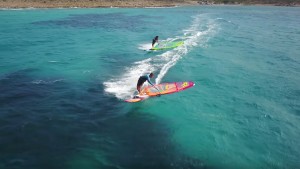 Well that’s something different. I remember how long it took me and my sister to record a synchronized gecko, this must have taken a really long time. Bravo!