Guy Trudeau Jr created something new on his new wind skater, the GTJ 2016 Scorpion. He fixed kind of hard half footstraps, the so called “fork foot holders”, which allow him to jump on the side walk or even try a switch half Kono sliding up on the curb and to grind along it. The perfect boardwalk fun.

Wind skating is the perfect option to feel the wind, when lakes and the sea are frozen during the cold winter months. And if your country will be covered by snow, learn how to modify your skis or your snowboard to get a rig on it. Imagine, Gregoire Lafortune lands a Spock Culo with his rig on the snowboard.

Guy Trudeau Jr and his friends on the wind skater at St.Bruno de Montarville 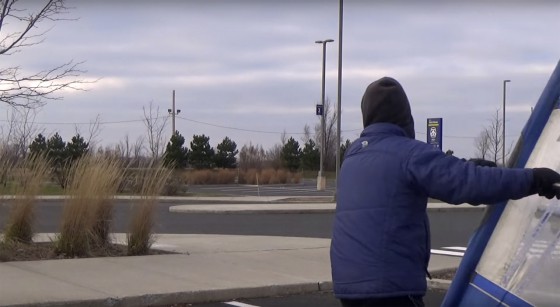 Guy Trudeau Jr on the wind skater in Canada

Are you interested how to build your windski or your windsnowboard? If yes, watch the following video by Guy Trudeau and Gregoire Lafortune. They both got asked many times about that topic and decided to release a video about it. 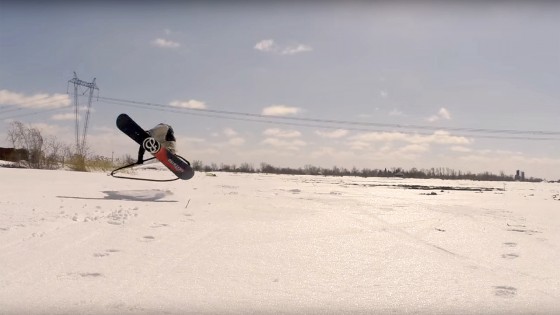