October is the time of the year when the temperatures are going below 10°C and the international freestyle events are done. The PWA had their final event in Sylt and the EFPT held their final event in Brouwersdam. No wonder, many of the freestylers travel to warmer regions, like northern Brazil to live the endless windsurfing summer.

They all participated in the 3rd WindJeri Wave and Freestyle contest powered by Jeri250 which took place on 12th and 13th of November 2016. The man to beat was Gollito Estredo, 7x time PWA Freestyle World Champion. Gollito got challenged by a bunch of Brazilian locals like Edvan de Souza or Hugo Sousa and international competitors such as Phil Soltysiak or Loick Spicher. Oda Johanne, Arrianne Aukes and Jazzy Zwerus were competing for the top spot of the ladies podium. 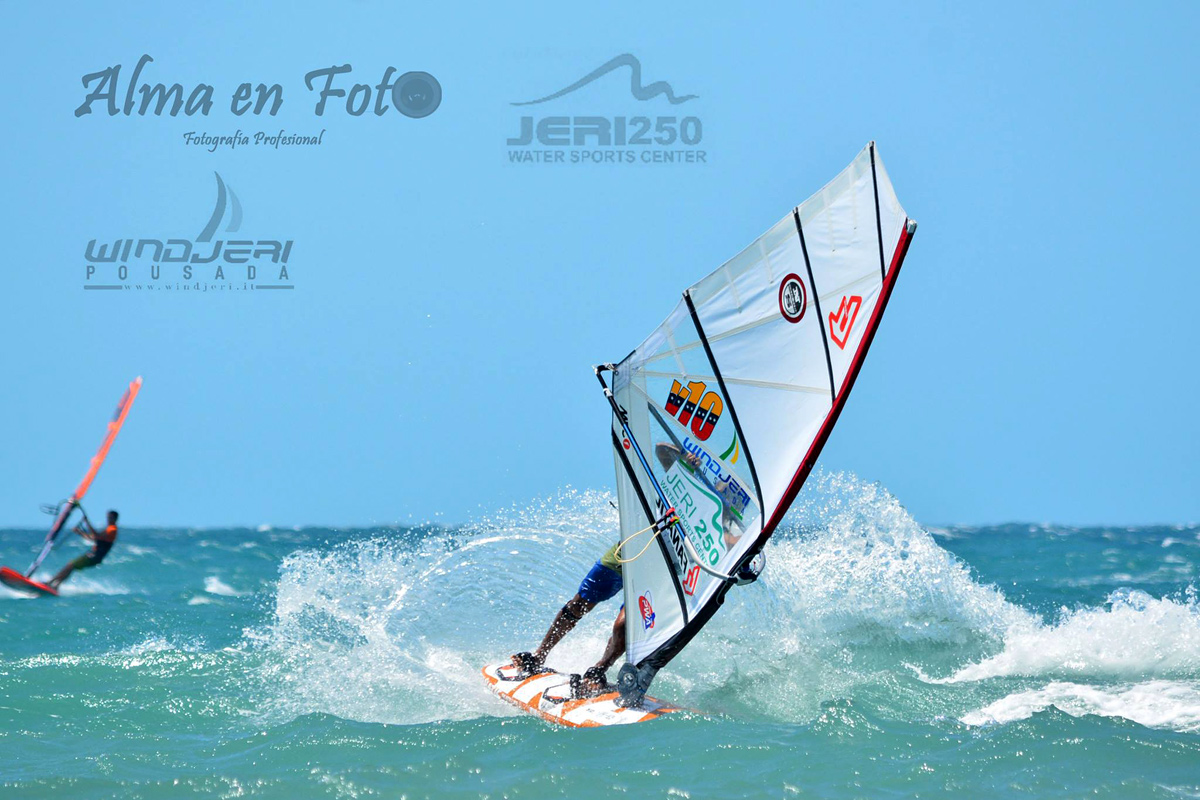 The event started on Saturday , November 12th with a Freestyle competition and excellent wind conditions, which allowed the riders to compete on their 4.5m sails.

7 times PWA Freestyle World Champion Gollito Estredo produced a firework of freestyle tricks, which secured him the title in the freestyle discipline. He had a good battle against a super consistent Phil Soltysiak. The losers final was a Brazilian duel between Brazilian heroes Edvan Souza and Hugo de Sousa, which was won by Hugo de Sousa, who showed his trade mark “power moves”.

In the ladies competition Oda Johanne from Norway won the women’s final in front of the two Dutch girls Arrianne Aukes and Jezzy Zwerus.

Oda Johanne: “It was amazing to compete in a cool spot like this. It is my favorite condition doing freestyle in small waves. We had a good level with 3 PWA ladies in the competition. I sailed some consistent heats and I am happy to take the win. During the wave day, the waves were small, but quite nice for jumping. It was a great event, thanks for making it happen Windjeri and Jeri250!” 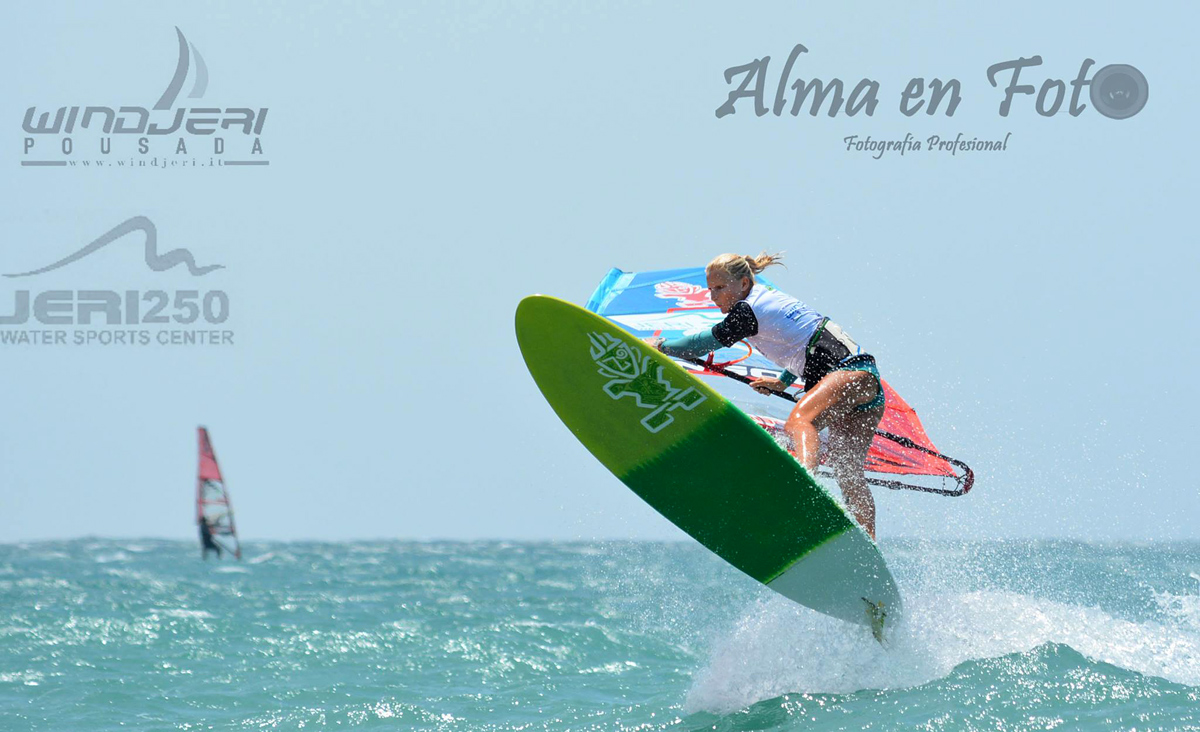 After a full week of flat water conditions some waves started to roll in along Jericoacoara’s point in the morning of Saturday. In the first heats the best 2 jumps and the best wave ride was counting. Later the judges decided due to the improving waves to count the best 2 wave rides and the best jump.

This time local hero Edvan Souza was on a mission and managed to win all his heats, including the winners final against Ian Mouro Lemos. In the losers final Chico Bento, the king of Capoeira took the opportunity to beat the king of freestyle Jose Gollito Estredo.

In the ladies wave ranking, once again, the Norwegian Oda Johanne took the first place ahead of Arrianne Aukes. Italian Aurora d’Apolito managed to finish in third.

At the end of the day it was time to celebrate at WindJeri Pousada, but not just the winners and the riders, also the great organization, the speakers Colin Dixon and Tom Soltysiak, the event manager Edvan Souza, and Luca Amadori, who is Mr. Windjeri. Luca isn’t only the main sponsor, he as well is the soul and the engine of this annual Wave and Freestyle Contest in Jericoacoara in Brazil. 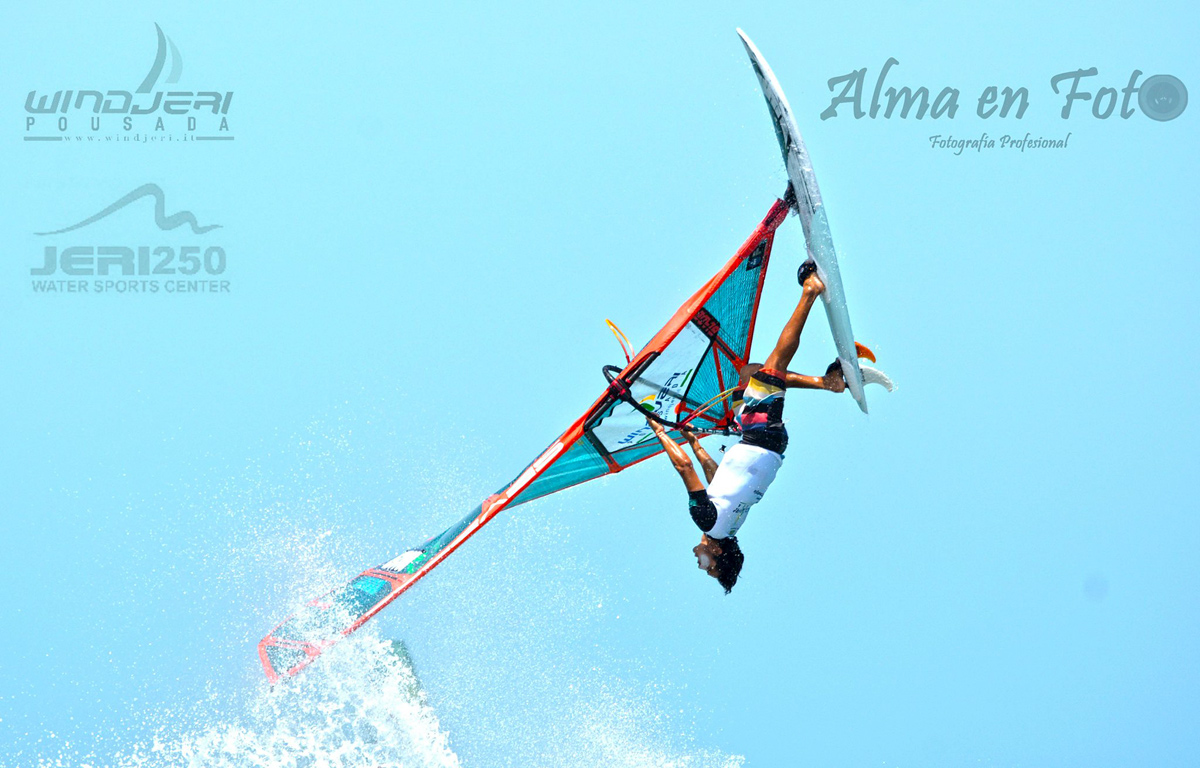 Edvan Souza nails a Shaka during the 2016 Windjeri FSW Contest

Phil Soltysiak with a great performance in Jericoacoara, 2nd in Freestyle

The ladies are ready for their heat