Resi Stiegler, the girlfriend of Kevin Pritchard, is a professional Ski racer from Jackson Hole. She already made several podiums in the FIS Worldcup during her career, but had as well several bad crashes and heavy injuries, which stopped her competing for many months. Her favourite discipline is the Slalom, but she races in Giant Slaloms, too. We had a chat with the extrovert lady, who really has fun all the time and got famous by wearing  funny tiger ears on her helmet. Kevin Pritchard has produced a really nice clip about his girlfriend, which shows Resi on Maui and racing in the snow during her summer training. 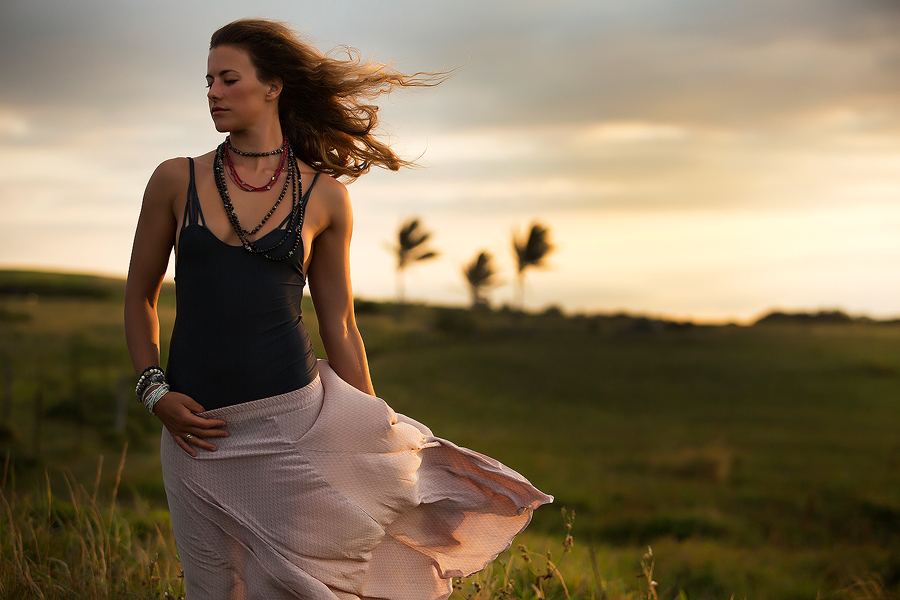 “To enjoy life, to find what makes you happy and to get out and love up that big bold beautiful world. Join me in the dream. This is my path, my life, and I want you to be apart of it. This is a little bit more about me, on and off the hill. It’s about showing more of who I am, not just the racer not just the artist but the person, Resi. The born and raised, Wyoming kid who loves the outdoors and adventures. The journey to success and all that you learn, the people you meet and the things you see and experience is more important to me. It has always been about the adventure and I would like to share that with you. I want to inspire you to be great. I have a good feeling about this movement, this addiction to laughter and to making people smile and to have some amazing trips.Come dream with me!“ (Resi Stiegler, professional ski racer & windsurfer)

Read an interview with Resi and experience the thoughts of a newcomer in windsurfing:

C7: Hi Resi, how are you doing? Full on training?

Resi Stiegler: Yes, I am doing well. We just arrived in Colorado for our last prep session on snow before my first world cup in Levi Finland. Im feeling good and excited for the season.

C7: It will be a highlight skiing season with Olympic games in Russia. Gives that an extra motivation for the training?

Resi Stiegler: The Olympics are a huge year and a lot of fun. Lots of excitment. I have been training really hard this summer so I feel good about things and I have a good feeling about this year! 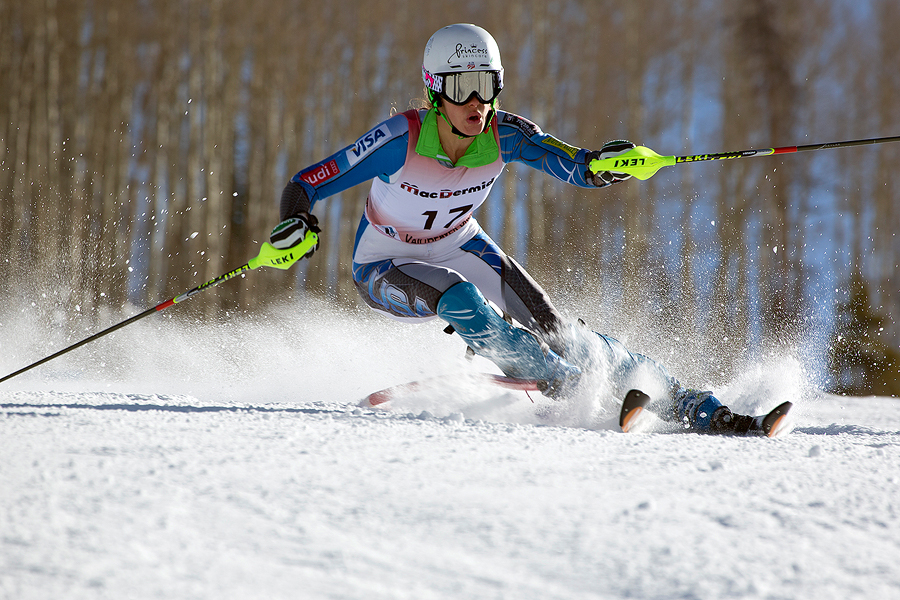 C7: Did you find time to spend some weeks on Maui, together with Kevin?
Resi Stiegler: I always try to find as much time to get to Maui as possible. Kevin and I are good about meeting up all around the world! Maui is such a a great place for me to get away and enjoy some sun and the salt water is great for the body!

C7: How is your windsurfing doing?
Resi Stiegler: I have worked really hard at windsurfing. I had never tried it before and I was very impressed with Kevin and he is such a great teacher. I was immediately interested in getting better. It was never easy and entirely different from skiing and the other sports I play. So it was a lot of work but I am water starting no problem and I am working on my jibs right now which are hit and miss.

C7: Is it a sport you would do yourself if you wouldn’t be in a relation with a windsurfing World Champion?
Resi Stiegler: I’m not totally sure. I have always been attracted to the ocean, but never had the chance to enjoy it or learn any water sports. I swam when I was a kid and I play soccer and spend most of my time in the mountains hiking or mountain biking so I think I would have probably gotten more into mountaineering. I am lucky to live in Jackson and be about to spend so much time in the mountains exploring and also be able to improve my windsurfing and surfing at the same time on Maui.

C7: What do you like about windsurfing?
Resi Stiegler: I love windsurfing, because it was so different than anything else I had ever tried and it was difficult. You know I like a real challenge. I love that you can get some wind in your face and go fast…. that is similar to skiing.  I think when Kevin took me out at Hookipa for my first time that was really special. It was obviously not a big day, but it was still hard and there were some waves, so it was exciting!

C7: Many experts, like Robby Naish, mentioned that windsurfing is really difficult to learn and a hard sport. Are you the same opinion if you compare it with Skiing?
Resi Stiegler: I think skiing and windsurfing have a lot in common, because they are not sports you can just pick up. It takes a lot of time and focus. I think that’s why so many people criss cross between the two.

C7: What’s the next move you will learn on board?
Resi Stiegler: I am really interested in learning some tricks. I know I can go fast but tricks and some really good carving on waves looks like the ultimate! But then again anything I watch Kevin does looks good to me! 🙂

C7: Is windsurfing a supportive sport for your skiing. Many famous ski racers did windsurf or still do like Guenther Mader, Alberto Tomba, Ingemar Stenmark, Julia Mancuso or Tina Maze?
Resi Stiegler: Yes I  am a firm believer in challenging the athlete. Its good for you to use your brain in the focus of something new and to use your body in a different sport than you are use too. Its good cross training for sure!

C7: How is Kevin on skis or on the snowboard?
Resi Stiegler: ouhhh boy hhahaha he has some work to do! He doesn’t like the cold very much, so I just wanted him to get out and enjoy the mountains so he choose snowboarding naturally. Most of my friends snowboard so I am cool with it. He is a natural but I still think he needs to try some skis. He has such little legs! 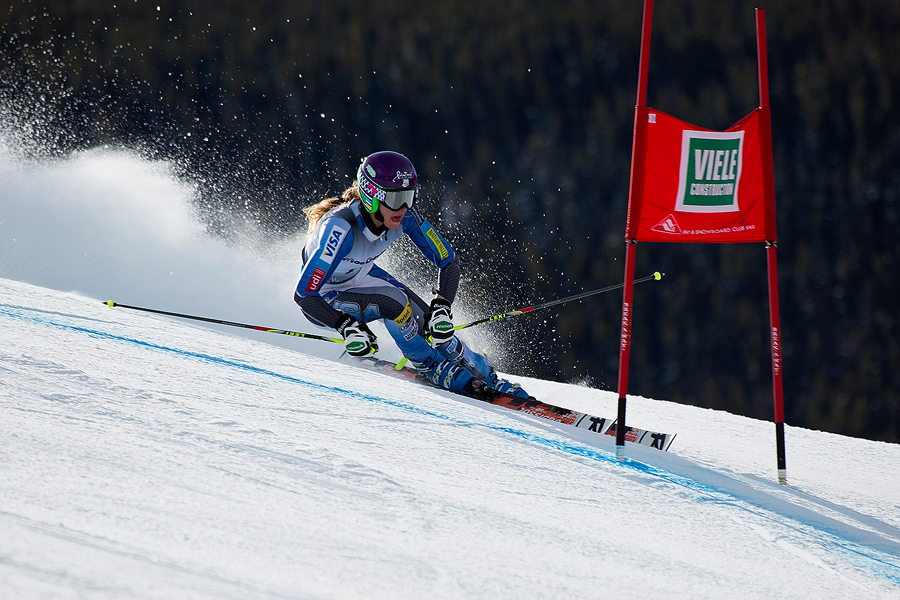 C7: Thanks so much for the interview and see you in the snow.

chris2017-01-19T14:22:36+01:00November 3rd, 2013|
Subscribe
0 Comments
Inline Feedbacks
View all comments
This website is using Google Analytics. Please click here if you want to opt-out. Click here to opt-out.
0
0
Would love your thoughts, please comment.x
()
x
| Reply
We use cookies to ensure that we give you the best experience on our website. If you continue to use this site we will assume that you are happy with it.OkNoRead more