On day 7 Victor Fernandez defeated Marcilio Browne to win the final wave event of the year. The conditions were differently than the last days at the Windsurf World Cup Sylt 2017. The wind was blowing more from the north, which means there were side-onshore starboard tack conditions during the final. Victor won in the waves with a clear distance but lost closely in the jumping category. Victor had the better wave selection than Marcilio and showed that he is able to win in port tack and starboard tack conditions. It is Victor’s second time winning this event. He won the event for the first time in 2009 but in between then and today were years without a wave competition.

Watch a visibly overwhelmed Victor Fernandez after winning the wave event in Sylt for the second time after 2009. 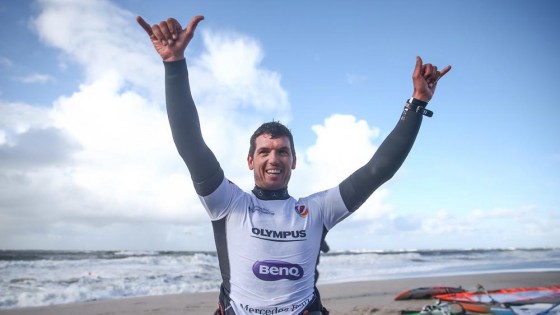